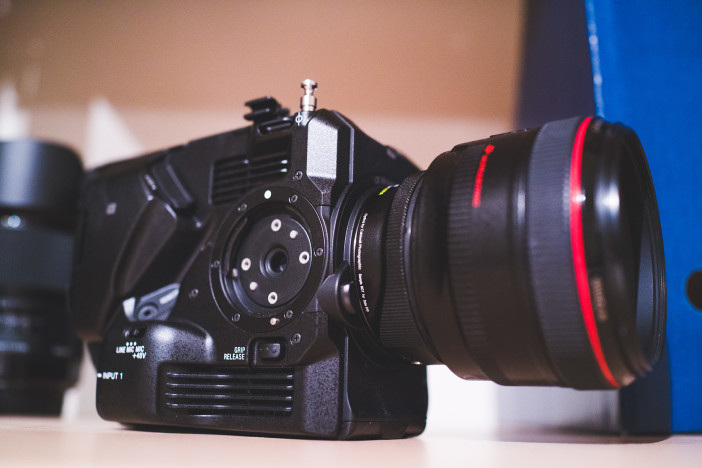 This firmware update is reasonably affordable for most FS5 owners at $600 and 500 euros.

It’s to the advantage of non-RAW shooters too, since the Odyssey 7Q+ is capable of encoding the raw image to 10bit ProRes on the fly, saving space and applying a LOG curve or a LUT to the recorded footage.

This should be a great way to get the most dynamic range out of the FS5, bump the image quality up to FS7 ProRes standard and beyond with RAW. Colour performance will improve and it will be a way to bypass the rather poor internal picture profiles.

The new firmware 2.0 (which is free of charge) notably adds an auto-exposure setting to the electronically variable ND filter, allowing users to ride the ND for exposure whilst keeping the iris, shutter and ISO on optimal settings.

More news from NAB 2016 later. So far it’s a been a little bit slow in terms of new releases, with nothing of note from Canon or Blackmagic spotted yet.