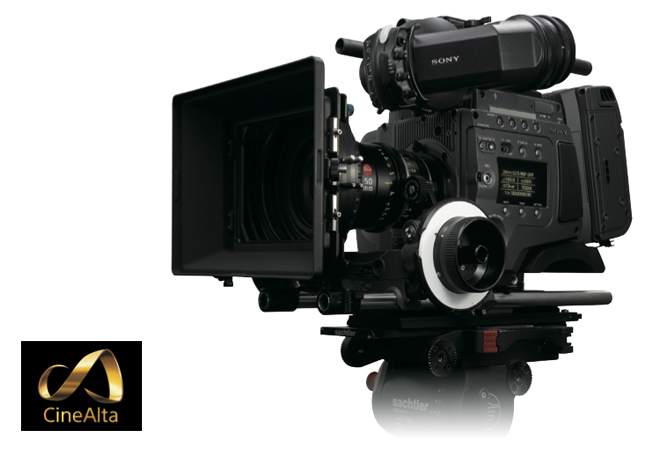 I have always wondered what a Sony product would look like if it had the full force of their technology behind it. Have Sony just killed the Alexa? It certainly seems so. With a January release date the Sony F65, and set to be shown at the IBC in Amsterdam this week – the F65 is the successor to the Sony CineAlta F35.

The previous Sony CineAlta F35 is currently in the hands of the major Hollywood studios, some were used for example on Red Tails as the main camera. That is the calibre of camera we’re talking about here – and the price of the F35 for the studios was between $250,000 and $400,000.

The F65 is an utter beast of a camera, it does 16bit RAW from an 20MP 8K sensor. It has a wider colour gamut than film and 14 stops of dynamic range – similar latitude to film but with a far better signal to noise ratio. Unlike the EPIC it’s the world’s first camera to offer a dedicated green photosite for every pixel in the 4K output image, meaning true 4K resolution whilst maintaining full colour information.

In the future it will also be possible to de-mosaic 8K from the F65 RAW files, but at the moment 8K is not a requirement since the displays and projection systems capable of it are not commonly used even in theatres. Though Sharp showed an 8K 85″ TV at the IFA show in Berlin this week, which was stunning to say the least – albeit from close viewing distances!

$65,000. This is extremely significant because it means Sony are aiming squarely at commercial filmmakers and rental throughout the world. By comparison a basic RED EPIC setup is over $55,000 and the Arri Alexa costs at best $50,000.

Otto Nemenz International will be the first rental house in Hollywood to get the camera, that puts it within the grasp of indie filmmakers.

That RAW footage takes up a lot of space as you’d expect. It records 60 minutes of 4K 24p footage to 1TB (1000GB) or space, though storage is relatively cheap these days so if your company can afford this camera they can probably also afford the computer hardware to handle it! 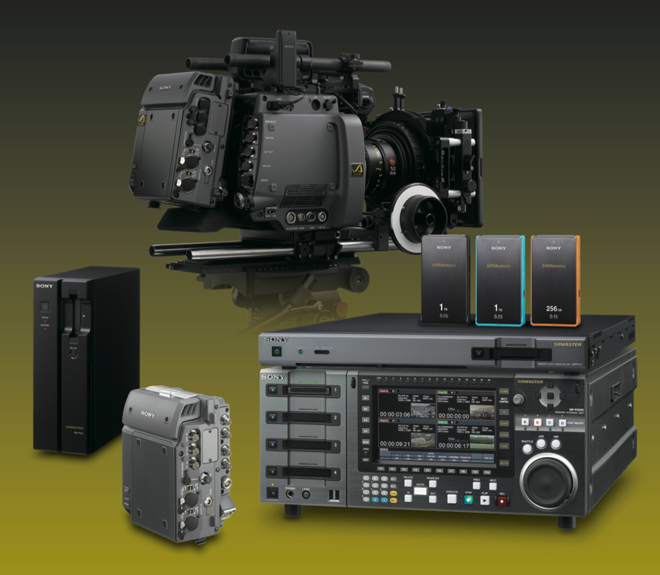 The F65 has a few innovative tricks up it’s sleeve as well such as a mechanical rotary shutter system to eliminate CMOS rolling shutter. This consists of quickly rotating blades that act like the mechanical shutter on a DSLR. With a mechanical shutter rather than with the electronic rolling line-by-line shutter of a CMOS you don’t get artefacts like jello and flash banding.

Other features are WiFi control via a tablet like the iPad, 120fps in 1080p mode and up to 60p for overcrank in 4K mode.

With the F65 Sony are aiming at a broad spectrum of pro video production, including TV not just cinema.

Sony are on fire at the moment. This represents the absolute cutting edge of what’s possible with digital cinema at the moment and from a technology point of view it’s very interesting.

Read more about this camera here