Long ago there were rumours Sony had licensed 5 axis IBIS from Olympus. Either way they now have the technology and the Sony A7 II is the first to get it.

If Sony can put an internal 4K codec and 5 axis stabilisation on the A7 S II then they will keep me as a customer for a VERY long time. How can anyone else really have an answer to that?

The Sony A7 II gets some really useful additions for video as well as the amazing stabilisation system which I loved so much on the OM-D E-M1. There’s no real reason to have an E-M1 now this is out. It says a lot about how useful 5 axis stabilisation was with all my lenses that I kept it this long.

XAVC-S records 1080/50p. It also has a clean HDMI output with timecode and start / stop trigger like the A7S but it isn’t 4K. I am hoping Sony have updated the sensor in the A7 II to the same 24MP chip used in the Nikon D750 which delivers excellent video almost as good as the A7S in 1080p, with very little moire or aliasing. The sensor in the old A7 did very poor video so I hope they haven’t kept it.

S-LOG 2 and the other pro video picture profiles are in this camera which is fantastic. It really could be like an A7S for 1080p, just without the same insane low light performance, or 4K of course.

Here’s how 5 axis stabilisation on the sensor actually works…

Sony previously had in-body stabilisation on a full frame sensor with the A99 but it wasn’t 5 axis. It could be that they just developed this system and didn’t need to license the technology from Olympus.

The camera has had a Japanese-only announcement which is a little odd but I fully expect the rest of the world will get it soon. The price in Japan is around the same as the A7 was at launch so approximately 1300 euros.

The camera gets both a mic and headphone socket, plus manual audio controls and meters, same as the A7S.

The grip has been redesigned and is now more like the E-M1 with the shutter release further forward where it should be and a front jog dial. Very welcome change this!

The body is now fully magnesium alloy and looks it from the outside, without the shiny plastic finish of the A7 at the front.

Also the lens mount has been beefed up and two custom buttons put on top of the camera, one of which would make an ideal movie record button. Let’s hope so because the actual record button is still in a silly place on the rear shoulder of the camera. 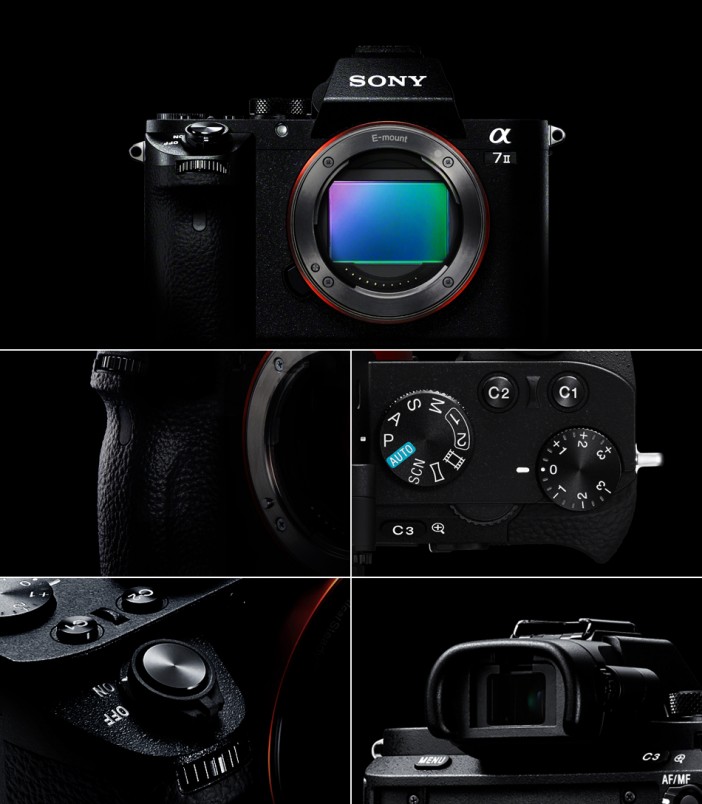 The matt finish is a welcome change… no more finger prints. It’s still not as nice looking as the Fuji X-T1 in my opinion, but it’s an improvement.

The EVF is 0.71x magnification, 2.3 million dots. The rear LCD has been bumped up to 1.3 megapixels.

The EVF is still not as big as the one on the X-T1. Hopefully they will save that for the A7R II and A7S II! 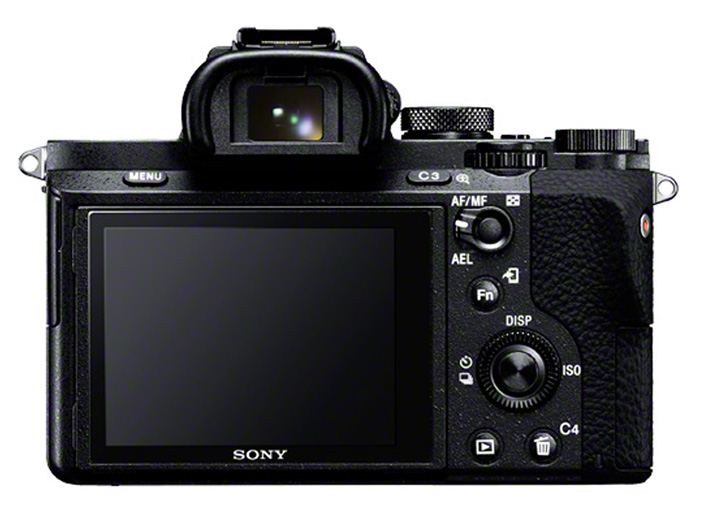 Overall this could be the perfect run & gun b-camera to the A7S for handheld work.

I shot an entire music video handheld on the Olympus E-M1 and the system is just so effective at locking down shots.

To just throw away all the rigging and even your tripod, and just shoot & focus on the creative stuff is very liberating.

For stills as well, it will be insane at some point in the future to be able to walk around with an A7S II shooting low light at 1/5 shutter speed with no tripod.

The effectiveness of the 5 axis system is nearly 5 stops. Add that to the already impressive high ISO performance of the A7S!

The other use for 5 axis IBIS is that you can put a very strong ND filter on the lens and shoot motion flowing through a still background, like a crowd in a city street with motion blur but lots of detail intact in the surrounding stillness.

Yet more great mirrorless technology, which makes me wonder if I will ever go back to a traditional DSLR again, with OIS on the lenses.