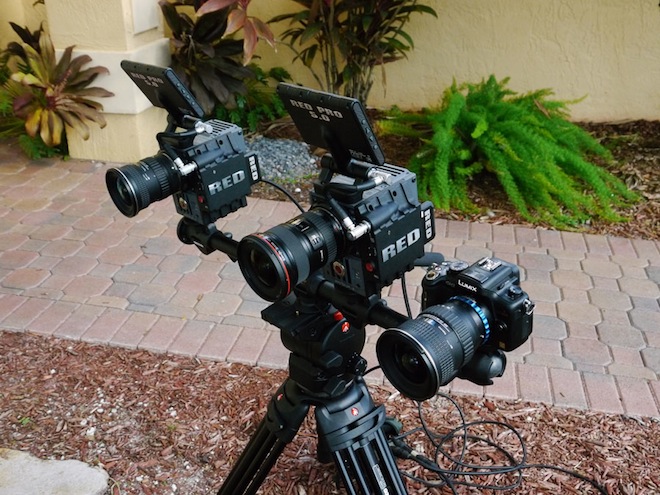 David Cole of 3D rig builders Beampath have a new 3D rig based on the Panasonic GH2 and RED Scarlet, which has also given him an excellent excuse to put the GH2 and Scarlet into battle. Says David “I gotta say that the hacked GH2 should not be embarrassed to be on the same bar”.

How exactly does the Scarlet and GH2 compare? EOSHD pixels peeps… 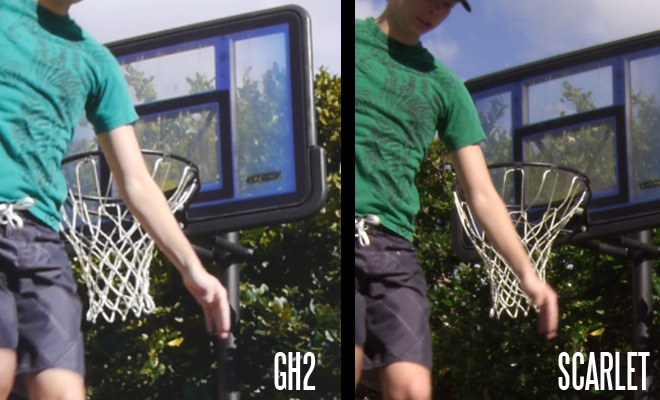 The GH2 is certainly a match for the Scarlet in terms of resolution at 2K, even at a push upscaled to 2.5K.

The biggest difference is in latitude and compression in the shadows. The Scarlet has more latitude and a flatter picture profile because of its RAW recording format. Dynamic range is less on the GH2 and the lows look more highly compressed. Here I have boosted the lows in post on both shots to show what is going on… 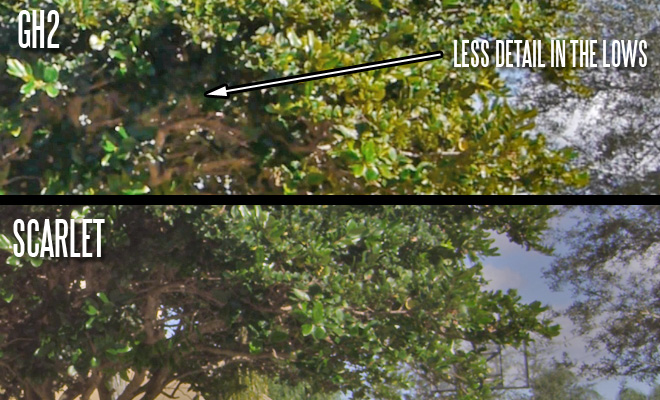 If you crush the blacks and with a punch picture profile, this won’t be as noticeable.

Straight off the camera the GH2 can look great, but the Scarlet holds up far better in post, where you are able to change pretty much any aspect of the image to a massive extent. This simply isn’t possible with DSLR footage.

In low light, the GH2 puts up a good fight. In fact from some tests I have seen the GH2 come out slightly on top in low light but the shadows are still more blocky. Grain however is very fine and helps to hide the blocking of the lows.

Colour is smoother and more natural on the Scarlet but artefacts (aliasing and moire) seem not noticeable on both cameras. It really is an impressively clean image from the downscaled 18MP NMOS sensor in the GH2.

The GH2’s image is punchy and baked in, and cannot be flattened as much as with the RAW video from the Scarlet, but David is doing another test with Smooth and -2 contrast to bring up the shadows a bit. All in all the GH2 puts up an incredible fight considering the massive price difference.

The fact remains – most of your audience won’t tell the difference whether your film is shot on the Scarlet or GH2. It is not the size of your gun that counts, but what you do with it!