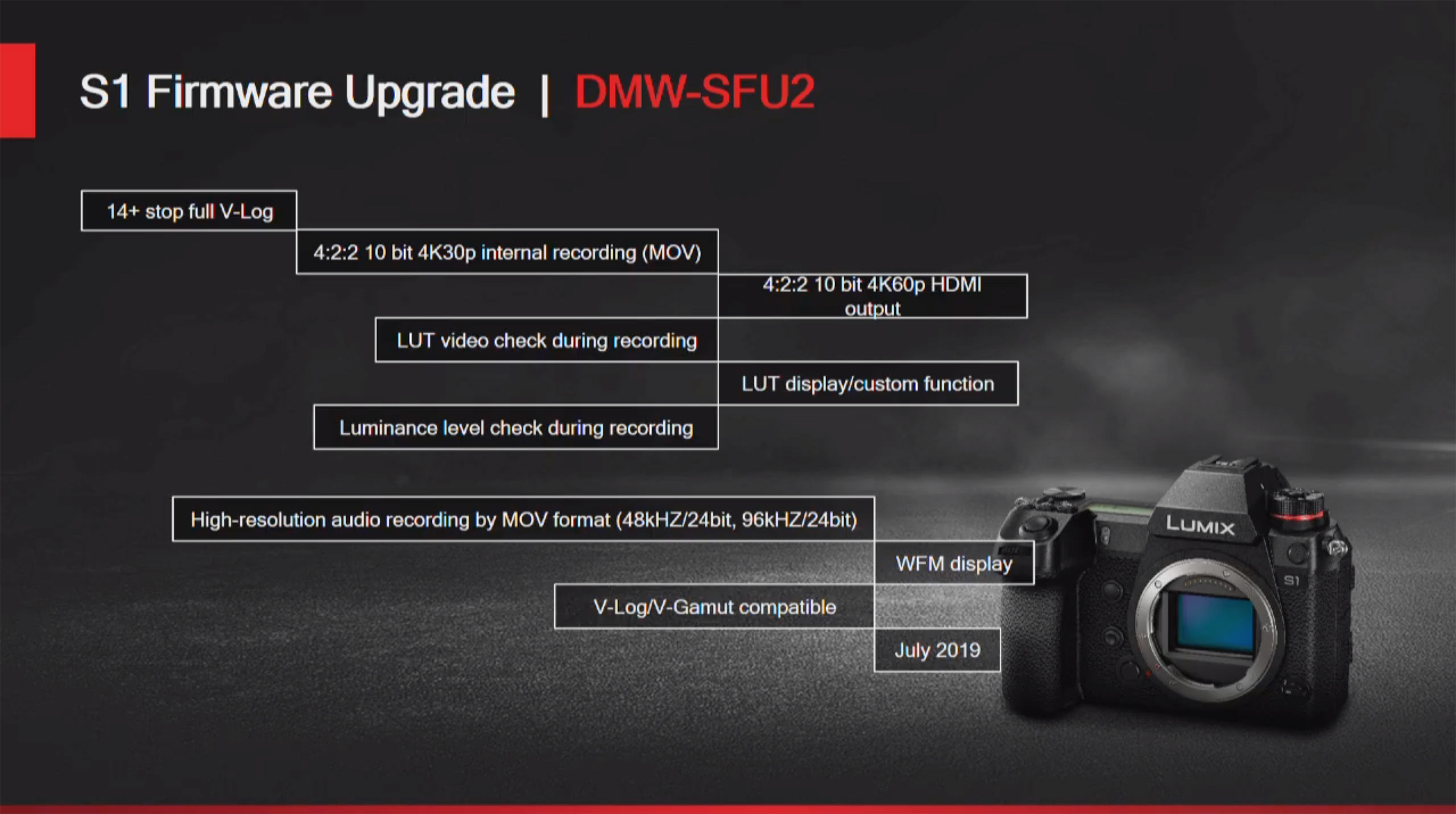 The slide above shows just how extensive this is. I had expected V-LOG and a higher bitrate in 10bit, but to get LUT functions, high resolution audio codec support and waveform monitoring is superb.

According to B&H the upgrade key will be released in July for $199.99, in a similar way the GH5 key was handled.

What isn’t yet known is the bitrate for the 10bit 4:2:2 recording internally and oddly enough it doesn’t mention whether this is H.264 or H.265. I don’t yet have any information on whether the upgraded codec offers ALL-I as well as LONG GOP recording but will update this post when I find out.

With the S1 already coming so close to the spec of the S1H for just $2700 including the fancy codec upgrade, I’d say it’s the bargain of 2019.