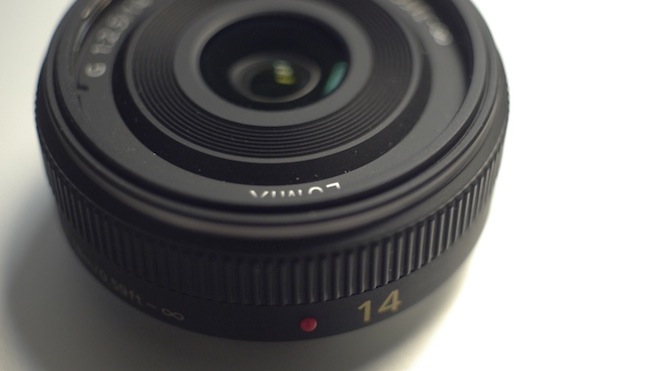 The Lumix 14mm F2.5 is the smallest interchangeable digital camera lens ever made. Smaller than even the Lumix 20mm F1.7 and much lighter, it is even rather well built for a mere ‘kit lens’. Like the excellent 20mm which came with the GF1, the 14mm is bundled with the GF2 and that represents fantastic value, since the lens retails for over £250 on it’s own.

Fast wide angle lenses are tricky on Micro Four Thirds since the crop sensor turns typical wide angle focal lengths like 28mm and 24mm into mere portrait lenses, roughly equivalent to a 50mm on the 5D Mark II of course. So we need to go to extremes to achieve the same field of view.

Panasonic are listening and although the much rumoured 12-75mm F2.5 has so far failed to materialise they have cooked us up a pancake

The main competitors are the Leica 14-50mm and Tokina 11-16mm F2.8 and neither as cheap nor as fast, and certainly not as small by a long shot. So as a kit lens to your Girlfriend Camera the 14mm could not have been better. It makes the typical Canon kit lenses like the 18-55mm look like a child’s plaything, both in terms of build, size, and a fast aperture – all for a pretty damned good price.

Shallower depth of field on the Lumix 14mm pancake 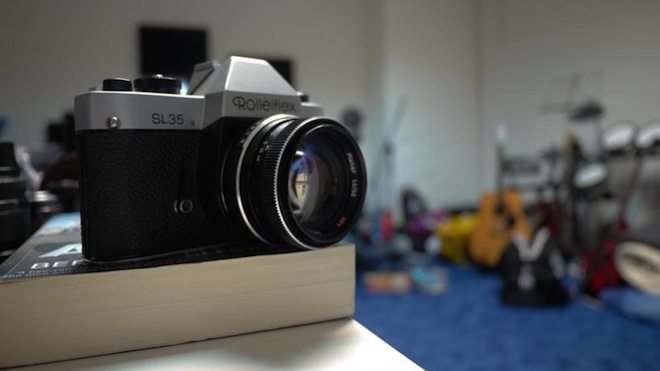 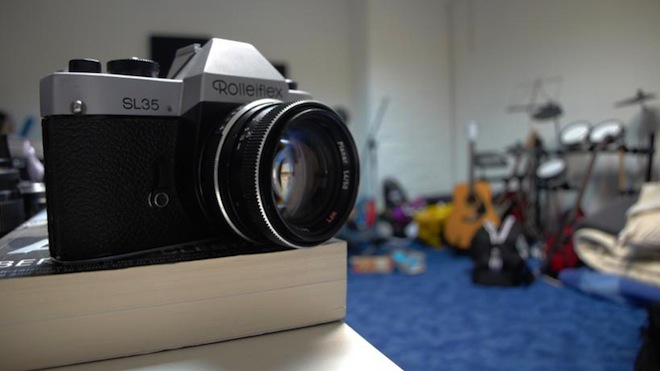 As it is, 14mm at F2.5 is a very ambitious design and it needs internal distortion correction that only Panasonic Lumix G cameras do. On the Olympus cameras you get some barrel distortion but this is fixed on the GH2 and GF2, even in movie mode.

Here I compare to the Olympus Four Thirds 14-42mm F3.5 which is known to be one of the sharpest kit lenses around. How does the Lumix 14mm F2.5 pancake compare wide open? Does it all turn to mush? Far from it.

The 14mm Lumix pancake has a shallower depth of field, a slightly different depth compression (seems to have the characteristic of a slightly wider lens) and is every bit as sharp as the 14mm Olympus zoom when both lenses are wide open. The larger aperture by a full stop is a nice benefit to have and makes the Lumix pancake a must-buy. 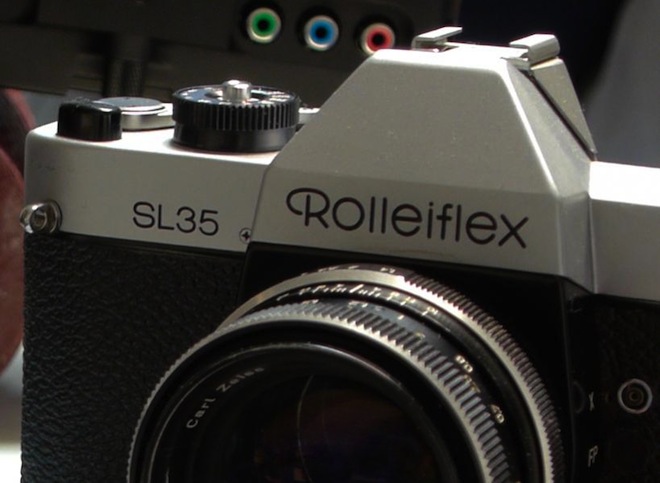 The 14mm pancake is highly recommended. It continues Panasonic’s approach to quality kit lenses, and I’ve enjoyed all of Panasonic’s Micro Four Thirds optics so far, apart from the rather high price of the fisheye, ultra wide and 100-300mm, and the slightly soft 55-200mm. But quality wise they’re mostly absolutely superb. Build too, although the rubber grip on the zoom ring of the 14-140mm had a pathetic habit of falling off after 3 months.

Panasonic are getting better at this optics game, ably guided by Leica. They have learnt a lot and improved their optics expertise in leaps and bounds. The 14mm pancake is a very modern design, and incredibly light and small, sharp wide open, has a relatively bright aperture and little distortion when paired with a Panasonic mirrorless.

The really big news for filmmakers is how good a fit this pancake is for the Panasonic LA7200 anamorphic.

There is no other lens that comes close. It’s so far off vignetting on the LA7200 compared to 14mm zooms it’s almost laughable. As a result you avoid the sharpness drop off at the edge of the frame as well(!!) and maintain a really wide angle – a wide 2.35:1 at that. No other lens comes close effectively tunnelling through this anamorphic at such a wide angle and other 14mm primes (Canon L?) are significantly more expensive since they’re designed for full frame sensors, and they vignette on the LA7200.

The good news just keeps on coming. Sharpness at F2.5, even without a diopter is very good for an anamorphic combo, other lenses like the 14-140mm have to be stopped down to F5.6 before they sharpen up with the LA7200, and most other fast lenses on APS-C DSLRs turn to mush at F2.8 with the LA7200. Not so this Lumix. That you have a truly wide angle in 2.35:1 just looks so attractive and unique. You can’t even do this with an Iscorama.

Shallow depth of field isn’t effected, despite the wider angle provided by the anamorphic, and it the result on the GH2 is really cinematic. I’m going to do my next short on this pancake on the LA7200. The front thread whilst small is sturdy enough to hold the LA7200, though you will need a few stepping rings. I use 46mm-52mm, then 52mm to 72mm. I feel that these pancakes could go out to 12mm and still not vignette on the LA7200 anamorphic and GH2. Quite extraordinary, since the LA7200 was designed for small chip DV camcorders.

A match made in heaven then. And if that isn’t a reason to add the 14mm F2.5 to your collection, then the fact it is one of the best Micro Four Thirds lenses in it’s own right, right up there with the 20mm F1.7 pancake and 7-14mm ultra wide angle should be.