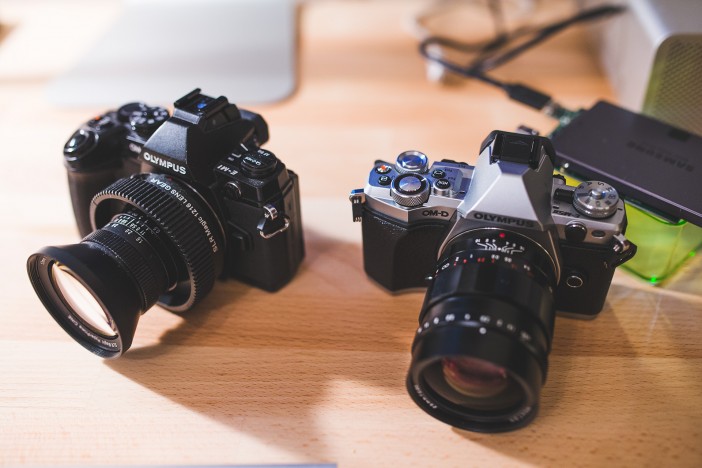 With the Olympus E-M5 Mark II we’ve been seduced.

The E-M5 II is a great camera. Let’s see how they’ve ruined it.

The handling is lovely and the design is a thing of beauty. If Apple designed a camera it might have a close resemblance. Clean lines, clear layout, seemingly cut by lasers from a glistening silver block of metal. It probably isn’t but you get the picture. Build quality is a HUGE step up from the old E-M5, even in some ways from the E-M1. The main screen is very sharp and convincing to focus with manually. We have peaking, much improved codec and of course the next generation of Olympus’s 5 axis stabilisation, the undoubted star of the show here whether you’re interested in stills or video. What other camera can I shoot at a shutter speed of 1/2 in dim light at ISO 200 handheld and get a pin sharp shot?

The High Resolution mode delivering 40MP stills is extraordinary for stills, and by stills I mean still! The subject and camera have to be still for it to work but boy does it work. Utterly staggering image quality can be had from this mode. 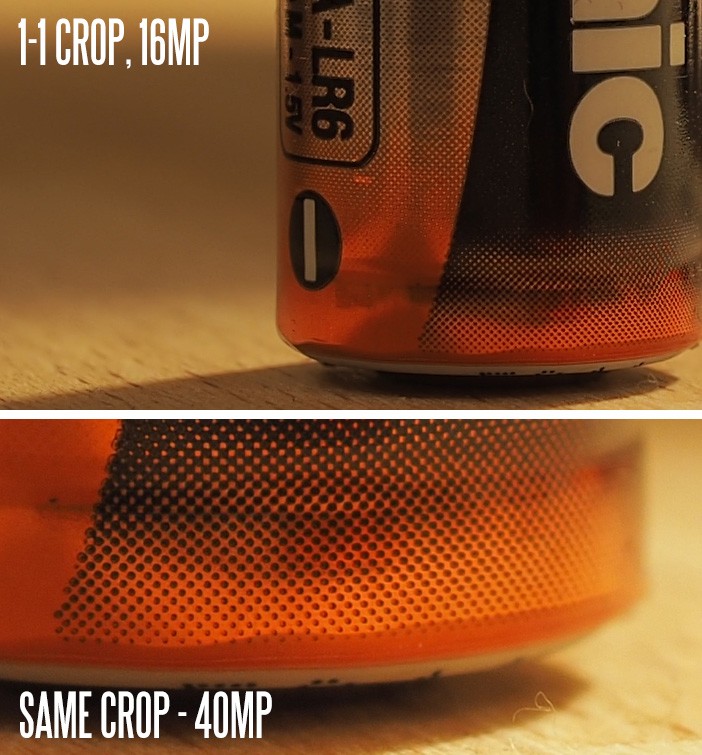 The camera is fast to focus, fast to respond, small and robust, gorgeous and feature packed.

Then for a filmmaker it all comes collapsing down like a house of cards. Not only is video quality downright amateurish by 2015 standards, it’s worse than the E-M1. It’s softer and suffers from much more severe moire & aliasing. 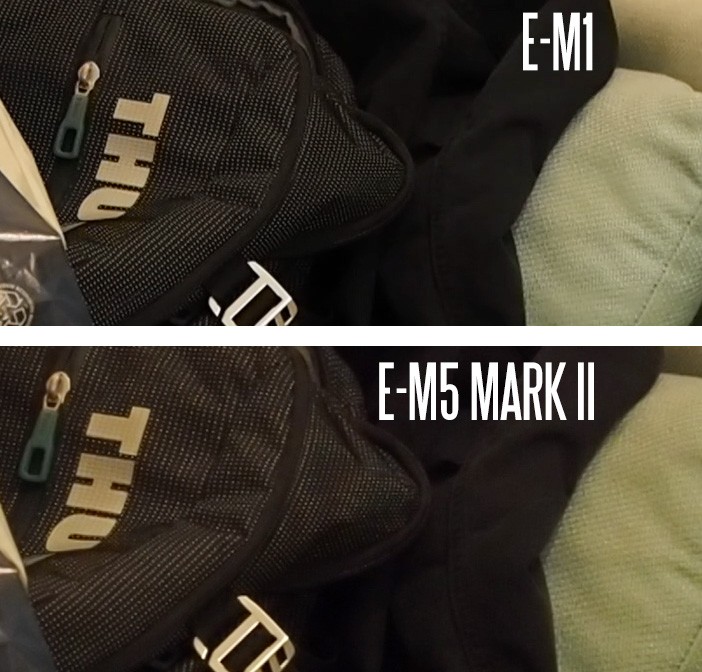 This is true of all the available frame rates with any codec setting no matter what quality setting. If you were expecting GH3 1080p quality or heaven forbid even GH2 quality out of this 2015 camera for $1099 you will be in for a stomach churning moment of disappointment. It’s a kick in the teeth for us, given the clamour from video shooters clearly was enough for Olympus to make a leap with the codec and frame rates. Even timecode is on there! But worse video quality than the year old E-M1 is simply not acceptable, especially when that camera itself was only just about good enough (by early 2014 standards before the GH4).

That’s not to say a skilled operator can’t get the most out of it, as John Brawley’s early video showed. Plenty of shallow depth of field close ups at fast apertures or at longer focal lengths do help. But with video quality this mediocre bordering on crap, Olympus may as well get a good 10-20% of their sales and throw them straight in the bin. Those with any interest in video who have the E-M1 will have to skip it however much they want 24p and the better codec. Tell me how that makes sense…

This is ultra silly. Sillier than a weasel riding a woodpecker. 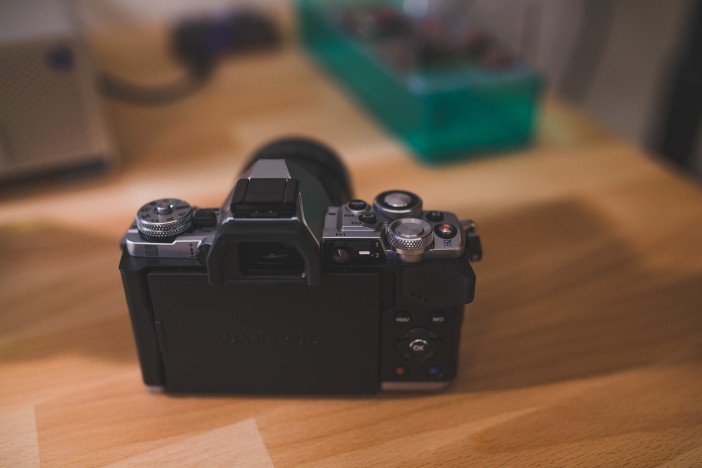 I had realistic expectations. I didn’t expect it to have 4K – although given Panasonic have 4K across their range and as low as $799 on the LX100 and the E-M1 likely shared the same 4K capable sensor as the GH4, it’s not unreasonable to suggest they might have tried a bit harder in that direction too. It’s not unreasonable to suggest that with consumers now being able to buy 50″ 4K TVs for 500 euros, they might want a 4K camera to go with it and to create 4K content. Samsung NX1 – now there’s a threat to this camera for both stills and video. Samsung no less, with virtually zero photographic pedigree, out-witting Olympus?

Olympus have some very good people advising them and testing cameras. They put it in the hands of cinematographers before it was released. Every single one of these people should have told Olympus in no uncertain terms it just wasn’t good enough. If they’d put it in my hands before release I would have given them a red card and said DO NOT put it out in this state. Fix the moire, fix the aliasing, get it to GH3 standard class of 2013 then come back to me! 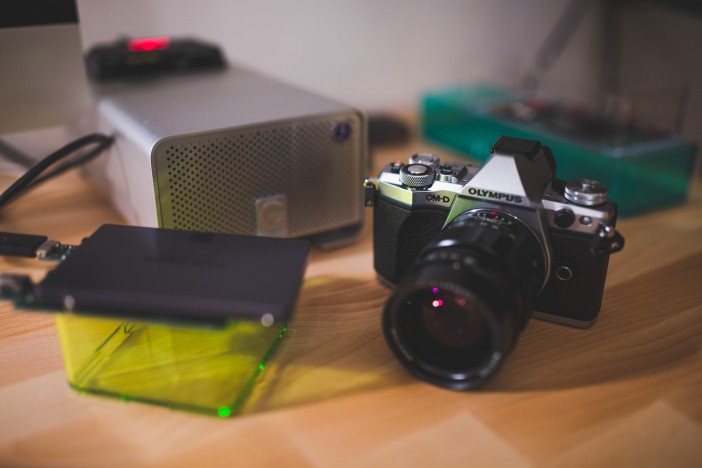 Yes, yes it’s a consumer camera (albeit one with timecode and an ALL-I codec for professional editors!!) but it’s just one rung on the ladder under the flagship Olympus model. It’s also a year newer in technological terms.

Maybe putting cameras in the hands of pros shooting on Alexas with very little experience of mirrorless or consumer cameras is the problem. Maybe they have low expectations of image quality on this ultra cheap, ultra small cameras and have never shot on a Blackmagic or a GH4. I don’t know… but whatever the case, it looks like a mighty failire of feedback and the same “Vague Feedback” problem I highlighted in the FS7 review where advisors water down their criticism to maintain their achievement of popularity at the company.

The EVF is poor too. This doesn’t compete with various other mirrorless cameras in the same price region.

So now Olympus you leave me with a big dilemma. Do I sell my E-M1 or return the E-M5 Mark II to the store?

If it wasn’t for the stabilisation I’d get rid of the pair of them quite frankly!

More on the E-M5 Mark II when I have stopped sobbing.