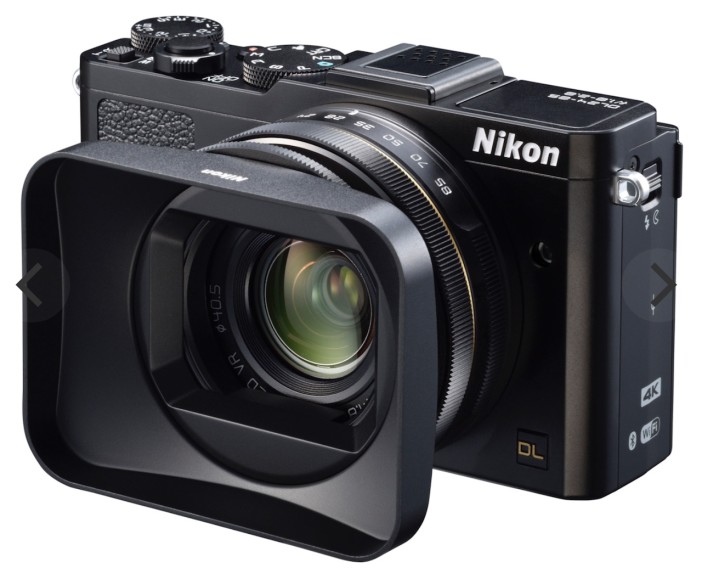 Indeed in 2016 Nikon appears to be rolling out 4K video “as standard” so far.

The lens on the DL24-500 has a 20x zoom range which is double that of the Sony RX10 II at 10x, however it lacks the constant F2.8 aperture, closing to F5.6 at the telephoto end. Interesting that Nikon have gone for reach over aperture speed.

The all-rounder DL24-85 will cost a bargain $645 when it hits stores in April. The ultra-wide DL18-50 bumps this up to $800. The super zoom bridge camera DL24-500 costs $999, a good deal if you don’t mind losing the constant F2.8 aperture in exchange for extended zoom range versus the more expensive Sony RX10 II. 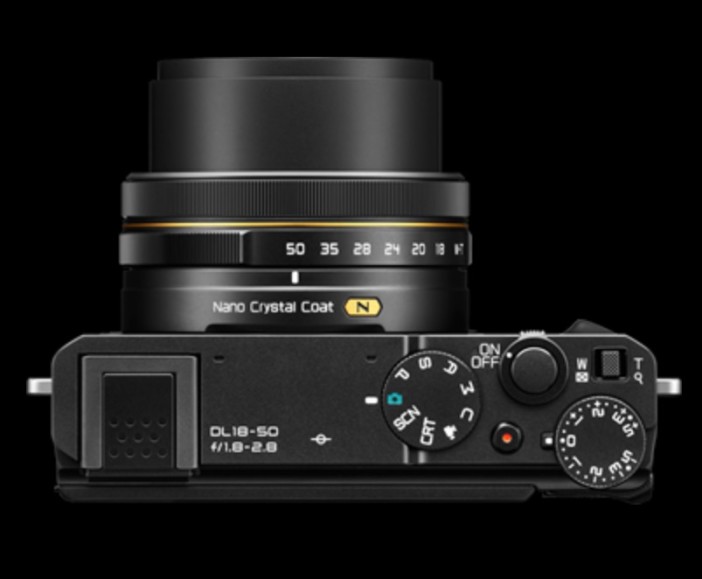 On the value for money side I think Sony has the edge. They provide a pop-up EVF for example on the RX100 IV and S-LOG. The EVF is an optional extra for the Nikon DL18-50 although the price is lower and the 24-500 bridge camera version does have a capable EVF built in. 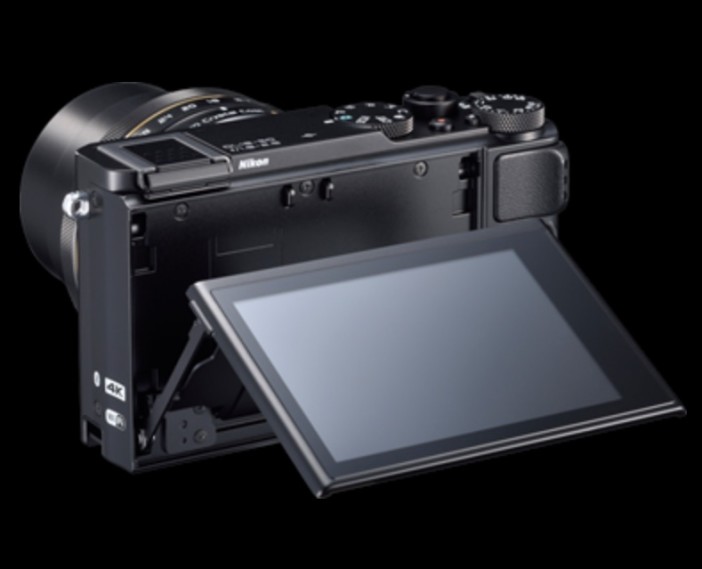 However on the standard DL24-85 a pop-up flash is provided in place of the hotshoe – presumably because the pop-up flash wouldn’t play well with the ultra wide 18mm end of the DL18-50.

For close focus the DL24-85 is the one to get offering a very good macro capability.

Unfortunately there’s no mic jack on the compact DL cameras. The super zoom bridge DL24-500 has a 3.5mm jack although no mention of a headphone outlet. 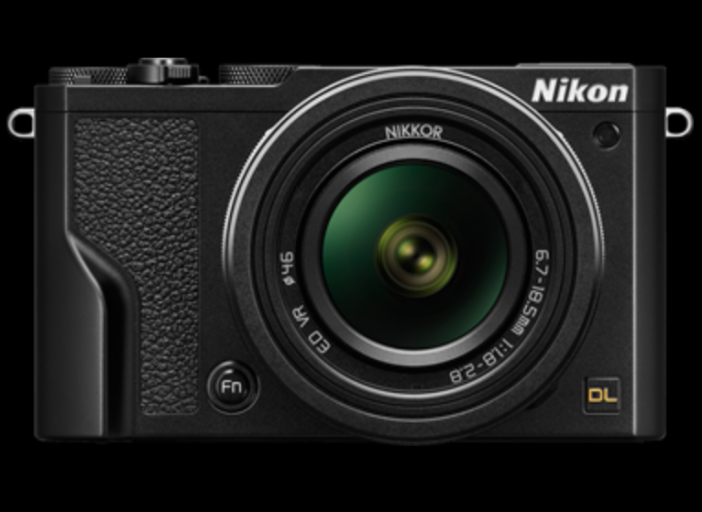 Both lenses have VR which is effective for handheld 4K video shooting. They have dedicated movie record buttons and a Fn button on the front.

The VR system on the DL24-500’s lens has two modes – normal and sport plus a second programmable function button. This camera has a GH4-style form factor and swivel screen. Manual focus is provided via the lens ring, however the AF systems on these cameras is expected to be top of the range. Phase-detect AF tracking and from my experience with the Nikon J5, they really do know how to do very fast AF in live-view on these 1″ sensor cameras. 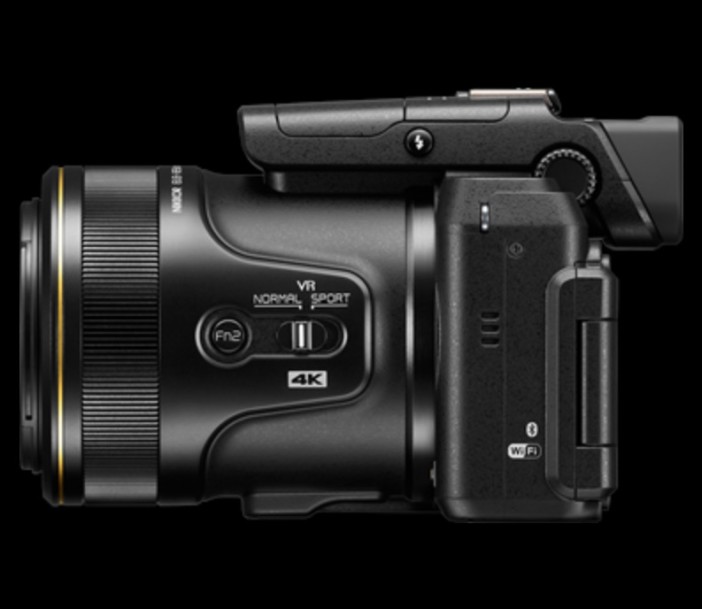 Some question marks hang over the initial information Nikon have provided on the DL series.

There’s no mention of what bitrate they are using to record 4K. I expect 100Mbit/s but a little higher would be a welcome boost.

The codec is H.264 and file format MP4. However rather scarily there’s no mention of 24p.

1080p goes to 60p but of course of more interest to filmmakers is the super slow-mo mode of 120fps also at 1080p but I don’t think this is a continuous recording mode like the one offered by Sony on the RX100 IV.

Hopefully Nikon will let us know eventually if they have the Flat profile in the cameras – this is very important to maximise dynamic range and grading flexibility. Maybe this is something they are reserving for their DSLRs or maybe not. As more information comes in be sure to check out the official Nikon DL thread on the EOSHD Forum.