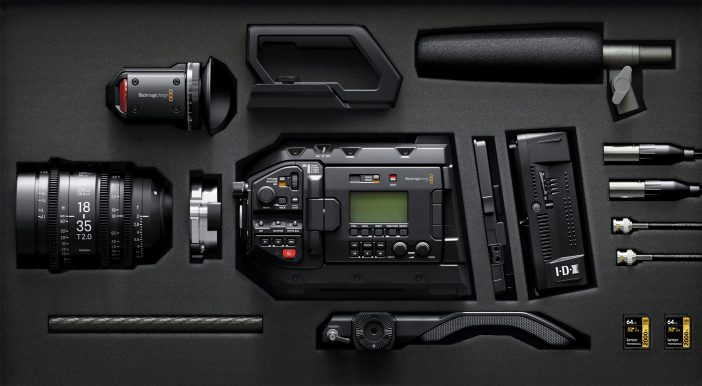 Forever I have been patiently waiting for Blackmagic to give us a sequel to the great story of 2013, where a man called Grant pioneered affordable RAW video for enthusiasts, DSLR shooters and consumers. A huge market. Since the BMCC and Pocket Cinema Camera however they have only focussed on pros. A big pity.

Grant Petty. I still have his signature in the box of my Blackmagic Pocket Cinema Camera. It seems like their affordable cameras, recorders and monitors were everywhere. For a while it seemed almost as if there was as much interest in Blackmagic as there was in Sony and Panasonic.

The new URSA Mini Pro is $6000. It can be said the new camera is superb value for money versus all the other professional cinema cameras on the market from RED, Sony, Canon and the rest.

What I really wanted to see though was a hybrid of the original 2.5K RAW shooting Cinema Camera and the smaller Pocket Cinema Camera. In no way did the Micro Cinema Camera replace it for me. Meh.

I’m surprised Blackmagic seems to have pulled out of the market for DSLR video and mirrorless video. They really brought something unique to the table.

With the emphasis now firmly on working pros, what happened to the Apple-esq touch-screen mass appeal of the earlier cameras?

And, with a heavy heart, here’s what’s new on the new URSA Mini Pro –

The main changes are ergonomic. It’s the same 4.6K sensor. It now has ND filters (2, 4 and 6 stops) and an interchangeable lens mount.

As well as CFast 2.0 it can also now record to fast UHS-II SD cards (dual slots) reducing the cost of media quite a bit.

There’s a whole new control scheme around a side-panel B&W LCD status display similar in design to the Sony F5, except many of the controls and the LCD status display are on the back of the articulated screen, so don’t actually remain on the side of the camera when the monitor is flipped out.

It is aimed at mainly at crews, operating in the fields of narrative filmmaking, broadcast and studio TV.

The camera still uses a large V-Lock battery for power, like a high end cinema camera, rather than being more economical and easier to run on camcorder batteries like the usual Canon C300 Mark II, Sony FS5 and FS7.

At first glance I’d say the ergonomic and control improvements are very welcome indeed as are the ND filters, but newly minted Blackmagic URSA Mini 4.6K owners must truly be kicking themselves. That camera hasn’t been available long before quickly becoming the inferior option. I wouldn’t say ‘obsolete’ but close to it.

Does Blackmagic no longer see any profit in putting that beautiful 4.6K sensor and ProRes codec into a GH5-style camera for $2000?

Maybe they will surprise us at NAB… But I have a feeling they may have already decided the path they want to take.