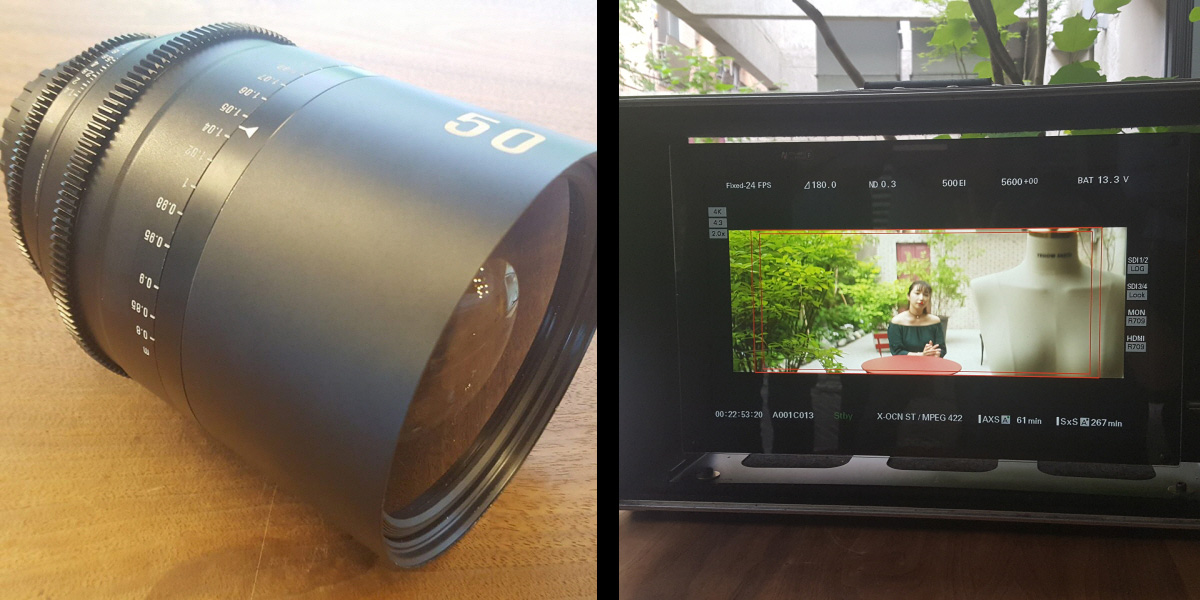 The South Korean film industry is behind a push into anamorphic lenses.

The South Korean Committee for Promotion of Film just released a press release announcing the development of a 50mm anamorphic prime (likely a 2x cinema standard lens for 4:3).

The country has long been a cinema powerhouse in Asia. One of the goals of the new Samyang lens is to reduce costs by establishing a cheap supply of domestic technology. Here’s a direct translation of the press release:

The filmmaker attended the demonstration and said, “If domestic anamorphic lenses that meet the new needs for the limitations of general Cine Lens and DI are available at lower cost, it will be possible to take a variety of photographs according to the intention of production.

The advanced film technology project supports the development of products of film technology companies with technological innovation capacity. By developing anamorphic lens, which is the result of this support project, we are expecting the activation of Korean cinematography technology by providing opportunities to spread domestic lenses at economical prices.

Meanwhile, Cine Lens ‘XEEN’ developed by Samyang Optics with the support of advanced movie technology support project in 2016 will be used in movie <Witch> which will be released next week, and it is going to show high-quality screen to audience. In addition, two sets have been sponsored by the Korean Academy of Film Arts to help improve Korean cinematography.

There are already affordable anamorphic cinema lenses available from SLR Magic, but it will be interesting to have another option as well from Samyang.

The photos show it being tested on a Sony VENICE cinema camera.

The aperture, or T-stop on the lens shows a maximum T1.4 which is very surprising for a pro-grade anamorphic. Usually they are very soft at such fast apertures and the top-end Cooke anamorphic primes go to a maximum T2.3.

Let’s see what price and performance this lens finally settles on when it is past the prototype stage.