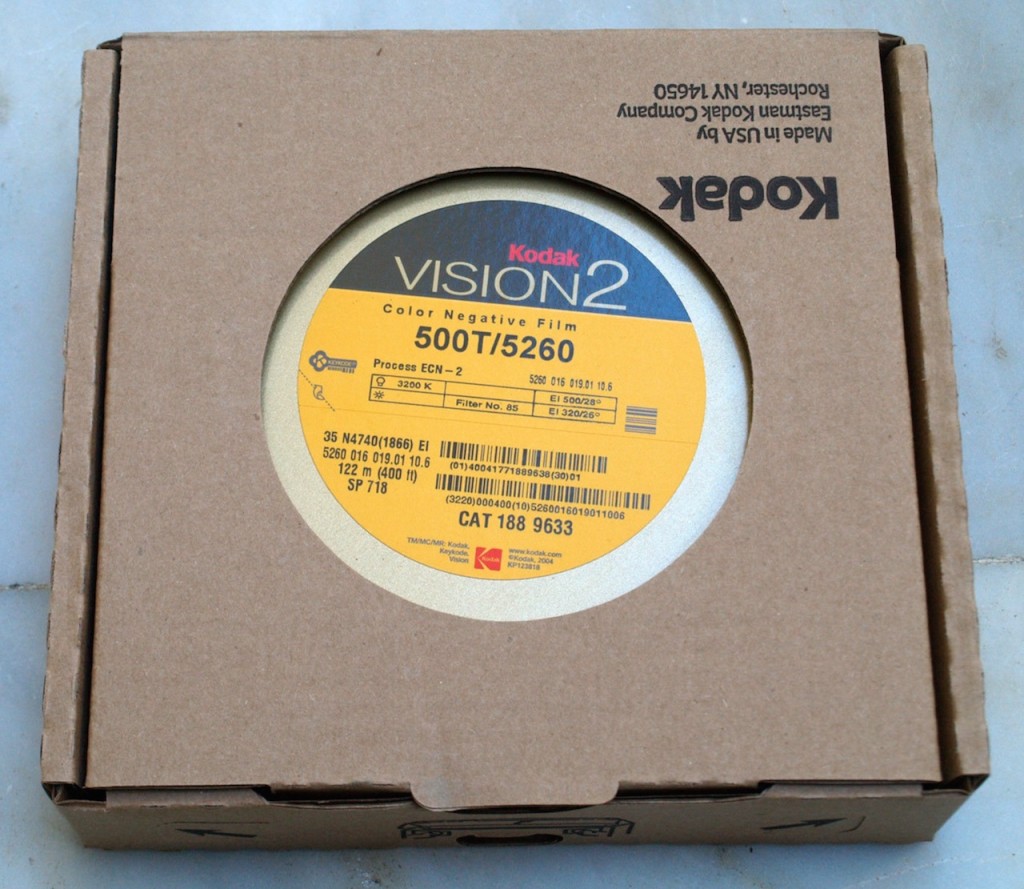 Hollywood filmmakers have been lobbying for the survival of film for quite some years. Now the studios have bowed to pressure and signed new deals with Kodak for the continued supply of celluloid.

I read the views from two sides immediately upon stumbling across this news. Guess which side I came down on.

Film is dead for a reason.

Here’s the article, brought to our attention by Nofilmschool (thanks). Now the author at that blog makes some great points, but closes by saying:

Kodak’s agreement with the Big Six keeps that option secure for many years and many filmmakers to come.

Actually film has just been preserved for the few, by an elite. Unless you go knocking on the door of Universal or Warner Bros studios, it is unlikely you will benefit from this deal.

Digital is a democracy.

Artistically and creatively, digital is now superior to film.

Then I read my friend Andrew Wonder’s post on Facebook about this, which so succinctly sums up the other side of the argument…

Oh yes. I wistfully remember the time when a full days work could be ruined by a piece of hair or dust or the youngest person on set zipping up a bag incorrectly?

Or what about how by the time we hit vision 2 film lost all it’s personality and character to its grain? For me film died when Kodak stopped worrying about “the look of film” and instead focused on making things clean and maximizing dynamic range. It was a battle that celluloid was destined to lose and now it’s too late to go back.

At this point doesn’t it feel like if you miss film it’s because you’re either too old to change your ways or too young to have ever actually dealt with it?

I think we have a romanticised view of film, indeed a romantic view of the past in general.

The fact is when Shane Hurlbut recently tested a modern Kodak film stock he found digital more emotionally pleasing in every way. The fact is that the modern film stocks are more clinical than the older, discontinued ones. Yet most people don’t see it that way.

In fact modern digital formats are becoming so flexible in post that the difference is disappearing between film and digital.

Lars Von Trier was one of the first pioneers of digital and it changed the way he worked creatively. For Dancer In The Dark and The Five Obstructions he shot reams of footage on digital, with the freedom to capture far more footage and far more unplanned moments, more beautiful accidents than you can plan for on a 12 minute can of film.

It’s often these beautiful accidents or sheer unplanned unprofessionalism that lends a film so much creativity.

Today’s Hollywood output suffers from too much planned professionalism.

Christopher Nolan and the other defenders of film should take a hint from Lars Von Trier.

Most of Nolan’s work feels cold and that isn’t because he isn’t a top league talent as a director, it’s because he meticulously plans and calculates far too much. For a filmmaker like this working slowly with the restrictions of celluloid reinforces the technique further. For me, it leaves me cold emotionally.

And the primary reason for holding onto the past? Emotions.

Let’s not let nostalgia hold us back. Let’s start by saying no to film, to reject what the failing giant Kodak has to offer, and focus on making digital look more emotional. Dancer In The Dark looked so digital, it now looks worse than the output of most cellphones! Yet in packs an enormous emotional punch, a lot of it down to that look.

I just feel that legitimising obsolesce at the highest level of the studio system will legitimise their own.