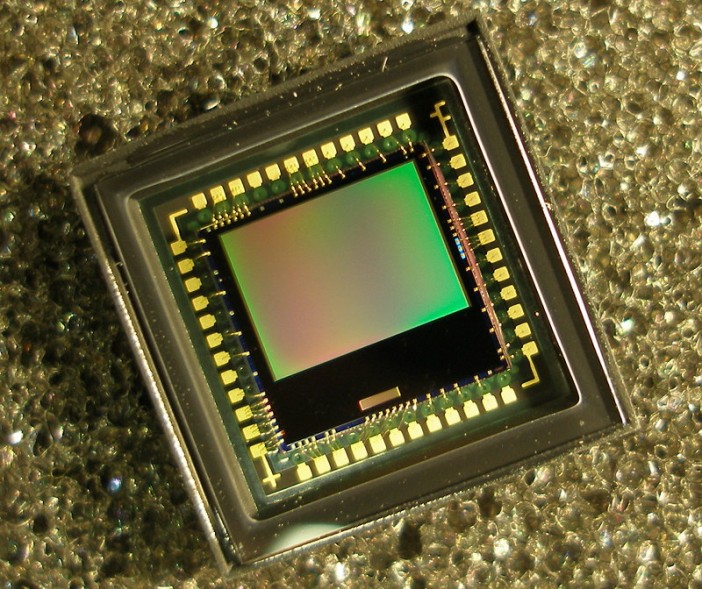 Two Active Pixel Color Sampling sensors have been leaked from Sony, one 1.5″ and a 1″ size sensor.

Sony dub the sensor APCS – not to be confused with APS-C. It stands for Active Pixel Color Sampling.

Curiously a 1.5″ size sensor is approximately Micro Four Thirds size and the size of sensor Canon used in the original G1 X.

The 1.5″ sensor records 6K video (6144 x 2160 according to the leak at Chinese site CNBeta via Image Sensors World) and only requires 4.85MP, meaning the pixels themselves are massive – almost 10 µm in width compares to 8.4 µm for the Sony A7S, 5.2 µm for the 5D Mark III. However unlike the traditionally square photosites on bayer sensors, the Sony APCS pixels are rectangular, measuring 9.78 x 4.89 µm (micrometers).

Despite having such large pixels (on a relatively small sensor by full frame 35mm standards) the sensor somehow finds room for a global shutter circuit on each pixel. No more rolling shutter skew, but no enormous trade off in low light performance either like we find with the Blackmagic Production Camera sensor.

Each pixel is able to sense red, green and blue as an electronic colour filter moves across the sensor. Traditional sensors have three separate pixels for R,G and B components, and then interpolate full colour pixels from that data. This means the Sony APCS sensors require only 1/3rd the number of pixels to create the same image and that only 1/3rd of the data needs to be read out for the exposure and that there’s more room on the sensor  for global shutter. Of course the pixels themselves can also be larger. The readout speed of the sensor is astonishing if the leaked specs are to be believed. 1080p at up to 16,000. That figure is very unlikely to make it into any finished product though, as frame rate also depends on how fast frames can be handled by the image processor and video encoder. The 1.5″ sensor has a 4K output at up to 240fps.

The 1.5″ sensor measures 23.79mm diagonal, again not to be confused with the similar horizontal measurement of an APS-C sized Super 35mm sensor.

I am sure Sony will bring APCS technology to their APS-C and full frame sensors at some point in 2015/16.

When the official announcement happens, we’ll know a lot more. In my reckoning the 1.5″ sensor doesn’t fit into any of Sony’s current products! It’s too big for a thin smartphone and too small for E-mount. Could it be destined for a customer first? Could the Micro Four Thirds sizing be a clue? 1″ is of course the more recognisable size of the Sony RX100 sensor and roughly equivalent to Super 16mm, and that sensor has a good chance of going into a smartphone. The Panasonic CM1 already uses a 1″ Sony sensor behind a Leica prime lens.

Amongst the more evolutionary specs of the new Sony sensor, the chips are backside illuminated (BSI) and stacked, which means even lower noise at high ISOs. Sony is also working on curved CMOS sensors, having shown image samples from one recently. These mean a completely different design of lens can be used, with no performance or brightness fall off towards the corners. The optics can be made smaller too.