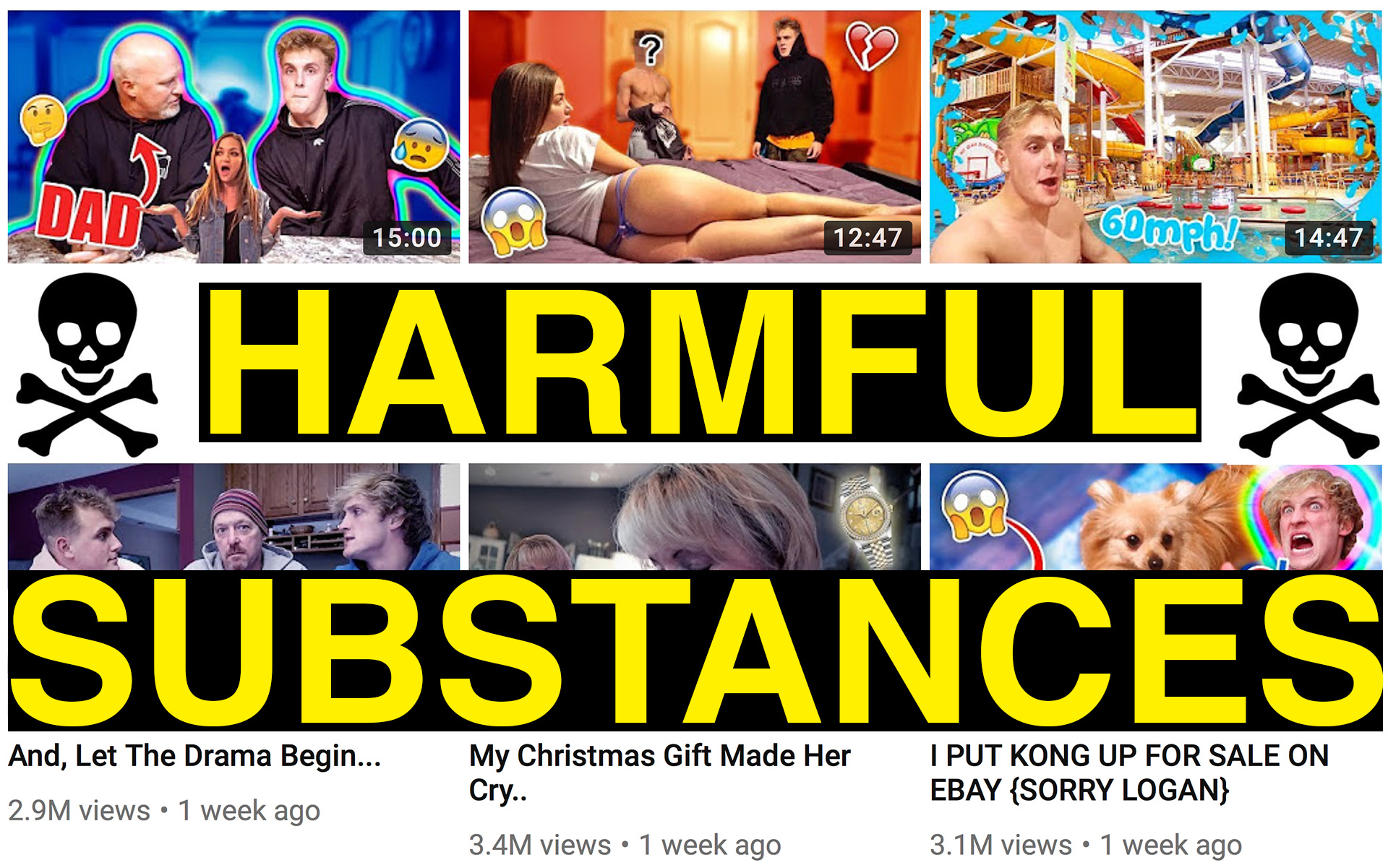 Where Netflix has invested billions in content, YouTube is happy to leave it up to Logan Paul.

YouTube’s executives are a real bunch of geniuses. Whereas HBO, Sky, Netflix and Amazon have to pay filmmakers billions for quality shows, YouTube gets content for free.

Alas, a warning. There’s that famous saying “you get what you pay for”. Game of Thrones and Stranger things… or Jake Paul and Logan Paul?

At the BBC’s peak of creative output, I can tell you for sure it helped put the right values in the individuals who watched it by the millions. Popular YouTube content doesn’t instil any positive values whatsoever in the audience.

As a result, the internet has evolved from a scholarly treasure trove of information, to a mental health epidemic. Narcissistic childish amateur behaviour is the order of the day on YouTube and ALL the social networks.

It doesn’t have to be this way. Vimeo shows on a much smaller scale that fostering a community for artists improves quality. Vimeo is home to superb short films, animations, music videos and documentaries. Nearly every up-and-coming talent uses it to showcase stuff. YouTube on the other hand has nearly all the same talented people using it and it chooses to bury the good stuff with wall-to-wall SHIT.

YouTube’s selectively shared out ad revenue is not enough to support quality content and the WAY it is shared out is obviously wrong, skewed in favour of the advertiser. With the slice of the pie based not on quality but on how much clickbait you can pump out in a week, this evidently is not enough to maintain quality standards on the platform, it’s a dodge. YouTube should be PAYING US to increase quality, not doing the opposite. They should be doing this in the same way Netflix pays filmmakers and production companies billions for quality content.

Over at Facebook the situation is just as bad. 99% of the site is pure amateurish claptrap but quality pages and original content does exist on there…which Facebook gets BETTER THAN FREE. I for instance have to PAY THEM to reach my own followers on the EOSHD Facebook page, whilst Phoney Mark Zuckerberg actively promotes clickbait in YOUR newsfeed when you’d rather be hearing about cameras, because I refuse to pay to boost my articles on there. The sad thing is, there are now more people who get their news through Facebook than through bookmarking the site in their browser. Who made Mark Zuckerberg the gatekeeper of the internet? Is this the way the internet is supposed to work? No.

A race to the bottom

With the impending death of the artist, death of music, death of common-sense and intelligence under attack, people need more nourishing things to consume than that they are given.

Long-form quality has taken a backseat in the pursuit of attention. I’ve seen countless people squander respect for more traffic.

You can see this even in the camera-world, where in the UK there are only about 4 quality online camera blogs remaining.

YouTube argues that their site is a democracy and the best content floats to the top but one look at the Trending section and the US President implies that democracy is fucked.

There are simply too many stupid people out there for it to function.

And not just stupid but wrong values, emotional problems and badly brought up as well.

Nowhere is this more apparent than with fake news and how gullible Western masses have been, opening themselves up to being manipulated by Russia.

Facebook has a duty not just to help remove or tag fake news, it has a duty to PAY THE DAMN JOURNALISTS! Paying for quality journalism is the quickest way to improve the quality of the content on your platform.

By the same token, YouTube should be investing billions into talented producers, filmmakers, journalists and musicians.

They should be doing something else as well, and it costs them nothing but some short-term advertising revenue.

They should be burying 6ft under the careers of idiots like the Paul brothers and other stars like them.

Instead they are doing the opposite. Their dumb algorithms are promoting really suspect amateurs with possible mental health problems (narcissism, psychotic, extremely low IQ) at the same time as starving genuinely talented producers of revenue to the point where they are forced to compete by presenting their channel as clickbait. Now, nearly everybody is lowering their standards and thinking in a clickbait mindset… This is the race to the bottom.

There is a sweet spot on YouTube where you can just about make a living from a channel through affiliate links to online shops and YouTube ad revenue (forget merchandise unless you’re Jake Paul) but it doesn’t scale like it should do. You have to sensationalise and sex-up the content. With very few exceptions, you have to join the idiots.

So why don’t they help promote quality? Because they have no human editors and because their real customers even aren’t us. They’re the advertisers… And advertisers, it seems, are happy to sponsor crap. Unless it has a dead body in it.

It’s a bit like Coke being happy to supply McDonalds, which in turn causes obesity and a public health crisis, as long as there’s not literal poison in the burgers.

YouTube has a duty of care to Western culture to show a bit of editorial skill, and not just provide a numbers-driven video hosting platform.