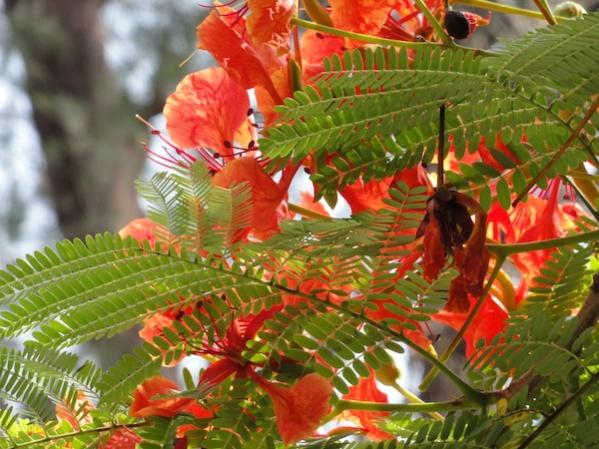 Above: creamy bokeh on a compact in video mode!

Okay – some initial thoughts before the footage later this week. Compacts are crap right? Gimmicky consumer devices aimed at the mass market of non-photographers – and yet, compacts work on the same principals which make HDSLRs so successful. Cutting down on extraneous stuff, cutting down on size, bulk and complexity whilst delivering an image comparable to professional equipment.

Allow me to introduce the Sony HX5. I am amazed at this compact. Are even smaller cameras than HDSLRs the future? We’ll have to wait a while yet but small sensors are developing at an incredible rate and large sensors will still require a big lens for some time. The Sony NEX may be sexy, but those lenses aren’t pocketable. The 25-250mm on the HX5 most definitely is, and that opens up new ways of using the camera, new creative possibilities where absolute image quality doesn’t matter as much and enjoyment and portability does.

The ultra-slim HDSLRs like the GF1 and especially the Sony NEX are all the rage right now – but the NEX body is certainly more stylish than it is functional, and many have been wondering what the point of such a small body is when the lenses are larger than Micro 4/3rds equivalent? The Sony HX5 achieves what the NEX system only partially does – it’s all about the pure enjoyment of photography and the highest quality possible from the smallest camera and the minimum of heavy lifting.

But for the sake of a filmmaking kit in your pocket, we sacrifice everything we know and love about HDSLRs completely, right?

Compacts are catching up with HDSLR / SLD cameras to a surprising degree in the image quality stakes. This is amazing considering such small sensors, and densely packed ones at that. I am not suggesting that the next season of HOUSE should be shot with an HX5 – but the technological developments (like super-fast backlit CMOS chips) are interesting and certainly warrant attention.

Of course with the current HDSLRs we already have enough handling sacrifices over full video cameras and future ones like the AF100, and a compact handles like even more of a toy – but don’t blame size – it’s all down to the fact that HDSLRs are designed for photographers.

Now, the Sony HX5 is designed for your mum.

There are no manual controls in video mode, other than exposure compensation. It’s intelligent auto mode takes so much out of the hands of the photographer, that all they are left to do is frame the image – and even that is done by the camera in Sweep Panorama mode!

The good news is that the HX5’s ‘intelligent’ brain makes other gimmicky compacts look a bit blonde. Every feature really does improve the end result rather than slide it sideways or apply the gadget equivalent of a digital watermark to your image. Colours look natural, shots taken in Handheld Twilight mode look natural. Even HDR mode actually helps you take the photo you had in mind and doesn’t attempt to do the artificial over-the-top uniform CGI render rubbish we see around the web.

The HX5’s lens has no iris. Some kind of ND filter is in action and it enables just two aperture settings, whilst the zoom lens does vary the aperture throughout the zoom range as is normal. Unlike Casio’s FH100 compact based around Sony’s new back-side-illuminated CMOS sensor it also lacks any kind of manual control over shutter and aperture in video mode, though it does have it in stills mode. The screen isn’t great, low res and terrible in bright sunlight compared to the best. It is also really puzzling why nearly all compacts (a few aside) still have 4:3 sensors and not 3:2, let alone a unique 4:3 / 16:9 hybrid like on the GH1. I hate the look of 4:3 photos now I’m used to 3:2 from a DSLR, 16:9 or even 2.35:1 from video.

But the Sony HX5 has more must-have features in one body than almost any other camera I can think of.

Whilst (I suspect) licensing agreements prevent Casio from exploiting full HD on their equivalent (the FH100) Sony have pushed the sensor to the max on the HX5. It’s able to deliver 1080/60i which is a big selling point. The AVCHD footage is interlaced unfortunately, but you can record native 25p progressive at 1440×1080 and 720p on the PAL model in MP4 (H.264) mode. Noise levels are a bit higher in MP4 mode but it’s nice to have the frame rate, the easy format. AVCHD is great for plugging the camera into a TV via HDMI but not so great when it comes to editing the footage on a Mac. Handling 1080/60i can be hellish.

The steadyshot optical stabliser on the HX5 is the best I’ve ever used on a compact. Rock steady. In video mode it’s like using a fluid head pan and tilt tripod! Miles better than most of the competition, and approaching DSLR lens territory there. A mega achievement.

The HX5 also has two software features which put it ahead. They are:

These are really good features, not gimmicks. Sweep panorama is like having a fisheye lens in your pocket. The results really do look so pleasing. This is the 2nd generation of Sweep Panorama, and the camera almost always gets it right – it handles moving objects across the scene this time, unlike on the older WX1. I believe it works in video mode capturing many frames per second with a high shutter speed to avoid blur, and stitches frames together horizontally in a more intelligent way than before. Of course it helps that it has more frames to choose from in this process, thanks to the CMOS sensor being very quick. But unlike on Casio’s offering, the camera lacks the super high speed video modes… a bit of a shame but not a deal breaker. On other cameras of this size you don’t get GPS, full HD, sweep panorama, handheld twilight or as good stabiliser. That’s definately true of the Casio FH100 – and that camera’s screen is a real turd. The HX5 will remain unmatched until we see what Samsung have done with the TL350/WB200 which looks very promising on paper, and is due to release in late May 2010. I remember when I wouldn’t touch a Samsung camera with a barge pole, but they really are pushing forwards now.

There are two types of photography and video I enjoy making. Sometimes I want to slum it with a compact, experiment, explore and notice things I wouldn’t otherwise if being more serious. The HX5 is so much fun.

Also for social occasions, and for going out and enjoying photography with the minimum of fuss the Sony HX5 has an advantage over HDSLRs. There is something a bit jarring about seeing all these DSLRs on tripods at tourist destinations. Because for what 9 out of 10 of these people are trying to achieve, all that technology is a waste and it gets in the way of being quick on your feet. At a beautiful lake in Southern Taiwan I saw a bird stood in the mouth of a buddhist temple dragon sculpture – not only would I have missed it had I been using an HDSLR in manual mode, I may not have even noticed it in the first place for changing lenses and settings or lugging my heavy camera around on sticks.

If it’s true that lack of limitations are the enemy of art then trying to make a HDSLR mood piece style film with a compact will certainly be an ‘artistic’ experience. But I can’t wait to give it a go. I think people will be genuinely surprised on just how good video can look from the HX5.

So stick around and I’ll put some footage up soon!

Why buy it?
For travel
Run-and-gun filmmaking
Photo-journalism
Snapshots.