Lets hop over to the world of stills for a moment. For the first time I now have usable AF with Canon EF lenses on the Panasonic GH4 and other Micro Four Thirds cameras.

I’ve been trying out the new Speed Booster Ultra, which as well as the AF improvement offers new and improved optics. 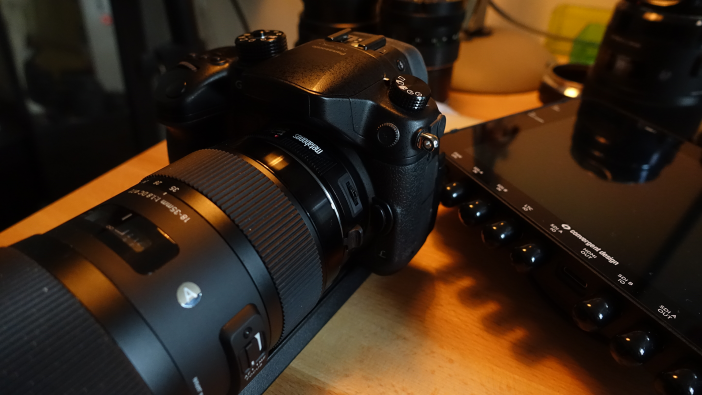 Above: The Speed Booster Ultra 0.71x on the GH4 (and the 4K capable Convergent Design Odyssey 7Q+ along side it – review soon)

Sony and Panasonic have been understandably slow to catch onto the fact that in order to get Canon users to make the transition to mirrorless, they need to be able to bring their favourite lenses with them. Investing in a whole new set just for a mirrorless camera is a “big ask”.

Thankfully Metabones has been hard at work to make this transition happen.

Sony actively promote the Metabones E-mount adapter for EF lenses now and the Sony A7R II will get DSLR-like fast AF with Canon lenses via the Metabones Smart EF adapter.

Now Metabones have made it happen for Panasonic and Olympus Micro Four Thirds users.

My initial impressions of the AF is that it can indeed be very fast. It is certainly a massive bonus for stills users to be able to AF with Canon lenses like the 50mm F1.2L on Micro Four Thirds as well as get the advantage of the Speed Booster optics – less crop and more light.

I also tried the Canon EF 40mm F2.8 STM pancake and again speed was quite remarkable. However focus isn’t always reliable, certainly not compared to on a native EF body like the 70D and you can’t get continuous AF in movie mode. 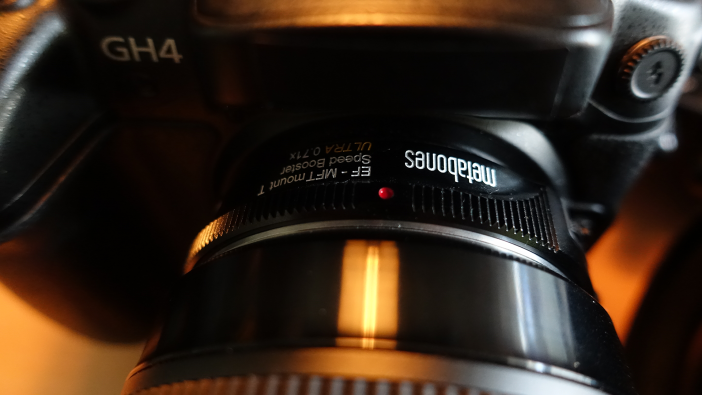 In my full review I’ll see what difference the new Caldwell Optics tantalum glass make to the 0.71x Speed Booster. There’s also the 0.64x XL version to consider which gives you a 1.5x crop in 4K on the GH4. In 4K mode the 0.71x Ultra gives you a 1.7x crop but it is 1.4x in stills mode, nearly APS-H like a Leica M9.

Whilst of course the GH4 it won’t be threatening a 1D X for auto focus in the pro market any time soon, it is encouraging that enthusiasts now get a usable way to AF with Canon lenses on a Micro Four Thirds body – as a bonus to the improved Speed Booster optics.

I feel that most people will buy the Speed Booster Ultra for the impact it has on the image – F0.85 is very nice to have from a Canon 50mm F1.2! So treat the AF as a “bonus feature” that is often fast, sometimes reliable but not always and you won’t be disappointed.

It will be interesting to see if Panasonic can work with Metabones to make the feature even better. I certainly think they should. Lumix lenses still have the advantage of low weight and small size over full frame Canon EF lenses so I won’t be less likely to buy a Lumix lens simply for having a Canon adapter with AF.

FULL REVIEW AND FOOTAGE NEXT WEEK 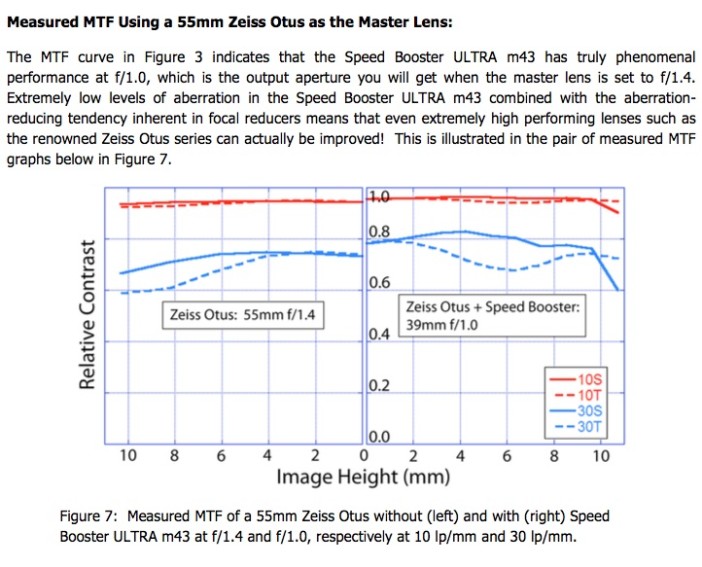 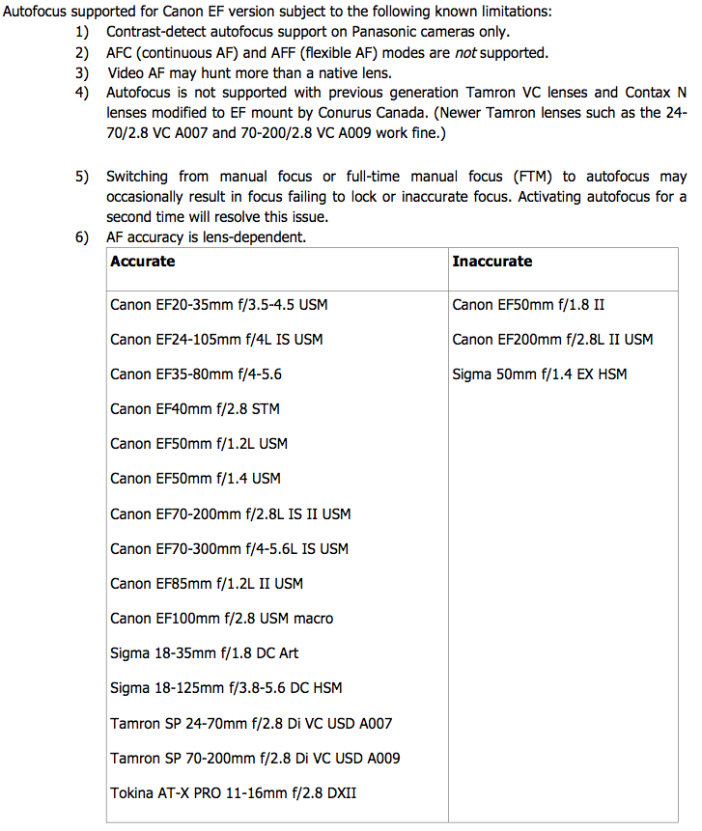