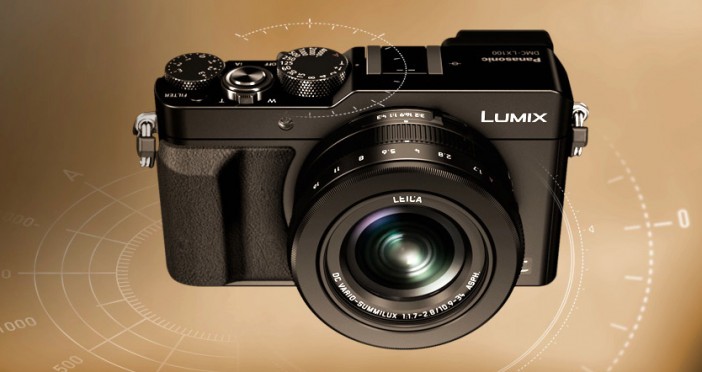 The Panasonic LX100 is an engineering marvel. Along with the Apple Watch this has been the most impressive feat of miniaturisation of 2014 so far. To take both of these products travelling would be extremely liberating relative to taking a clunky DSLR and a standard smartphone. If the application of the technology is impressive, wait to you see what is being applied. The specs are outstanding for a camera of this kind, with the large Micro Four Thirds sensor of the GH4 sitting behind a Leica 24-75mm F1.7-2.8 lens, with 4K video, 11fps continuous shooting, and the same 4 core image processor as the GH4.

The LX100’s lens is incredible. A fast aperture zoom, 9-34mm and so 24-75mm in full frame terms – for Micro Four Thirds this lens would be considered premium and here you get it bundled with the body.

The LX100 utilises a multi-aspect mode on the GH4’s Micro Four Third sized sensor. This means that within the full 4:3 16MP sensor from the GH4, the LX7 crops a 16:9, 4:3 or 3:2 recording area from the sensor which has the same angle of view in each aspect ratio.

Therefore selecting 16:9 widens what you see on each side, to compensate for the loss of field of view vertically from, say, 4:3.

This was something the camera the LX100 succeeds, the LX7 had and the GH2 before it.

Before smartphones really took their hold on their consumer and before Facebook was truly mainstream, the LX series was an extremely popular compact camera for tourists. It occupied a large chunk of the higher end of the market with premium features and image quality for the time. Panasonic, rather than merely giving in are putting up a fight against the iPhone today, with the LX100 compact and the CM1 smartphone. There’s no way you can capture as good an images with an iPhone or Samsung S5 as you can with either of the Panasonic cameras. It is time for users to get their priorities in order and consider what is most important. Is it a huge number of smartphone OS features that you never use, or is it the ability to capture, share and record your life in the best quality? We only have one life on this earth and it seems a bit of a waste to spend it playing Angry Birds. That’s way today I cancelled my iPhone 6 Plus order and got in line for the Panasonic CM1. The LX100 I will also buy as a travel camera when I don’t want to bring a larger camera and selection of lenses with me.

The design is quite lovely and based on the Panasonic L1 from way back in 2006 when Panasonic first entered the market with the Four Thirds standard. This was an innovative camera back then and it retains its old-school charm right to this day, with chunky manual control and unique optical viewfinder system.

The LX100 corrects what I didn’t like about the Panasonic GM1, although overall that too was a really fun camera, it lacked for manual control. The LX100 ergonomics look extremely good and there’s ample Fuji X style control on the retro styled body.

I can see a lot of Fuji X100 users buying one, especially if they want to shoot video. There’s no comparison between the Fuji X series and this for video. The LX100 is hands down cutting edge for capturing moving images, with 4K video and the same 100Mbit 4K codec found in the GH4. The camera is going to be more than a capable replacement for the Sony RX100 series and a brilliant option for filmmakers shooting material from drones like the DJI Phantom. Aerial shoots in general will benefit from a small camera like this shooting 4K.

So that’s the introduction done – I’ll have more on the Panasonic LX100 this week on EOSHD, when I arrive at Photokina and have shot with it.