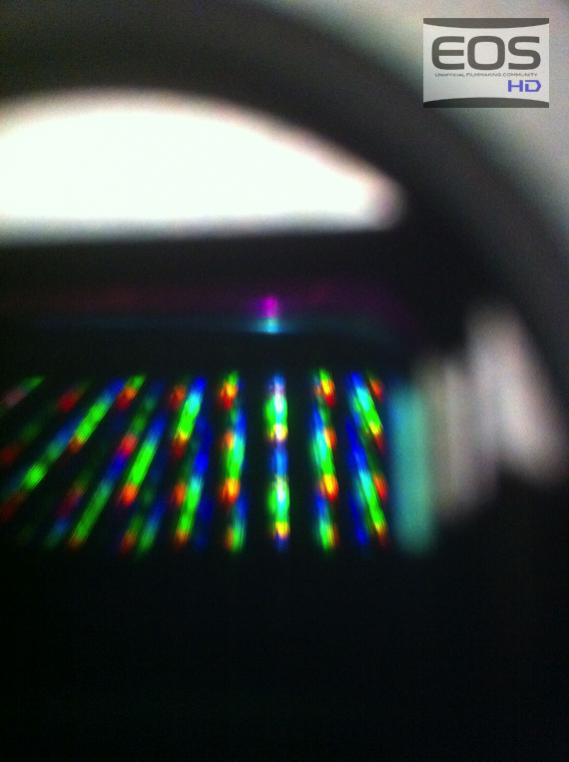 Today I received an email containing photos, which the sender claimed were of the GH2’s new 18MP sensor. The photos were sent to me from a source claiming to be at a factory (although he would not say whether it was in China or Japan) and look to have been taken with an iPhone (you can see a faint outline reflection of the outer edge of it in the 2nd photo). The sender removed any EXIF and GPS data from the photos – obviously the GPS data would be a big give away as to which factory – even which office – the photos were produced in. If the source is genuine, this would have caused him some problems.

The GH2 is due to be unveiled in only 2 weeks time and demo units will be at Photokina, so manufacturing is already well under way. It may be that the leak is genuine. 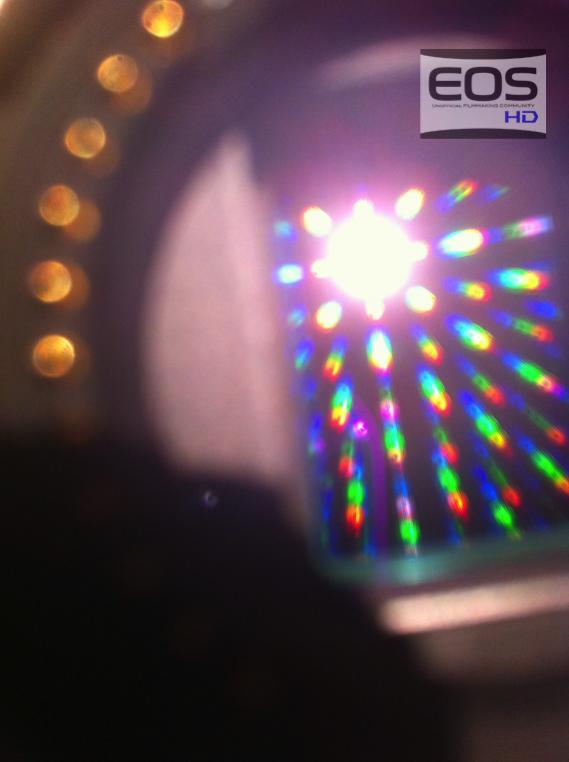 Meanwhile 43rumors has had information from a very reliable source that the Panasonic GH2 will feature a 18MP sensor, with 16MP effective during recording and photography. That’s up from 14MP/12MP in the GH1.

This is disappointing, though the GH2 maintains the multi-aspect feature of the GH1.

The pixels have shrunk in size over the GH1, potentially wasting any improvement in reduced noise and increased sensitivity from the new sensor. Certainly, had Panasonic kept to 14MP we’d be seeing better low light performance on the same sensor than at 18MP.

Whilst the 7D and 550D have 18MP sensors and yet marginally lower noise than the GH1 at high ISOs they have larger chips. APS-C sized sensors are 1.6x smaller than full frame. The GH2’s sensor in 16:9 mode is approximately 1.9x smaller.

The GH1 featured a multi-aspect ratio sensor, so that 16:9 was actually using a wider portion of the sensor rather than just cropping a 4:3 sensor with black bands. Therefore not all of the 14MP on the GH1 are used at any one time – the sides are not used in 4:3 mode and the top edges are not used in 16:9 mode. This results in the sensor having a 12MP effective resolution in actual operation no matter what aspect ratio is selected.

This is good for video, since we get a native 16:9 CMOS in video mode, which is wider than the usual Micro 4/3rds sized sensor. Also those 14MP pixels are spread over a larger area than the standard Micro 4/3rds sensor found in the GF1 and Olympus cameras.

The GH2’s sensor is also multi-aspect ratio, however like before – images use 2MP less than the full surface area of the sensor. I’d like to see a menu option for a non-standard aspect ratio which uses the full width of 16:9 and the full height of 4:3 so we can get 18MP photos and the best of both worlds – then crop afterwards if required.

Micro lenses are used to channel light as efficiently as possible into each pixel / photon detector. The micro lenses tidy up the light entering the sensor. The GH2’s sensor is expected to feature the same kind of gapless micro lenses first featured on the Canon 7D. These increase the area into which light can be captured for each pixel, but still this is wasted – because the sensor is now 18MP and much more densely packed than before.

Also, some of the GH1’s picture quality in terms of moire & aliasing was a result of a lower megapixel count than Canon’s competing models. The 12MP effective sensor could be scaled evenly to 2MP (1080p) for HD video and the technique (pixel binning rather than line skipping) made for a smoother looking image, especially in 720p mode over the Canon 7D, 550D or even 5D Mark II.

With a 16MP effective sensor this advantage may be lost unless Panasonic have also improved the image processors to scale video from the full 16MP in a very intelligent way.

Still, no matter what way you look at it – I’d rather have 12MP photos and better high ISO performance in my videos than 16MP photos which offer no improvement, and a video mode which is barely any different from the GH1.

Let’s hope the rest of the GH2’s spec sheet will be more promising.

43Rumors is currently checking some related information, and unfortunately is not yet able to publish the specs they have until they are sure these are correct. Regardless, the release date of the GH1 is now not far off and I will get to use one at Photokina on the 21st and 22nd of September.