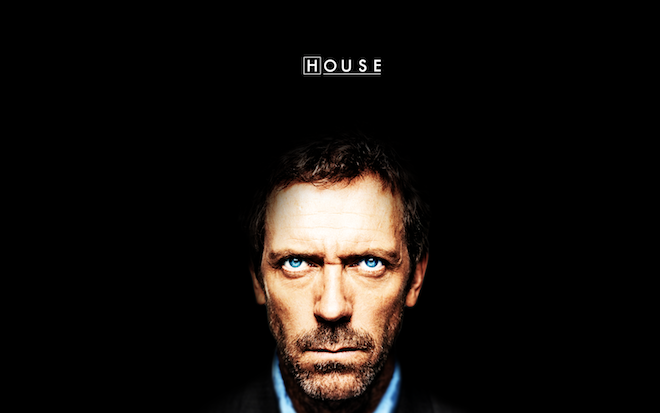 House was one of the first major TV shows to catch onto what DSLRs are all about. DP Gale Tattersall shot an entire episode last year with Canon DSLRs and now he is passing his invaluable knowledge onto budding filmmakers with a new wave of workshops in the US, starting right now in February. The workshops are open to all – see the dates below and check the link above for more details.

Along with director Greg Yaintes, Gale has also done a lot give the Canon DSLR it’s proper dues as a professional filmmaking tool. House speaks for itself, but Gale’s interview is very enlightening and the final nail in the coffin of that antiquated argument by some less creative pro-videographers that the limitations and workarounds of DSLRs make for a less productive shoot. For House, the opposite is true.

EOSHD: Thanks for taking the time to answer these questions Gale. What are you currently working on DSLR-wise, more House?

Gale Tattersall: I am totally in love with the Canon 5D and it’s large sensor. We are using 5D’s on House on a regular basis now, and it has become an essential part of our toolkit. Mainly because of the small size, and easy rigging required for such a light-weight camera. It really lessens our load tremendously, and makes for a much more efficient work-day. We have a very special car shoot we are doing this coming week, and we worked out that we can shoot 4 shots simultaneously. This cuts our shooting time and coverage in half, which saves a huge amount of time, and enables us to make our days schedule. I have also been doing my HD DSLR Workshops, teaching people how to get the best shooting experience with the canon DSLR systems. This is classified information but maybe I will be shooting a feature using only the Canon 5D. Don’t hold your breath yet! As there has been no confirmation yet.

EOSHD: Is the approach to filming the latest season of House similar to the first, or have you refined your DSLR rigs and craft quite a lot?

GT: We are always doing and experimenting new things. We spend so much time testing new equipment, it’s what makes House interesting for me as a DP. We have such an incredibly creative group of writers, that almost every episode I am thrown challenges that are outside my comfort zone. Another example, recently I had to light a 150ft x 150ft area to twice the brightness of sunlight to enable us to shoot at 1600 frames per second, ultra slow-motion in other words. We used the digital Weisscam for this. At this point I can’t let the beans out of the bag and give details on the shoot, but it’s an example of how we are pushing the envelope almost every episode.

EOSHD: Will the workshops teach some of the artistry behind cinematography, or is it mostly about craft and handling DSLRs?

GT: The workshops cover everything from basic operation of the Canon 5D, setting up the menus for maximum data capture, right through to the tips and techniques that I use everyday in my lighting schemes. The workshops culminate on the final day in the production of a project that ends up becoming a commercial asset, such as a music video, or a web film for a local business. All of this is done by the students to the highest professional level with the help of myself, and my crew.

EOSHD: I loved the look of the Canon 24mm F1.4L on Under City – do you have any 1, 2 or 3 particular Canon lens which you use more than any other?

GT: I have several favorite canon lenses. The 70 – 200mm image stabilized zoom is phenomenal, with the stabilization it’s like having a steadicam in the palm of your hand. The 100mm macro is another favorite of mine, its ability to shoot something that is 6 inches away in complete sharpness with its shallow depth of field it is really a beautiful lens. On the season Finale of season 6 there is a shot where our focus puller literally racked focus from one Hugh’s eyes to the other using the 100mm macro. However, in my opinion all the lenses are special when used on the huge 5D sensor. The 24mm 1.4, which is probably equivalent to an 18mm or 16mm lens, on a conventional 16 x 9 three perf 35mm motion picture camera, enables you to throw the background out of focus when used at a wide aperture. Something previously impossible to do on any prosumer system. This shallow depth of field works so well on all the longer primes such as the 50mm, 85mm, etc.

EOSHD: I’ve seen some great work coming out (for example Danfung Dennis’s Hell and Back Again) which could only really have been made on a small, discrete lightweight camera, and could only have that 35mm look with the 5DMkII. What are the advantages to using such a small camera on the set of a narrative drama or TV show?

GT: So many advantages such as tighter eye lines because you can fit several 5D’s into the same space as one or two conventional cameras. Cool options such as using electric lightweight helicopters that can get you stunning aireal shots at a fraction of the price. The ability to get into the tightest corners and spaces, and a million other applications. Not to mention the fact that with these small lightweight cameras our setups and turn-arounds are done at twice or three times the speed as when we use standard 35mm cameras.

EOSHD: Do you ever see a place for intelligent AF tracking in a cinema camera?

GT: This is so difficult, it would possibly be of use in certain circumstances but as soon as you have foreground crosses, etc.. then it needs a manual override. However, say you have a shot on a long lens of a football player coming at you at full speed, this could be perfect, just as AF works so well for stills photographers covering events.

EOSHD: Do you produce any personal projects on DSLRs?

GT: This is something I plan to do during our summer hiatus. With my House schedule and now my workshops on the weekends, it doesn’t allow me much time for anything else!

GT: I don’t think so… We still shoot the largest part of House on film, and digital capture still has some catching up to do in terms of dynamic range.

EOSHD: What are your thoughts on 3D?

GT: I haven’t got into it much at this point. I was very unimpressed with the 3D I saw at NAB last year, it looked very electronic to my eye. I personally find it more of a gimmick than a necessity at this point.

EOSHD: Is it important for Canon to remove the mirror from the DSLR, for better PL mount lens compatibility?

GT: I tend to use Canon lenses exclusively so it isn’t an issue for me. One of the things that I love about the whole HD DSLR revolution is the democratization of making films good enough to be shown theatrically. So I find using expensive lenses goes against that principle, rather like putting overpriced accessories on an economic shooting platform.

EOSHD: Are the Canon L lenses up there with the best cinematic lenses like Cooke, in terms of character?

GT: I did a lot of tests with Canon glass and I found the Canon lenses optically as good as any of the Cookes, Zeiss etc… However, work needs to be done to make them more user-friendly for focus pullers. For example, extending the barrel travel for more accurate focus pulling.

EOSHD: I have been using old Russian cinema primes from LOMO, they are fantastic. Will you be using any heritage lenses or unusual lenses in the filming of House?

GT: So far we have just stuck with the Canon glass, they have given me everything I need up to this point. I am certainly interested to hear about your LOMO lenses!

EOSHD note: Those LOMOs are fantastic optically and very cinematic looking, but the affordable OCT18 ones have very poor mechanics. Some of the cinema OCT19 mount lenses have the proper follow focus gears and much better build, they have a fantastic cinematic feel to them and are very sharp wide open. They work on the Canon 5D Mark II although they’re designed to cover the APS-C sensor size since that is closest to the original Super 35mm format they were designed for, just as Cooke PL mounts are. I love that all these affordable heritage cinema lenses can now be used on digital.

EOSHD: When shooting the first 5DMkII House episode, did the cast respond any differently to having to perform in front of a much smaller camera?

GT: When we shot the season 6 Finale, the episode shot entirely on the 5D, it was a little shocking for the cast initially. At first they felt like a load of paparazzi had been unleashed on the set. Being accustomed to the standard 35mm cameras, and big gear like dollies, etc.. It took them a moment to adjust. However, after a day or so they were more comfortable, and didn’t pay much attention to the cameras…

EOSHD: A huge thank-you Gale for the interview and to Rio Tattersall for making it possible.

FOOTNOTE – It’s all about small rigs and large sensors!

I have always been a strong believer in less rigging and smaller cameras, and the DSLR form factor is just that. When I met the guys at ReWo (a top DP and top director) here in Berlin I found they agree too that one of the great strengths of DSLRs is in the rigging – for example whilst previously they had an entire custom rig built in a studio for shooting a woman on a park swing with film, now they can have the actress herself simply hold the camera on a real swing. It’s things like this where the DSLRs have a huge advantage over more traditional form factors and heavier cameras like the Sony F3, RED EPIC and Panasonic AF100.

Spread over three Sundays, each of the three days will revolve around a different aspect of the cinematographic process, where both the technical and creative sides of using these new digital tools will be covered. 5D Mark II cameras will be available for students to experience hands-on, as well as all the equipment and gear that Gale uses regularly on House.