Stanley Kubrick often used to like shooting with an 18mm lens for his trademark wide angle style, with S35mm film. The 18 is roughly 24mm in 35mm photography terms.

A more recent example is the Canon 24mm F1.4L on a 5D Mark II used to such great effect in Undercity (below). It is this kind of look I want to create with my GH2.

Unfortunately GH1, GH2 and AF100 owners have a dilemma when it comes to lovely wide angle lenses. We must sacrifice speed and shallow depth of field. The only real option until now is the Tokina 11-16mm F2.8 but what about faster lenses like at F1.4?

Panasonic has not done much to rectify the problem, their 14mm F2.5 is not fast enough, nor is it wide enough! To get that 24mm Kubrick-esq feel to the GH2 version of Undercity, we need a 12mm lens.

7 and 10mm are just too wide for my linking. 24mm equivalent, or 12mm on the GH2 is the right balance. Crazy wide angle shots past 20mm in full frame terms are just too distracting and so in-your-face stylistically I immediately think about the lens rather than the film. An ultra-wide field of view also distorts an actor’s face close up.

As I said here, c-mounts have not been much good at the wide angle, and still aren’t even though we now have a crop mode for shooting video on the GH2 which removes the vignetting without losing any resolution. Nothing wider than 25mm (the same field of view as a 50mm lens on the 5D Mark II) covers the full sensor on the GH2, or at least that’s what I thought.

Now it seems there is such a beast.

Computar produce some of the best TV lenses in c-mount format, and most of them are designed to cover small chip ENG and 8mm film, or even tiny CCTV sensors.

However they also do a line of lenses for 2/3″ (2 thirds) size sensors. This is the size of RED’s Scarlet sensor, and larger than the usual c-mount lens.

The 2/3″ size of sensor is not as large as Micro 4/3rd’s of course, but it’s wide angle lenses have to cover a larger image area than their standard small chip counterparts.

The Computar’s 12.5mm F1.3 lens does not cover the whole Micro 4/3rd’s sensor but if you crop to widescreen 2.35:1 this removes most of the vignetting in the corners.

In 4:3 stills mode, you still get some noticeable vignetting, in 16:9 it is better and in 2.35:1 it is almost gone. Yet since this is a nice wide 12mm, it really does have that cinemascope feel to it.

You can still get usable wide-angle (roughly 14-16mm) in stills mode with a slight crop of the image, as seen here (thanks Joey): 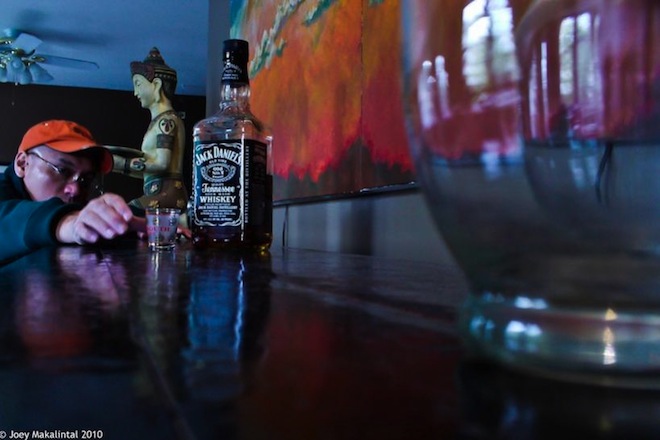 I have managed to source one and will review it soon, there are a few unknowns I still need to check, like:

Until I have fully tested it, it may still have plenty of drawbacks. However the 25mm F1.3 and 50mm F1.3 Computars are optically very good indeed.

If you can’t get hold of one of these, here is something to try. I’ve been made aware that high quality wide conversion lenses do a great job on the Lumix 20mm F1.7 pancake.

These conversion lenses are somewhat a dirty word in DSLR circles and they belong in the DV era, after all they were designed for cameras like the DVX100 and VX2000.

Sony and Canon do very good ones, which have very little distortion. They have a 0.7x wideness factor which means a 20mm becomes a 14mm F1.7 which is damned sight nicer than the Lumix 14mm F2.5 pancake!

You don’t get any light loss and you maintain a shallow depth of field on a wider field of view, which is quite unique. You can even AF through the lens for stills and AF speed is apparently not effected.

I have ordered a Sony and a Canon wide adapter and I’ll write a full article on these as soon as I’ve tested them out. I won’t reveal the model numbers yet since I don’t know whether I can fully recommend them until I’ve tried them.

However the Sony one was worth over $1000 when it came out and is a professional piece of glass for the PD170 broadcast camera. So they are a world-away from the cheap generic eBay ones of today which are meant for compact cameras like the Canon G12.