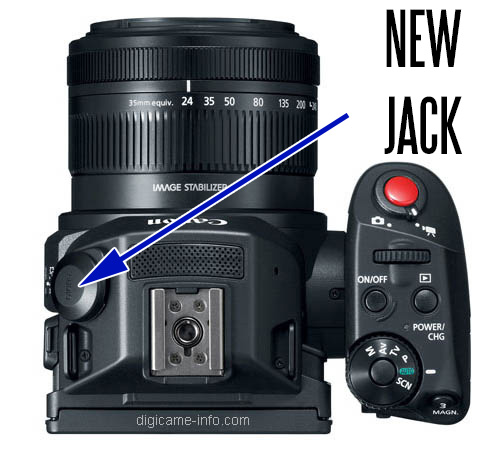 Update: Rather an an SDI port, it seems the XC15 is set to feature an audio connector for a set of XLR jacks on a top grip accessory which slots into the hot-shoe similar to the C300. The larger hot-shoe has been redesigned with a screw-thread, again another hint the update is all about accommodating a handle with XLRs.

With a camera so ripe for a change, could we expect anything else or is this yet another disappointment?

Following the naming terminology of Canon’s XA professional camcorders, the addition of a “5” in the model number usually means just one change – the addition of an extra pro A/V interface port, such as an HD-SDI jack (think XA30/ XA35) or a multipurpose audio port. The model name “XC15” was spotted recently on a Canon support page, but now images have leaked of the real thing (Digicame-info via Canon Rumors). 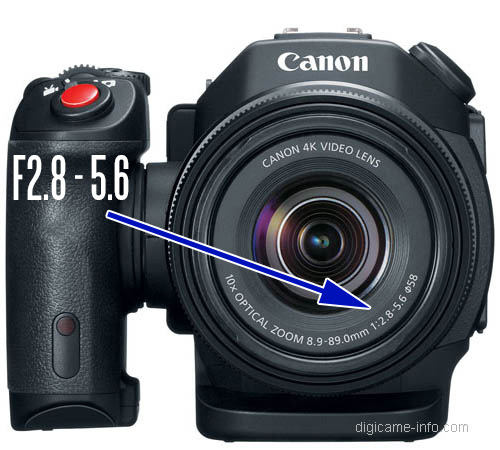 Looks like Canon must have got a big order from a broadcaster to warrant a new version of the XC10 with XLR support, a camera I thought was mainly aimed at hobbyists and indie filmmakers. The XC10 currently has a 3.5mm mic jack and HDMI port.

I’ve been shooting quite a bit with the original XC10 in Italy recently and it’s a very handy run & gun camera. The AF system however could really benefit from having Dual Pixel AF.

The XC10 is also a bit of an odd-ball camera ergonomically with no built in EVF, instead it comes bundled with a loupe. This made little sense to me until I used the camera – the image through the loupe really is lovely. I also think that the picture profiles on the XC10 are the best and most straight forward on the market, and that the 5-axis stabilisation in 1080p mode is outstanding for walking shots. Sadly in 4K the stabilisation is a mediocre 3 axis optical only and AF slows down rather dramatically. The lens is also very much on the slow-side at F2.8-5.6 for a 10x zoom. On the plus side this helps make the camera so small even when zoomed to 240mm, because the lens does not extend very much. I like the manual zoom ring too as it’s mechanically driven and you can whip the zoom to where you want it in a nanosecond. However as Sony have offered a constant aperture F2.8 10x zoom on the old RX10 since years ago, why not Canon in 2016?

In spite of the oddness, the XC10 has so much potential and I’m going to offer a revised review, with a a more in-depth write up soon on EOSHD.

With so much potential for change, it would be such a shame if Canon chose to introduce a new model just to put an audio port on there. But clearly Canon think this one jack alone is worth a whole new model! They continue to go out of their way to bamboozle us and frustrate in equal measure don’t they?!

However, let’s see what happens when the official announcement comes out shortly.