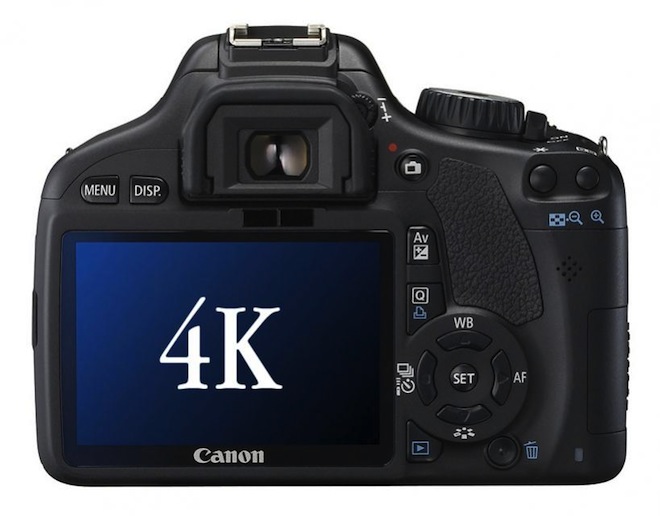 Though not yet 11pm EST on New Year’s Day, it appears the hack is a hoax. Nothing stacks up right now, according to Philip Bloom. This stuff about Canon offering the team $650,000 is nonsense. It’s bad that someone can abuse the trust of the community and string us along with some kind of fraud (the end-game of which we can only speculate as) but we shouldn’t loose too much sleep over it. Treat this one as a curious case of ‘too good to be true and we suspected as much from the start’, and let’s not read anything more into it than necessary and move on. That said, it will be interesting to get to the bottom of exactly what happened and find who is responsible so we can add them to some kind of global DSLR community ‘ignore list’.

I’ve spent tonight digging around a bit on the proposed January 1st T2i 4K hack, and some of the stuff as we know it doesn’t add up. The hack could still be a reality, just partly misreported or misinterpreted.

So it’s still a case of ‘wait and see’ and it would be wrong for me to rule it out so early. All I am cautioning against is – do not part with money until you have the hack in your hands.

If the hack isn’t released for everybody to use on the 1st, we will have to start asking some tough questions.

Let’s give them the benefit of the doubt for now. I’d love them to come up with the goods.

Apparently the hack has been under development for 2 months. It’s their own source code, but relies on the latest Magic Lantern to ‘open a few doors’. They say they’re going to charge for updates, but release the source into the open. This seems odd – whilst relying on software sales who would want to give away their source, opening the door for other hackers to come in and develop their own version? Open source is free and open… you can’t have chargeable and open in the software world.

Heating issues – apparently, they had this problem 6 days ago and now it’s solved. Strikes me as strange how heat related problems can be solved and yet they’re delivering 4K at 175Mbit with no fan or heat sink, or any changes to the hardware. What solved it, a software optimisation? Seems unlikely.

No 25p… “not going to happen, ever”. There is only one frame of difference between 24p and 25p, it is odd that the hackers cannot achieve it.

Rolling shutter “no issue”. Between 720p and 1080p, rolling shutter takes a hit on the higher resolution because more lines are being scanned. Now 4K demands twice as many vertical lines, so unless they have doubled the scanning speed of the sensor I very much doubt rolling shutter is “not an issue” especially at just 24p.

Auto-card detection routine. Apparently, this determines the speed of the card inserted in the camera and adjusts bit-rate accordingly. This kind of routine would take a hell of a lot of programming… 2 months is too short a time to be coming up with such elaborate functionality as well as 4K.

LiveView shuts off during recording but HDMI out still works. They said on u-stream that LiveView takes around 10% of the processing power present in the camera, so they disable it to pump more resources toward the processing of 4K. So in that case, why does HDMI out still work? That’s an even larger drain on resources. The 7D has a dual core processor to the T2i’s single, and has full 1080p HDMI out whilst recording. That it needed the dual core CPU to do what the T2i can’t, is a significant reminder of how CPU intensive a HDMI out is… and it doesn’t make sense to shut off the lower resolution live view output and have HDMI remain on.

Moire & aliasing fixed. This along with 4K is a huge amount of extra pressure on the camera’s hardware. 4K has still got to be downscaled from 18MP. Being familiar with Vitaliy Keslev’s challenges on the GH1 hack, he found low level fundamental things a challenge to reverse engineer, because they are so complex and hidden deep within the camera’s fundamental specifications. Can a hack simply flick a switch and banish moire & aliasing, and if so why did Canon not flick the switch themselves?

Until we know for sure all I can say to the hacker is good luck.