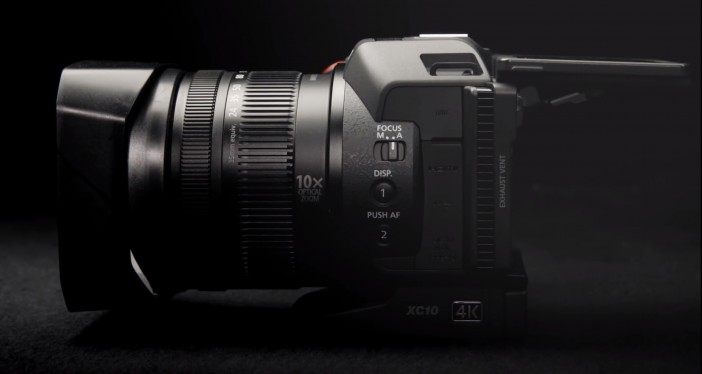 In a charm offensive with DPReview Canon’s real Chuck Westfall talks up the chances of the XC10 with video enthusiasts.

Yet it does not feature an interchangeable lens mount, Canon claim, to keep the size down. The interviewer was too polite to mention the XC10 is larger than a Panasonic GH4 with 14-140mm zoom lens.

It’s great for a drone, claims Westfall – yet the large zoom lens cannot be operated remotely so is therefore useless on a drone, adding unnecessary weight vs a prime and of course cannot be removed.

Canon have left out raw (for stills) and Westfall says this is ‘due to cost’. The Panasonic FZ1000 shoots 20MP raw and 4K video for $799. The XC10 is $2500. Furthermore, every single camera including the XC10 outputs a raw image from the sensor before it can create a JPEG. As Magic Lantern shows, Canon cameras in keeping with every single digital camera stores this raw sensor data in a frame buffer to allow the JPEG engine to access it. To create a raw file all the camera has to do is dump the raw data to the memory card, creating a file of 1s and 0s which are then interpreted as image data by your Mac or PC. It’s impossible that the lack of raw in the XC10 is down to ‘cost’. I don’t know why it’s missing. It could be that Canon’s 1″ 12MP sensor is going into a camera aimed at photographers and they want to reserve raw for that instead.

There’s no built in EVF on the XC10 and again Chuck says this is down to keeping the price at a lowly $2500. I had a good chuckle at that considering cameras from other manufacturers feature high quality EVFs for as low as $400 all-in and have done for a number of years (some of them OLEDs which are more expensive to manufacture than regular LCDs).

Of course the other reason an EVF, F2.8 zoom and raw are missing from the XC10 is that each feature will help sell an updated XC10 Mark II in two years time. But let’s not be under any illusions – there are no cost reasons palatable to me as a customer why they can’t be on this camera at $2500.