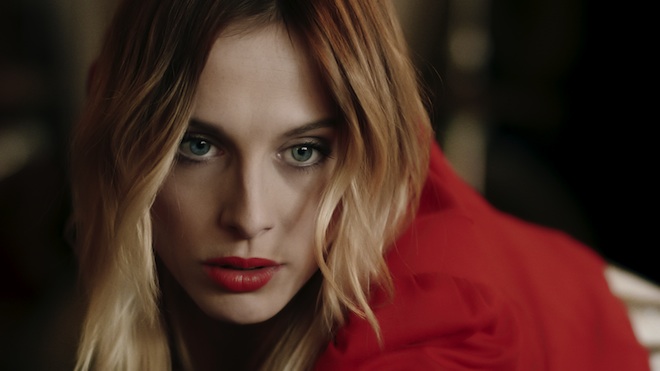 Above is a lightly graded and non-sharpened 1080p ProRes frame grab provided by John Brawley from his pre-production Blackmagic Cinema Camera (this one is graded by Shian). 2.5K 12bit raw will look even more detailed. Click the image for the full sized file (note, this has been compressed to JPEG format)

For DSLR users thinking of moving up to the Blackmagic Cinema Camera this is an introductory guide to the biggest differences in operation between a DSLR and an actual cinema camera like the Blackmagic.

The important settings you usually have under your finger on a DSLR, like ISO, white balance and picture profile settings become a complete non-issue on the Blackmagic Cinema Camera if shooting in raw. With raw recording you are able to adjust all that stuff afterwards, in post production. This also helps to explain why the form factor is a minimalist ‘picture making box’ like a Red Scarlet. This is good because it simplifies the shoot. You don’t have to worry about incorrect ISO or white balance settings affecting the end result.

Those settings are really there for the ProRes recording mode and for monitoring purposes – but even in the 220Mbit ProRes mode, colour, ISO sensitivity and white balance are far less baked into the final image than they are on a DSLR.

With the Blackmagic Cinema Camera, the other big change to bare bones DSLR shooting is with the way shutter speed and aperture are used.

A lot of people use these on a DSLR to control exposure. On a cinema camera an ND filter in a matte box or a Vari ND is meant to be used for exposure, the aperture to vary the size of the focus plane and the shutter speed to vary the look of motion blur and movement. 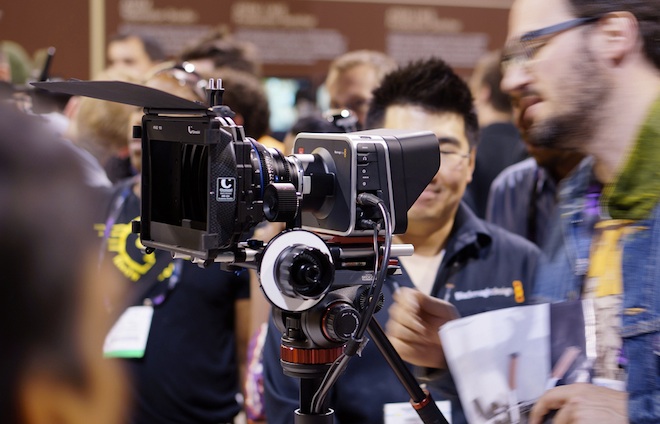 Rather the traditional motion picture standard of shutter angles is used in the menus. You should not need to keep changing these to keep up with shifts in light and exposure.

On a digital cinema camera shutter angles are essentially the same thing as shutter speeds, just a different language. They are related to how motion picture cameras have traditionally worked in the film world. Usually shutter angles are linked to the film frame rate of 24p and how much light hits the frame as it passes through the gate behind the rotary blade shutter, 24 frames per second. Exposing one frame at 1/24 would expose the whole frame under the open shutter for the whole time it is present, because the film moves at 24 frames per second. So a shutter speed of 1/24 is known as a 360 degrees shutter angle.

Now by halving the exposure time to 1/48 (a faster shutter speed and a narrower shutter angle) results in the shutter being open for half the time one frame is present for at 24fps. This is known as a 180 degrees shutter angle. (It is not about coverage of the frame, rather exposure timing). A 180 degrees shutter angle is preferred as the de-facto setting by cinematographers for a typical scene. The fastest shutter speed and narrowest angle on the Blackmagic Cinema Camera is 45 degrees. This is a 1/198 shutter speed, closest to 1/200 on a DSLR. You might want to use this for a fast action sequence, slow mo or fight scene to reduce motion blur.

Here’s the full list of shutter speeds available on the camera and how they translate in 24p to a DSLR equivalent shutter speed.

As you can see, if you are doing to need a shallow DOF composition in day light at F1.4, a shutter of 1/198 with a native ISO of 400 will result in an over exposed image as well as a more staccato look to motion and no motion blur, so that shows you the importance of a good ND. The best value ND of choice is currently the Vari ND by Lightcraft Workshop and I use these on my FS100. With a static locked down shot and not much movement within the that shot you can often get away with a very high shutter speed on a DSLR like 1/1000 but the Blackmagic Cinema Camera is a good chance to start embracing the superior 180 degrees shutter angle and NDs because it does give motion a more cinematic feel.

New hands-on with the Blackmagic Cinema Camera, this time from Jigsaw24 in the UK