One of the most essential styles of anamorphic shooting ahead of the aspect ratio, shallow depth of field and oval shaped bokeh is flare.

I rank this second behind the wide aspect ratio itself in order of importance. It can really give a beautiful otherworldly sci-fi esq look to your images. Stuff shot well with anamorphic glass looks high budget but maintains a low-fi charm. Call it ‘Tony Scott’ but more talented.

The LOMO anamorphic lens is the undisputed king of flare. Since my last one (now sold) I have bought two more and will be testing these next week. One is the same as before, the 35mm F2.5 and I will have a new addition – the 50mm F2. Both square fronts of course, so not as easy to focus as the $6000 round-fronts but a lot better value.

In this test, I try to find the runner up in the flare stakes, and it goes something like this:

In Isco land it is mostly a subtle affair because of heavy coating. Some of the Iscoramas are also multi-coated and quite sterile. The Iscorama is undoubtedly the best anamorphic lens overall, and I like the subtle flare of the Iscorama 36 which is not coated to death, but the multi-coated (MC) ones are just not quite as much fun as the LOMOs, they hardly flare at all! My Isco is a rare (one of only 20 in the world) version of CentaVision, made for the Widescreen Centre in England toward the end of the Iscorama’s production run. It is a fantastic lens but also multi-coated sadly!

The Kowa Prominar 2x anamorphic is currently the most underrated anamorphic. It is every bit as sharp as the Iscoramas, but it comes in so many different forms. I have the Bell & Howell version which is extremely good, since it uses the same optics as the top end Prominar. However some Kowas have been mishandled, and you never know quite what you’re going to get off eBay! The flare – well, it is certainly interesting. Nice warm orange ovals from daylight, and some green horizontal flares as an added bonus. It flares much more nicely than the multi-coated (MC) Iscoramas.

The Panasonic LA7200 is also underrated. It is a 1.33x so not as wide an aspect ratio as most. However it is currently one of the only anamorphic adapters which works on truly wide fields of view, 14mm on the GH2 in fact, and it gives you true 2.35:1 cinemascope from 16:9. The Iscoramas and Kowas all have to be zoomed through to between 35mm and 85mm to avoid vignetting (Kowa allows for a slightly wider image than Iscorama). It’s flare is good too – some of the most complex and exgravagent flaring of all the currently anamorphic lenses. It’s not as nice as the LOMO, and sometimes it looks a bit ugly and bitty but you are guaranteed a horizontal flare of some kind, no matter what. They clearly didn’t bother to coat the thing!

One world of caution regarding anamorphic lenses and the GH1/2 14-140mm Lumix kit lens. Although this lens works great with the LA7200, you cannot go quite as wide with it as you can other 14mm lenses or the Olympus 9-18mm, because at the same focal length as other lenses it vignettes on the LA7200. Weird I know. It has a larger rear element and a complex optical design, plus it’s coated to death so it won’t flare as well. For the GH2 I recommend an older 13mm and 18mm lens for the LA7200, or Olympus 9-18mm (I used the Four Thirds version), or the Canon 10-22mm EFS. It also suites the Canon 10-22mm EFS lens pretty well, and remember with the LA7200 you cannot dip below F4 like you can on the Kowa and Isco so it’s not as good in low light, and shallow depth of field shots are more difficult. If you have a 5D Mark II forget the LA7200 and go for the Kowa.

I just wish the Kowa was as easy to focus as the Iscorama and LA7200. The Iscorama has a unique patented focussing system which allows just the anamorphic to be focussed with the picture taking lens on infinity. The LA7200 allows you simply to focus the picture taking lens. But the Kowa and all other anamorphic lenses including the square front LOMOs need the prime lens to be focussed to the same point as the anamorphic, making racking focus impossible and shots more tricky to set up.

It’s also important to bare in mind that the picture taking prime or zoom lens effects flare, but that is really a subject for another article. For this test I used a 50mm OCT 18 mount LOMO cinema prime for the first set of shots with the daylight simulating studio light, and the same for the second set except in both cases the LA7200 was paired with a 35mm Zeiss Jena F2.4.

Here is another comparison shot, all together now. Isco, Kowa, LA7200 in that order.

That vertical beam on the LA7200 is insane. Where did that come from!

Here are the same test shots without the anamorphic lens, just taken with the LOMO cinema prime aspherical. 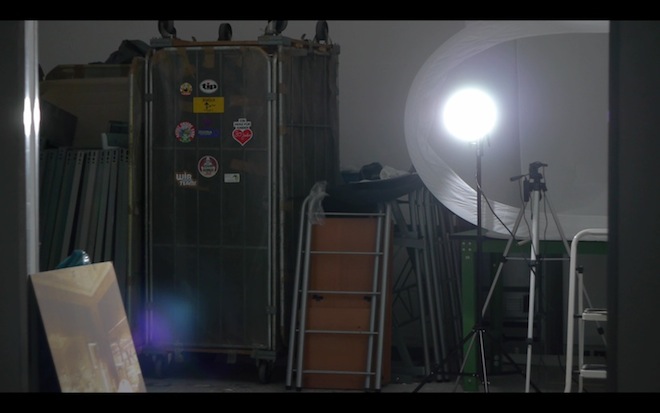 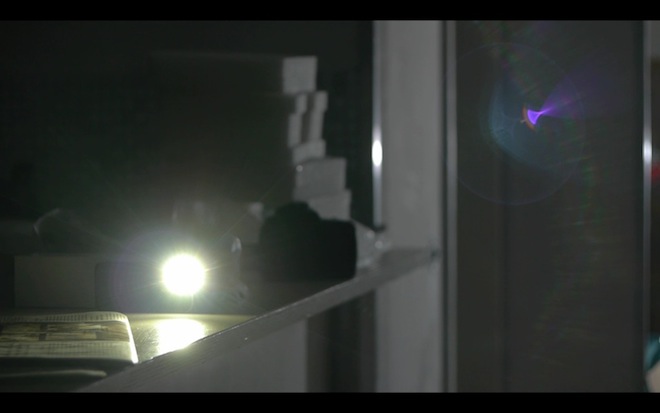 It’s important to note that flare gives a lot more to motion images than test stills, because the flare varies so much depending on the angle of light hitting the lens, and the type of light.

I expect the Kowa to really excel with sun beams, like the LOMO anamorphic lenses since it has that warm oval flare from high kelvin rated light, which is completely absent from the LA7200. Can any technically minded optics guy tell me why that could be?

For reference, here is that classic LOMO flare… This – from an iPhone torch none-the-less. Incredible. Easily the best in my view: 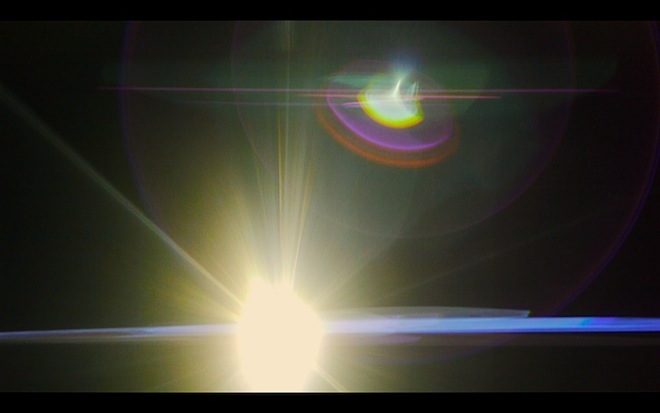 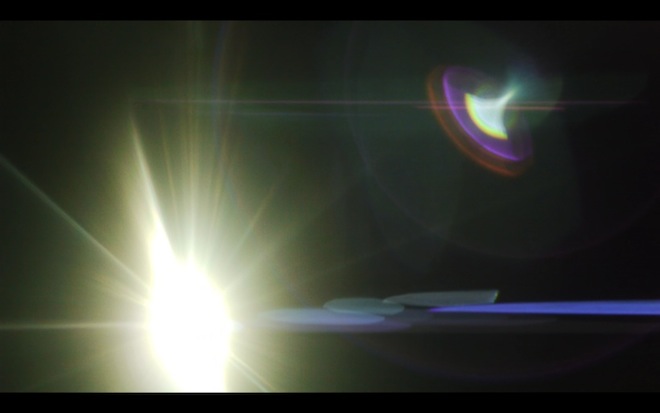