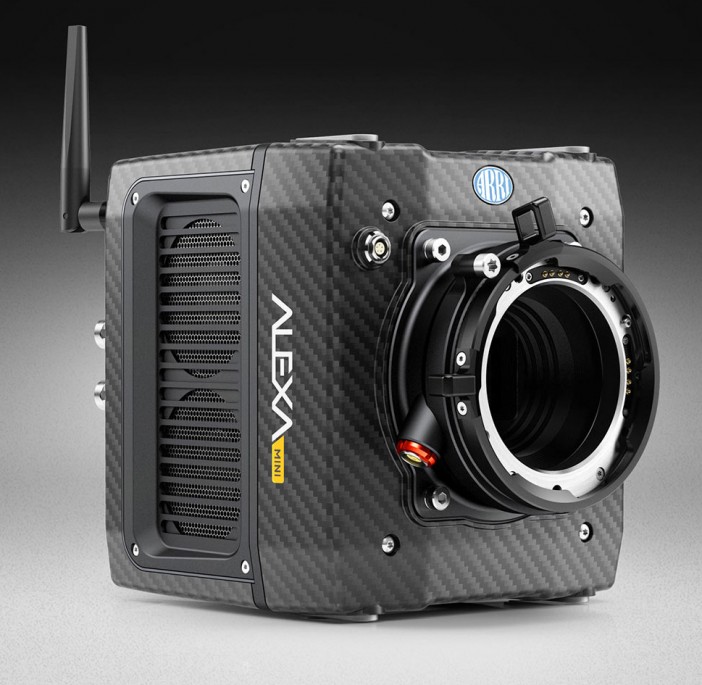 Aimed at pros using more compact DSLRs and C300s for smaller rigs, the Arri Alexa Mini isn’t as feature packed as an Epic or Dragon (audio is particularly lacking) but it is certainly similar in concept and of course the image will be pretty unbeatable. Arri face quite a bit of competition on the rental market from the C300 as sometimes even on Alexa productions, it is used in place of the Arri monster when small-size is a factor for rigging (MoVi for example).

I love the design of the Mini even though it is a bit of a ‘Blackmagic sensor-in-a-box’, very clever engineering especially mechanically.

It’s complimentary to the bigger camera. Alexa shooters will no longer have to worry about matching C300 or DSLR B-camera footage to their A-camera.

They can also now take advantage of the increasing nimbleness of rigging, such as the MoVi and even drones without having to ‘downgrade’ to third party camera systems, though it’s disappointing the power consumption of the Alexa Mini remains so high and requires such large batteries relative to the C300 and FS7. The prototype Mini has a v-lock battery Velcro-ed to the side which while practical isn’t exactly elegant.

For the C300 that camera now has serious competition from Sony. It is completely outclassed by the FS7 in every way aside from the usability of the menus and buttons

For Canon it only really became crystal clear about 6 months ago what they must do to compete.

I think user feedback would put the high frame rates at the top of the list. Slow-mo is very popular at the moment and clients demand it, almost to the point of it being overused.

4K would be easy for Canon as the sensor in the C300 is already 4K. With better cooling and perhaps a faster processor, the C500 already enable 4K but only externally.

That the next camera will have 4K internally is obvious.

Global shutter often pops up in rumours but I don’t think this camera will have it. This technology is not a free lunch and it has a trade off in terms of low light sensitivity, something Canon is known for. A fast rolling shutter poses few problems and the Alexa has a rolling shutter too.

The 1D C Mark II has far more question marks hanging over it than the C300 Mark II or possible C500 successor.

It is even doubtful whether it will ever come out!

The original 1D C was heavily based on the 1D X which isn’t due for a refresh yet.

Canon would have to develop a completely new 4K DSLR just for the cinema niche market and the last one didn’t sell very well. Will they bother? A C300 with internal 4K is small enough and Canon doesn’t really believe in hybrid stills and video so I doubt they will see a purpose in a 1D C Mark II.

What Canon might try instead is a full frame C500 Mark II or C700 to give people another reason to invest in EF lenses.

If the 1D C Mark II does appear then the spec should be a no-brainer as the last one left a gaping hole where improvements can be made. It needs to scan the full frame sensor in 4K mode not a 1.3x crop of it, has to have a long-GOP 4K codec with smaller file sizes than MJPEG, should pack more video features and improved battery runs.

I think the C300 Mark II being sales leader will be Canon’s priority at NAB 2015 though.