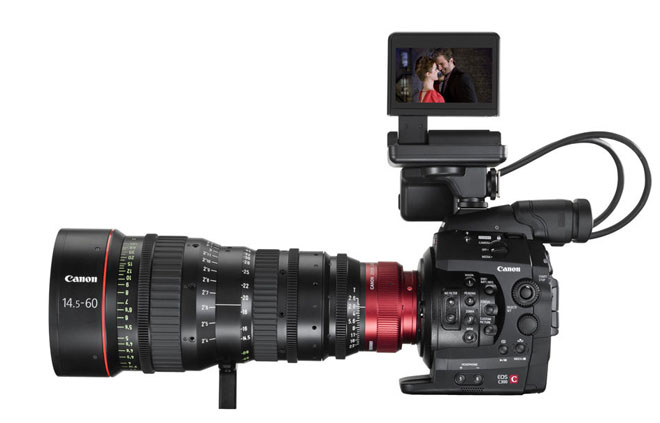 From his ProVideo Coalition article:

More often than not the camera is booked on a job before I am. This puzzles me, because if the camera shows up for work and I don’t nothing is going to happen. If I show up, however, any number of [appropriately chosen]cameras can also show up and everything will be fine.

As cinematographers we should be selling ourselves on our unique vision and abilities, but instead we often find ourselves selling gear. “Yes, I can use that camera,” “Yes, I own that piece of gear,” “Yes, I can give you a better deal than a rental house,” etc. The problem with this approach is that it works as long as there’s no one cheaper around… and there’s always someone cheaper.

Somehow the focus must be shifted from the technology back to the people who use the technology, because that’s where all the creativity is.

There are clear signs that digital technology is killing recognition due to artists. Comments like “Oh the camera did a great job there” when actually, the shooter did, are commonplace.

Now I must say I am interested in the gear, the technology. Before becoming a filmmaker electronics was my main passion in life. It is part of who I am and it is the reason I write a blog about it (this one). I love it. But being interested in something and recognising the worth in something are two different things.

I am totally satisfied with the GH2, a sub $1000 camera. It is 100% up to me to go and make best use of it. The more I realise this the better filmmaker I become, the more I build a network of contacts, build links with actors, actresses and other creative filmmakers, travel, shoot in interesting locations and hone my eye as a cinematographer. Part of the reason I like cheap gear is I like low-fi looks, and putting life into an otherwise ‘too clean’ sterile HD image.

I find it interesting that Ryan Koo of Nofilmschool recently pre-ordered the new Scarlet-X for $10k, and once all the accessories and SSD cards are accounted for it will cost upwards of $20k. Before his successful Kickstarter campaign Koo was a DSLR shooter and he still is an aspiring filmmaker, and I wish him the best of luck. Of course he can invest how he sees fit but isn’t the generously donated $120k better spent on the actual film? Hell knows why he felt he needed it. It is like a guitarist joining a band and immediately feeling the need to splash $10k on a guitar and $4k on an amp before writing songs and jamming with his band members.

The obsession with expensive gear seems all-ecompassing in the filmmaking community. Is it a reflection of the greater sweep of consumerism dominating the world? Could it be that people feel the need to boost their presence and their self esteem, to justify their talents with bigger and better acquisitions?

We’re filmmakers not camera salesmen. The only thing I want to sell is the stuff in my head – the visual talent, the ideas, the experience.

What strikes me when reading Steve Jobs’s biography recently was that Apple was truly born of the hippie counter-culture of the 1970’s. These kids believed in working together, furthering themselves and their own creativity – not in material possessions and the acquisition of wealth.

The emphasis was all on yourself and the journey of enlightenment, not a journey of one’s career toward an establishment and the extravagant purchases made along the way.

Apple was started at a hobbyist meeting of less than 100 people, and the first Apple computers were manufactured in a garage, the product of a genius not too dissimilar to Vitaliy Kiselev (Steve Wozniak).

Today hobbyists are seen in a quite different light. They are the ‘amateurs’ with sub-standard gear not capable of professional results. This is nonsense and always has been. Even the largest filmmaking name starts off as a amateur hobbyist with an interest and no money to execute it! The biggest companies in the world usually start off in the mind of one person in a garage as a hobby or a fund raising exercise. The mass-market ‘consumer’ computers of the home went onto to truly change the world and our technology culture, not the super-computer mainframes of IBM who’s engineers looked down at Apple as ‘amateurs’, and their creations as ‘toys’.

In my view, spending a large part of your budget or $20k on a camera only makes sense if you are doing a spec-job that specifically requires a certain camera feature (for example, over crank for slow mo). The chase for better specced cameras, better image quality, more expensive gear and more elaborate rigging is creatively fruitless. It is a complete waste of time for the aspiring filmmaker.

It is an attempt to buy success from outside sources.

Real success comes from within.