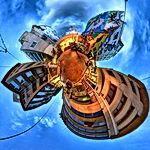 Hi everybody, my first comment on this forum, very nice to meet you. I like Andrew's review for EOS M3, and I find it to the point and I find very useful the videos "Japanese Garden" and the "Studio T

Yes it is, although most people know the drill on that by now right? Here's the first part http://www.eoshd.com/2014/11/shooting-4k-pocket-camera-exceptional-panasonic-lx100/ I still love it. The best

@Jonstaf   Your EOSM is a great camera, and you can significantly extend its capabilities by loading Tragic Lantern onto it.   I use TL on my EOSM to boost the bit rate and to shoot all "I" frames wit