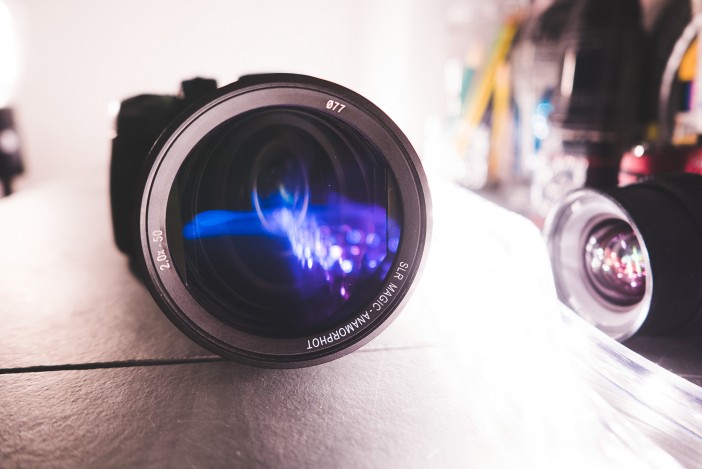 At Photokina 2014 I gave my first impressions of the prototype SLR Magic Anamorphic 2x on the GH4. Now I have a newer version of the lens with me in Berlin to see how it compares to my other anamorphic lenses.

Unlike the previous SLR Magic Anamorphot 1.33x, this is a 2:1 anamorphic, which is the cinema standard (and the look that goes with it). 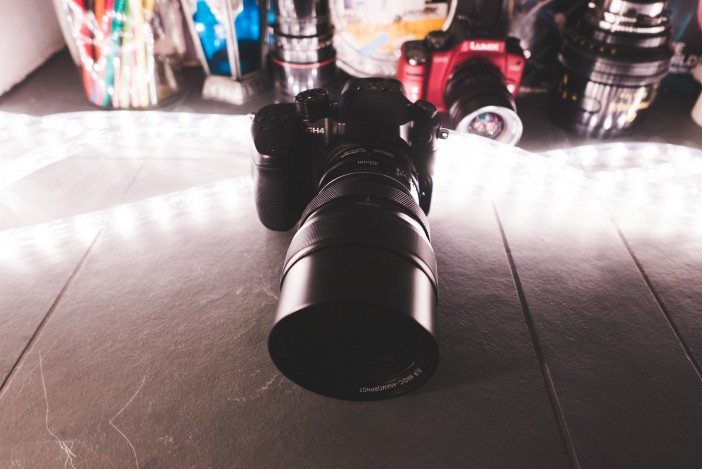 This lens is better suited to the Panasonic GH4 than to my Canon 1D C or other full frame cameras for two reasons.

First of all the GH4 can record 4K using the 4:3 aspect ratio (in 4K Photo Mode), which is approximately what the anamorphic format was invented for originally.

In this aspect ratio you can also make use of the vertical resolution gain an anamorphic lens is designed to deliver, while also avoiding the super-wide 3.55:1 aspect ratio that results from cinema 2:1 anamorphic on a 16:9 sensor.

I shot 3328 x 2496 with this lens. Very nice! This unfolds horizontally to nearly 7K in post! Alternatively if you don’t need the resolution gain you can just squeeze the image by 50% vertically. This is very easy to do in the edit, simply enter 50% for the horizontal frame size for each clip on the timeline (in Premiere).

The other reason the Anamorphot 2x is well suited to the GH4 is due to the more compact Lumix lenses, which place the aperture entrance pupil closer to the anamorphic. The crop sensor of the GH4 helps further – this lens prefers wider focal lengths like 25mm or 35mm. Longer lenses like 85mm cannot be shot with at F2.8 with this lens – too blurry.

I found the anamorphic worked best with the Panasonic-Leica 25mm F1.4 at F2.8 or F4. The Voigtlander 25mm F0.95 is a tad sharper even, and pretty usable at F2.0. The Lumix 20mm pancake is also a good match especially at F2.8 and pleasingly compact, bringing the anamorphic closer to the camera body for better balance. However at 20mm the anamorphot does begin to vignette even in 4:3 or 1:1 mode on the GH4’s crop sensor. 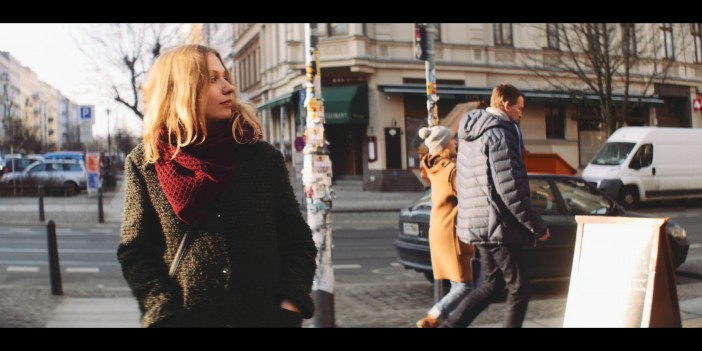 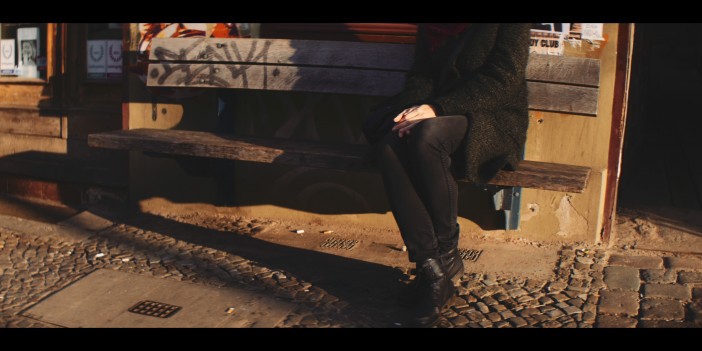 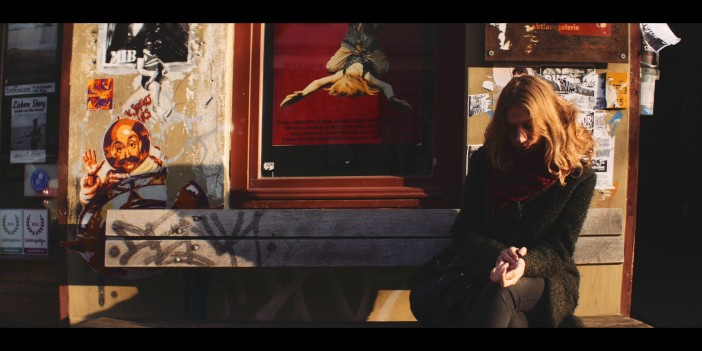 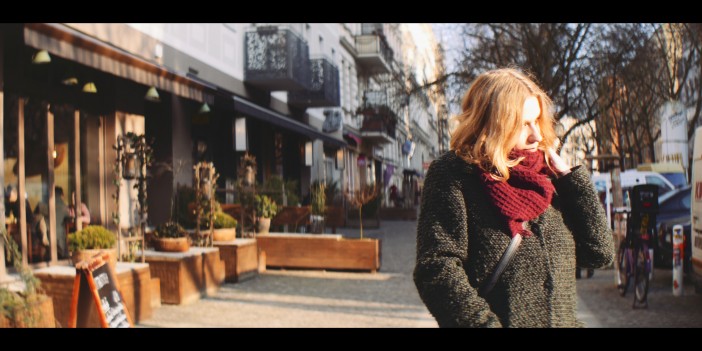 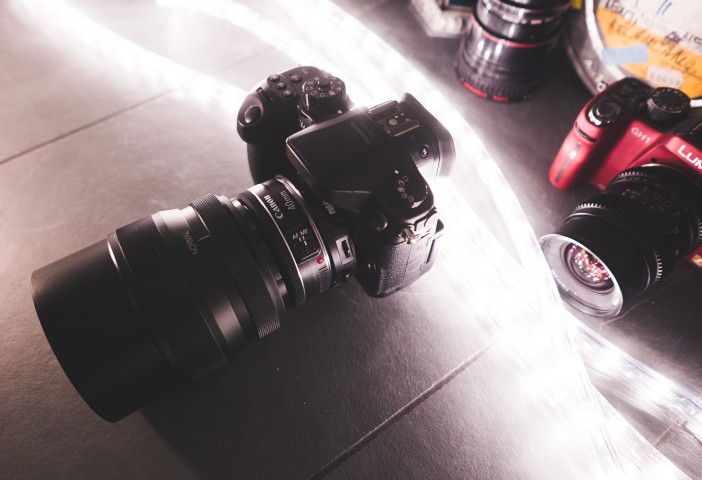 The lens is also a great match to the Canon 40mm F2.8 STM EF pancake which is a very affordable lens and can be used to the best extent on the Metabones Speed Booster when paired with the GH4, there’s no vignetting and you can effectively shoot sharp at F2.0 with the anamorphot. However one thing you need to watch for with this lens is the focus isn’t internal, and the anamorphic hangs off the moving front element, putting more strain than usual on the focus mechanism and motors.

Seb Farges has also had success with the vintage Canon FD 50mm F1.4. 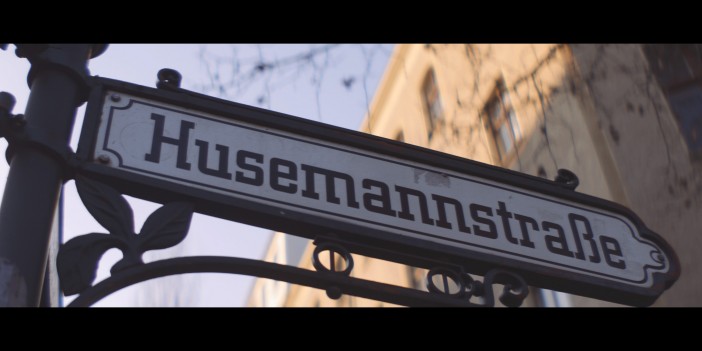 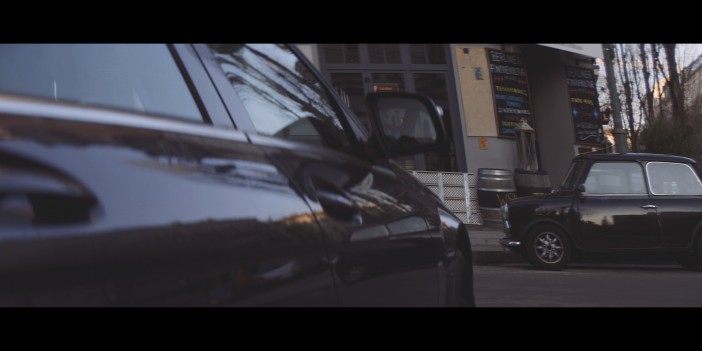 Although usable stopped down at F4 on full frame, it isn’t sharp at F2.8 on full frame with longer lenses such as an 85mm and it vignettes at 50mm or wider. With my 1D C in 1.3x crop 4K mode I can just about get a vignette-free image in 16:9 at F2.8 on the Canon 50mm F1.2L but when stopping down to F5.6 you begin to turn the nice soft corner vignette into a hard black edge. On the A7S in full frame the vignette is simply too much and would require a crop in post to remove it. I find a severe vignette distracting when shooting.

At 85mm to avoid any vignette on full frame the lens gives a very blurry image at F2.8 or other fast apertures, unlike on the wider Panasonic lenses.

It is not really going to be a mega-shallow depth of field tool UNLESS you’re focussing very closely with diopters. SLR Magic have produced a pair of these and they perform very well as we’ll see in my final review. Here the wonderful oval bokeh typical of a cinema anamorphic is more noticeable.

In my experience anamorphic lenses tend to go better with older, simpler lenses but this one finally bucks the trend! The usual star performers for anamorphic like the Nikon 50mm F1.8 E-series pancake and Helios 58mm F2.0 are poor with it and unusable even at F2.8. The upside is that modern lenses such as the Sigma 35mm F1.4 ART perform really well with it!

So while you won’t be shooting at 50mm F1.4 or 85mm F1.4 on full frame with the anamorphot, you can stop down or pair it with a better matching lens, no matter what camera body you plan to use.

Seb Farges has been shooting with the lens for a week now, so say bonjour to his footage below! 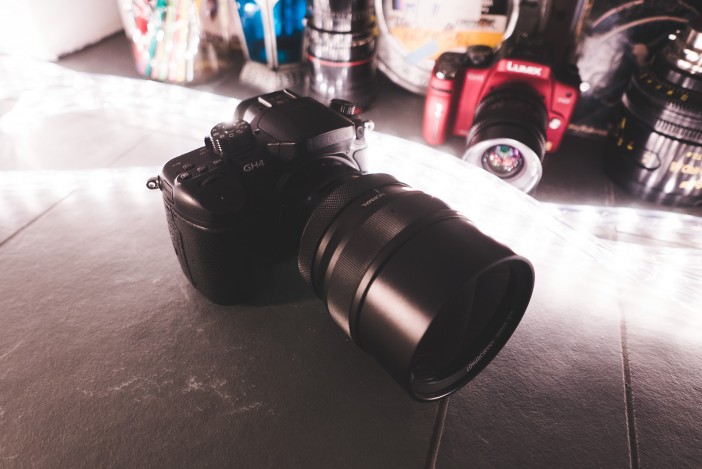 It doesn’t require diopters for close focus because of a built in near-focus mechanism, though the diopters do help you get even closer for macro shots.

Like the 1.33x version of the Anamorphot, it has a similar near / normal ring to engage the focus mode you need for the shot, then you simply focus with the prime lens.

There’s a new feature – an alignment collar which you can pull back to twist the lens into the right orientation. To attach the lens to the prime you simply use stepping rings from the prime to the 62mm thread of the Anamorphot.

I will be back once I have shot with it for a few weeks, with a full review and update.

My initial feelings are that the lens is a good budget alternative to the $3000+ LOMO and Iscorama anamorphics. Like the LOMO it has the 2x stretch we associate with classic cinema. Thanks to the GH4 we have close to the Cinemascope aspect ratio of 2.39:1 as well! The horizontal streaking flare is present and correct as well as the ‘waterfall’ look to bokeh.