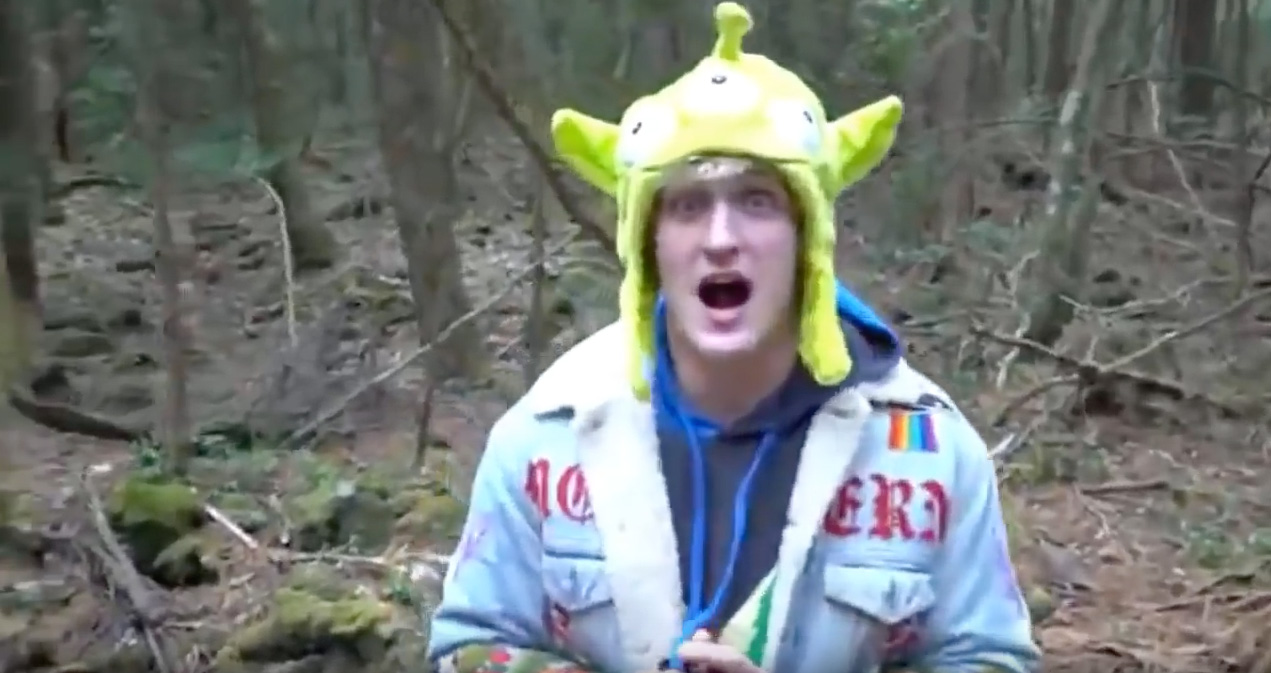 I’ve been meaning to write a blog post about how fucked up YouTube is for a while now.

There’s a mystery at the heart of a Japanese forest. A man dressed like this… 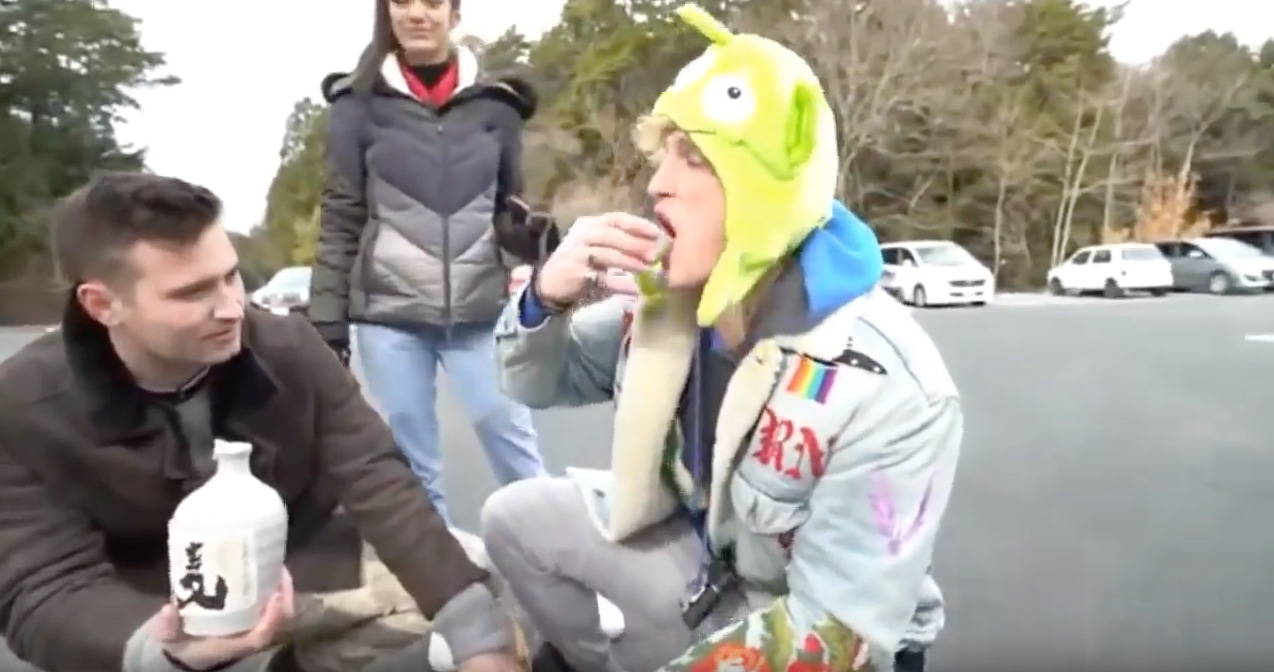 … doesn’t put his camera down when he finds a dead man’s body hanging from a tree.

The reason for this is that Logan Paul is a fucking algorithm. He sees a dead body and calculates the views in his head from the controversy.

The popular site we depend on for our hits and kicks is a robotic presence without an ounce of humanity.

It’s NUMBERS driven. It doesn’t have ethics. Billion dollar company YouTube does not encourage the most talented content creators, it doesn’t even employ them or offer them contracts and it sure as hell doesn’t pay anything for quality, it only pays for views, clickbait and sensationalised bullshit, so that’s what’s flourishing. That is the direction modern culture is headed and it is an shitty algorithm’s fault.

Moral dilemmas are just not a part of the machine. When driverless cars come along you will see what I mean. These will be swerving into mothers and babies left-right-and-centre to avoid unexpected situations. My prediction? Autonomous vehicles will be banned from the streets as quickly as they come off the first driveways.

Sadly Logan Paul is still on the fucking road. The very fact this human piece of garbage and his YouTube channel is still online shows that YouTube shares his complete lack of regard to ethics. They have a set of terms & conditions and human moderators, but don’t let that fool you! The overall thrust of the platform is algorithmic.

So of course Logan Paul kept filming (think about the hits) kept larking around (think about the hits) and kept editing (thinking about himself), kept uploading (I am all that matters) and kept buzzing (me, me, me) from the reaction long after he failed to put his camera down and walk away from a dead man whose life he had no concern for, because this particularly cancerous algorithm wanted his name on the BBC News.

His apology video contains the word “I” over and over again. 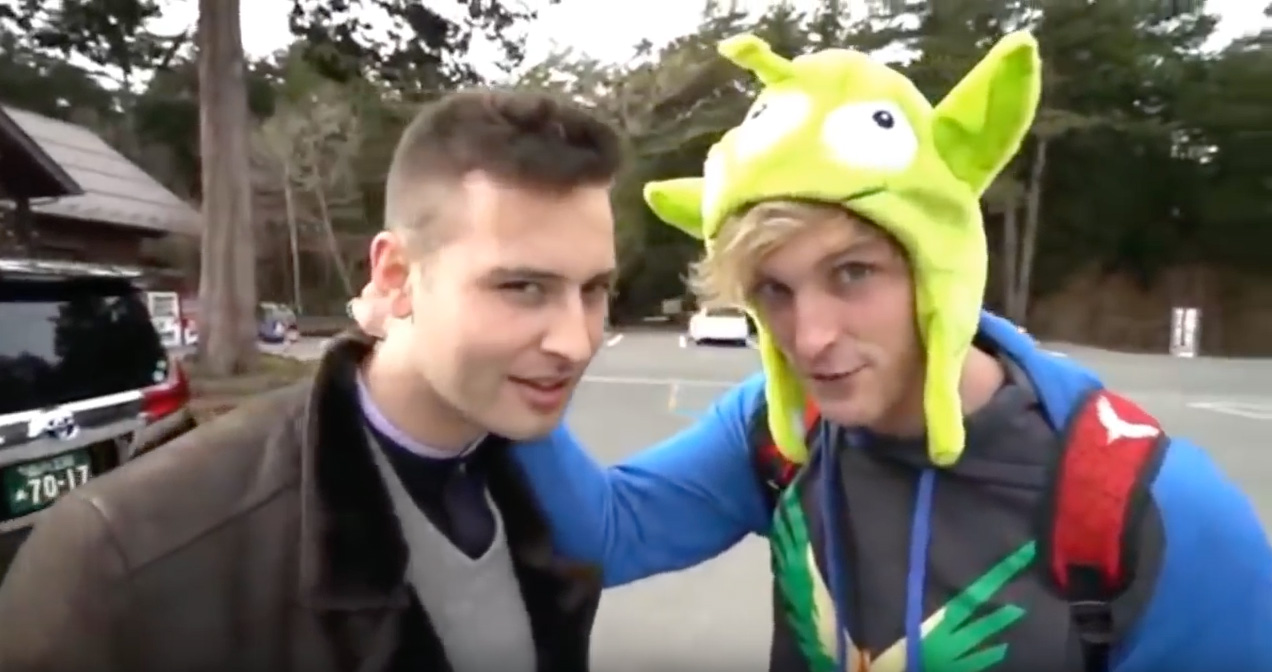 There’s only a simulated concern for the deeply disturbing human tragedy behind his hit counter. He has no empathy and neither do his fanbase. Zero respect for Japanese families who have lost loved-ones this way, whose darkest memories will be dredge up by the mass media hysteria around the controversy. Instead Logan Paul will in secret welcome every ounce of the outrage and column inches by the mile – from morally posturing blog posts like this one, to angry “response videos” from a range of YouTube stars like PewDiePie and hundreds more…

Who hasn’t heard of the fucking sociopath now? Of course the tacking on of a suicide or depression helpline or doughy eyed apology doesn’t change this fact one bit. That’s the same as YouTube’s algorithm claiming to take the moral high ground because – hey “terms and conditions”.

The algorithm of YouTube allows a marauding bunch of voyeurs and thickos to decide what gets seen and what doesn’t, and that my friends is a crime against humanity. Does a network not have any responsibility to curate what gets seen? None at all?! No organisation beyond a smattering of user generated playlists and hit counters. It’s a pathetic system with a blind faith in idiocracy.

But the most worrying thing of all are Logan Paul followers, all 15 million of them. There’s only one Logan Paul but there’s an army that think like him and behave like him in the real world. Like, like, like, I, I, I… His followers and apologists don’t have any humanity either.

Where did it go? Is this just the tip of the iceberg of a moral decline of the general populace? These are teenage girls and middle class kids with privileged upbringings and they are getting their laughs from a real-life suicide, virtually live streamed into their homes – and this is how trivial it looks to them – 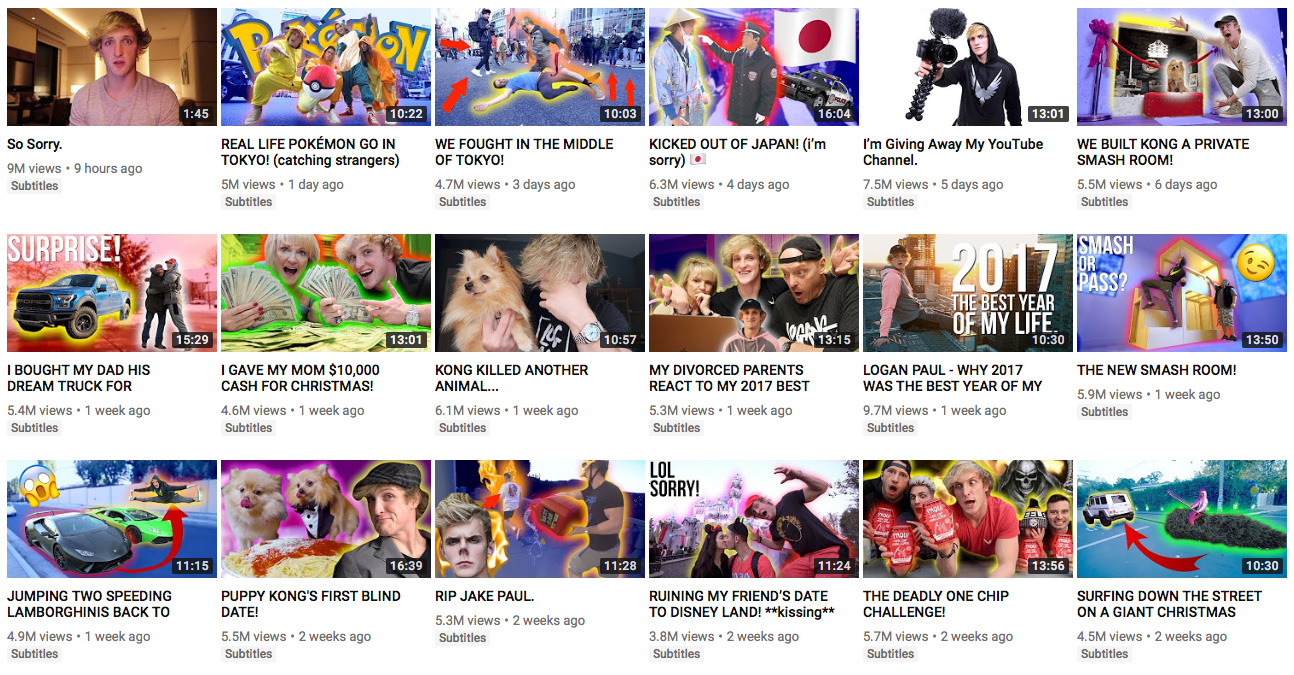 No established TV network in any developed country can get away with the same thing AND YET the world’s most important media and technology giant Google just *shrugs* and leaves it up to Logan Paul whether to continue his channel or not, after all it’s “his” channel. Atlas shrugs.

The one thing YouTube did do was move to protect their advertisers, because the brand-images of big names are far more important than any viewer or the normalisation of psychotic narcissistic behaviour. You can’t be seen to associate Pepsi with real-life suicide of course. How are they meant to sell sugared water over real-world dead bodies? But you can let the masses revel in it, no problem. Again the algorithm is in control, a cool hand on the tiller but a complete disregard of humans.

If YouTube were as good at turning people away from mass-market moral vacuum phenomena like Logan Paul as they are at shielding their advertisers from snuff movies, it would do us all a favour. The very fact they don’t, means they really don’t give a shit because as a platform provider and ‘safe harbour’ they washed their hands of any ethics a long time ago. Leave that up to government select committees and lawyers, huh? If Logan Paul was putting this content out as an employee of a TV channel, it would be buried in some late night schedule and axed after half a season or 3 episodes, whichever came first… and that’s if some coked-up executive was stupid enough to green-light it in the first place.

Instead it’s a number one trending topic all over YouTube with a phoney apology video and his name on the tip of everybody’s tongue.

It’s easy to pass all this off like it doesn’t matter, with the same casual disregard Logan Paul had for a once proud Japanese man who killed himself. The only thing more lonely than that Japanese man likely was, is an outraged Logan Paul fan… they pretty well all don’t care – and probably find the whole situation funny. We’re losing our humanity because of machines and non-human trash like Logan Paul – and there comes a point where you just have to say “delete”. I don’t want humanity to go through an algorithm-driven decline of our culture and moral standards, let alone a programmed de-humanisation of society in the guise of popular culture…