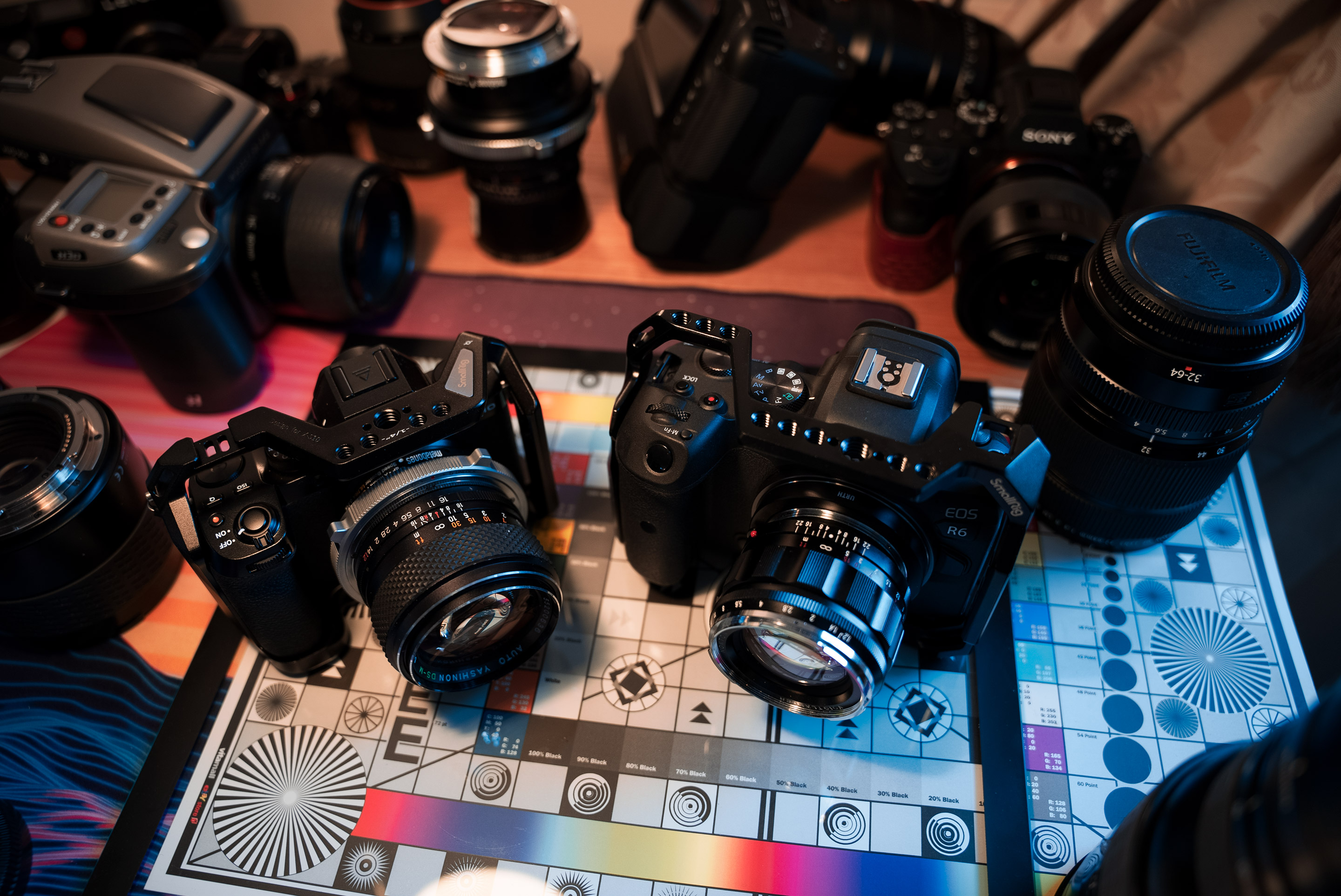 Above: The new Fuji X-S10 and Canon EOS R6 10bit mirrorless cameras do not play well with Adobe Premiere Pro.

Fuji users have probably – 90% of them – not been seeing the true capabilities of their cameras, because Adobe Premiere’s hardware acceleration doesn’t interpret the files correctly. As the EOSHD Dynamic Range Enhancer shows by fixing this, the full range 10bit H.265 files are heavily clipped in both the shadows and highlights. With the M1 processor, this seems to be improved due to Apple’s new hardware acceleration but the issue has been plaguing Fuji users for years on Intel, Nvidia and AMD systems. You can find out more about the EOSHD Dynamic Range Enhancer download here.

The other problem with Adobe Premiere is the lack of hardware acceleration for Canon’s 10bit 4:2:2 H.265. This is the format Canon has used for C-LOG recording on the new mirrorless cameras like the EOS R5, and the Cinema EOS C70. Even on a new M1 processor, I find that files fail to playback at all and buffer constantly – and this is just a single clip on the timeline without any effects or grading applied.

There’s a reason Fuji chose 10bit 4:2:0 for their HEVC codec implementation on cameras like the X-T4 and GFX 100 – Nvidia and AMD GPUs don’t support hardware acceleration of 10bit 4:2:2 H.265. So did Canon not realise this?

Either way, Canon EOS R6 and R5 users are stuck with uneditable files that have to be transcoded to another format to be usable in Adobe Premiere Pro.

I am calling on Adobe to fix the issue, because at least on my M1 Mac, Final Cut Pro X has little trouble with the 10bit Canon LOG files from the EOS R6.

This is going to be a real issue for Premiere users if it isn’t sorted out soon. Although I expect many have already jumped ship to Resolve any way!

Fuji cameras for some reason, along with certain Canon DSLRs like the 1D C record 4k using the BT.601 colour matrix, and Fuji cameras do not have the ability to switch this to BT.709 (REC.709). More-over, Fuji cameras still lack the ability to change the luminance range to a broadcast legal setting such as 16-235 for 8bit footage and 64-940 for 10bit.

If a full range file is interpreted using the broadcast legal lumaniancne standard in Premiere along with the standard definition color space BT.601 it causes huge issues because it will crush your blacks, ruin dynamic range and spoil the highlights with a harsh clipping there too, so overall a very digital look is introduce along with a big colour shift which makes your skin tones Trumpian and shifts greens to orange as well.

The way to fix this is to apply a full range to legal range conversion LUT as supplied with the EOSHD Dynamic Range Enhancer along with the BT.601 to REC.709 conversion LUT also in the download.

This will improve dynamic range, colour and skintones especially when shooting with Fuji’s Film Simulations in 10bit H.265. Eterna benefits enormously as that is designed to maximise dynamic range, so any clipping will really hurt the look.

The M1 contains a modern processor design with integrated H.265 encoding and decoding, integrated GPU and all sorts of modern improvements which have happened whilst Intel sat on their hands for a decade. Even so, Premiere for M1 Macs is still only in Beta! It remains to be seen whether performance with Canon’s 10bit 4:2:2 files improves in the native / universal app, compared to the Intel one which runs through the Rosetta 2 translation layer, and doesn’t take advantage of the custom M1 hardware acceleration features for H.265 playback and encoding.

Intel and AMD users however may be completely out of luck, since for some strange reason 10bit 422 was never on the list of hardware accelerated formats with the graphics card companies and enabling hardware acceleration in Premiere – which supposably toggles between Intel’s Quicksync for this and the GPU – only really has the effect of clipping your dynamic range even more!

If you have tested the M1 beta of Premiere Pro, especially with 10bit Canon LOG footage, I’d like to hear your feedback on the EOSHD Forum link below: