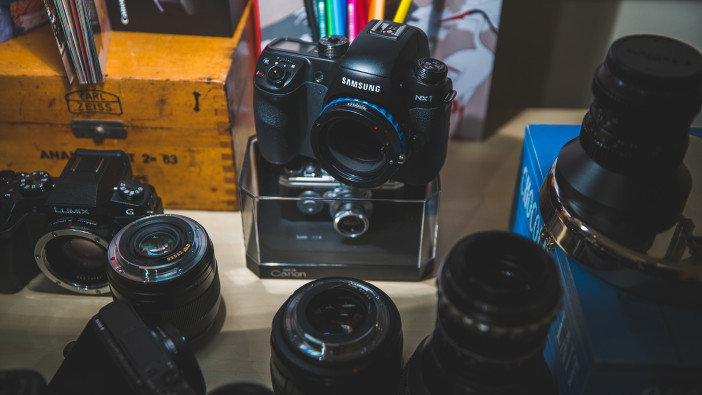 The signs are that the NX1 and NX500 are shortly to be discontinued in the US.

During the Samsung CES keynote this week, the writing was on the wall for Samsung’s mirrorless cameras.

There were zero mentions of the NX system in the keynote, in stark contrast to Sony using theirs as an opportunity to highlight a broad range of gear (and announce a new 4K camcorder). Sony had a particular focus on the existing mirrorless cameras (like the A7R II), with their CEO and COO inviting a filmmaker onto the stage to extoll the virtues of shooting with the A7 series. Not even the PS4 had quite so much stage time.

Samsung’s only mention of cameras at CES 2016 were of their smartfridge cameras and the 360 degree Project Beyond.

Today I also had an email from a reader in the US who ordered a Samsung NX500 from B&H along with an extra battery. The body arrived but the extra battery was mysteriously missing. Shortly afterwards B&H emailed their customer to say the manufacturer had discontinued the battery.

The fact is, a camera manufacturer does not discontinue the battery of a current camera without there being something seriously amiss, let alone make zero mention of the cameras at the largest consumer electronics trade show in the world.

Samsung seem to have an aversion to making a proper announcement about this. It seems like the NX system has been dumped as quietly as possible, with damage limitation region by region. In Europe rather than a unified statement when the cameras were discontinued across the continent and even in the UK, they put out several smaller statements just for the individual countries.

NX1 and NX500 users, having the gone through a rather unceremonious dumping by rumours and texts from other people, I think deserve to know what is going on.

Speculation has been rife, some of it plausible, some of it not. There are really just 4 distinct possibilities:

1 – Due to smartphone camera dominance Samsung didn’t see an opportunity for growth in a shrinking camera market and with their own sales at rock bottom anyway, decided to leave it entirely with no plans to return in the near future. The company might focus their image sensor expertise on supplying other companies and putting their modules in smart fridges which you can play Angry Birds on. A few niche cameras might pop up in areas of the market which are growing such as action cameras (getting more saturated by the minute – seriously who is buying these things?!), VR and 360 degree cameras for interactive panoramas on the web.

2 – Another possibility is that Samsung are doing what they did with the GX DSLR line before the introduction of the NX mirrorless line. Taking a year out for a rethink and coming back with a completely new system, probably full frame and with a new lens lineup, positioned differently in the marketplace and targeting high end users.

3 – Samsung made a deal with Nikon where they’d discontinue their own cameras, before a technology transfer to Nikon

4 – Samsung have simply discontinued a range of individual products, like the NX1 and NX500 but will keep the NX platform alive for a revival with new cameras and lenses at Photokina in 2016.

Of these I think 1 and 2 are the most plausible. 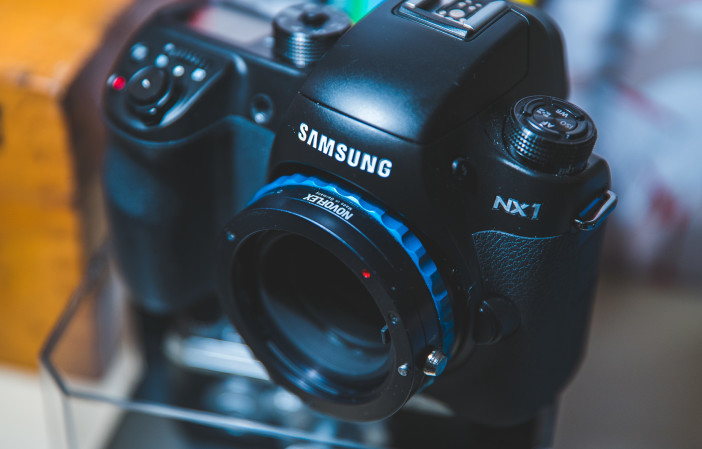 If indeed Samsung have abandoned the NX system and no longer plan to make mirrorless cameras, I think it’s a very shortsighted decision.

In just half a decade Samsung have tried to do what has taken Canon half a century to achieve – photographic market domination and strong brand recognition.

Seemingly they expected instant gratification and I remember their reps having some very unrealistic expectations about being a market leading manufacturer. You can read these interviews from a few years ago, it’s all on record.

What’s sad is their engineering team after so many years of producing lower-end models aimed at consumers, had finally been let of the leash to design a cutting edge camera system for enthusiasts with the NX1 along with a small but class leading set of premium lenses like the 16-50mm F2.0-2.8 S and 85mm F1.4. I have both of these and the 85mm outperforms my Zeiss 85mm F1.4 ZE.

I also remember seeing a range of their prototypes which included a medium format style camera and a Leica style rangefinder. What a shame these never saw the light of day considering their R&D resources. History will probably judge it thus – just as Samsung had built a system to be proud of, they dumped it in the bin.