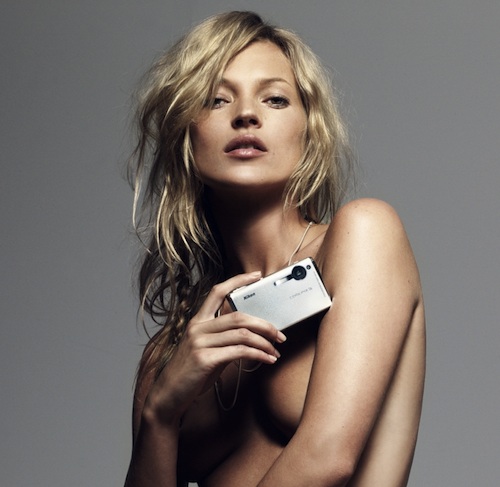 Camera companies get it wrong sometimes. Here EOSHD, with tongue in cheek, tries to help them with 20 suggestions.

There must be a product planner somewhere in a Japanese company saying something like “I know manual controls and 24p aren’t flavour of the month down at the focus group, but just stick them in as an option and you’ll be surprised how many extra customers the camera attracts”.

Whispers have it that someone at Canon USA said that early in 2009.

But on the Sony NEX, Samsung NX, Panasonic GF1, countless others and to some extent even the original GH1 we get a video mode more designed by product planners for mums and dads to use, instead of one made for photographers by engineers.

Dumbing down consumer cameras doesn’t help sales, Sony – you are not selling a dishwasher. You are selling a photographic tool whatever the cost and who uses cameras the most? Photographers. Yes cinematographers are a rare breed, but a photographer knows what the shutter speed does in video mode and knows that 24p looks better than 30p. They would prefer to use a camera without a PSP user interface and I am sure they also read sites like DPReview.com occasionally to find stuff out.

Now Panasonic recently shot an ad for their latest consumer dishwasher, erm camera, the G2 with a Canon 5D Mark II and even posted the behind the scenes video on YouTube. So clearly these companies need some help at marketing and planning their products. Allow me!

1. Upload to the internet one thousand 6 second clips of the general public shouting a catchy slogan whilst holding the camera. People love this, and it’s cheap to do. Stuff like this is what the whole internet owes it’s popularity too.

3. Don’t include a 24p video mode, it is ‘jerky’. Remember that you are not selling a camera to creative people, you are selling it to Mr and Mrs Smith who also have a Panasonic vacuum cleaner. Why sell cameras to photographers? It makes no sense.

4. Black and white is good. Appease the widest possible demographic and stick a mix of actors in the advert.

5. Remove the spaces between words to form a brand. MyCamera is much more marketable with no spaces. It’s 2010, people don’t have the time to remember where the spaces go in a brand name.

6. If the camera still doesn’t sell, stick some FreeJumpers in the ad.

7. If you engineer a camera to do 1080p, limit it to 720p. This makes perfect sense. Why would any customer in their right mind choose better image quality over saving storage space. You shoot video to save storage space not to create art.

8. Always remember your target audience – Average Joe and Sheila. They’d prefer colour choices to manual controls. There are far more Joes than ‘photographers’, therefore if a photographer or God forbid even a cinematographer wants the camera designed for them, they are going to have to pay a fortune for it.

9. Customers don’t know what a bitrate is. They don’t like higher numbers on the box. Unless it’s megapixels that is. That seemed to work. But even then look what happened – people ate too many and got confused.

10. This one is especially relevant advice to Panasonic. An advert with a crew of 300 and a $20 million budget will sell more cameras, even if it’s just a load of FreeJumpers bouncing off walls and you shot it with Canon cameras, and released the behind the scenes footage on YouTube, where every other shot was of an L lens. The company’s best camera isn’t a serious tool. It is capable of being serious, but plllleeease. Keep that out of the ad campaign and just jazz it up with some athletic morons and cameras from your chief rival and surely it will be good for sales.

11. Make sure to use Facebook and Twitter. Because customers are really do want to speak directly with marketing people who read a script and spam their profile with viral videos of multicoloured jump-suited morons and dishwasher deals. Why would anyone follow Philip Bloom on the set of Red Tails instead? That is boring and there is no action, just a guy called Rick edging into each photo holding a pocket slider.

12. At the end of the behind the scenes YouTube viral, get a bunch of FreeRunners to bullshit about some spoon fed features. Get them to twizzle the screen whilst saying “Oh I like it for getting unusual angles.” FreeJumpers are cool and get all the girls, their presence in the advert is worth that a 1000 photographers even if their photographic skills are limited to that of taking pornographic snap shots on an iPhone.

13. Under no circumstances should anyone working for the product planning department have any knowledge about cameras, photography, filmmaking or video whatsoever. This is an absolute PREREQUISITE for the job of sales too.

14. Remember, nobody buys a camera to take pictures. They just buy it because it’s cool and by extension the cheap lump of plastic makes them seem even cooler. That’s also why people buy iPhones.

15. If you are Barry Green, all of the above makes perfect sense and it’s logical for the consumer camera market. If you want a proper camera spend more money and forget about the DSLR revolution. The bigger the camera the more professional you are.

16. Any adverts must have nothing to do with photography or video at all.

17. No ugly people are allowed in the advert.

18. No fat people are allowed anywhere near the set.

19. When the camera doesn’t sell, blame anyone but yourselves. It may help sales that the camera has been released to shops first. Therefore, blame the shops.

20. Still not selling cameras? Give up and jam another 20 megapixels on the sensor so people can take worse photos, safe in their cosseted consumer knowledge that the higher numbers are what technology is all about.