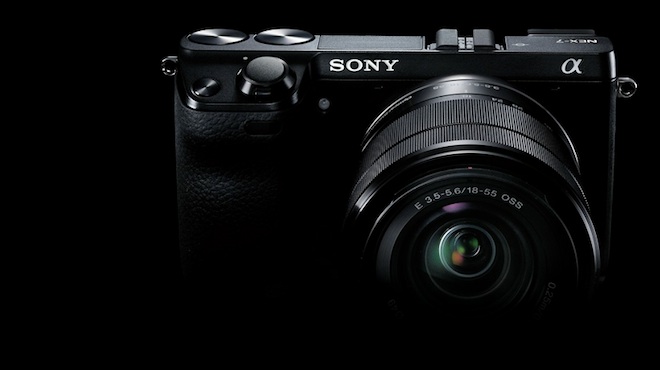 With the same OLED viewfinder seen on the A77 the NEX-7’s handling is much improved and up there with the Fuji X100. Initial reviews of this feature in particular have been extremely positive.

Watch the Sony NEX-7 promotional video at Amazon via SonyAlphaRumors.

Video wise this camera actually has a few advantages over on the very similar A77 in that it lacks the internal body stabilisation meaning no crop when this feature is turned on, that also allows for longer battery life, longer record times and less heat build-up plus being mirrorless you can adapt more lenses to it. Almost anything in fact.

The rest of the specs are very similar to the A77 and A65.

No confirmation yet on whether the extended telephoto feature (similar to the GH2’s crop mode) is available in video mode. It should be since it’s available in live view and live view is essentially a video feed.

As an aside the viewfinder’s refresh rate is meant to be very high – possibly in the region of 240fps according to source. But there is no way to record at the higher frame rates.

The NEX-7’s release date has been pushed back to November in Japan, but it’s likely the rest of the world will see it in limited quantities before Christmas at the latest. It is slightly cheaper than the A77 at $1199 body only and $1350 with the 18-55mm kit lens (a new style black version). Shame it is still slow – better to grab the new Sony 16-50mm F2.8 for $400 instead which looks very Zeiss-like!