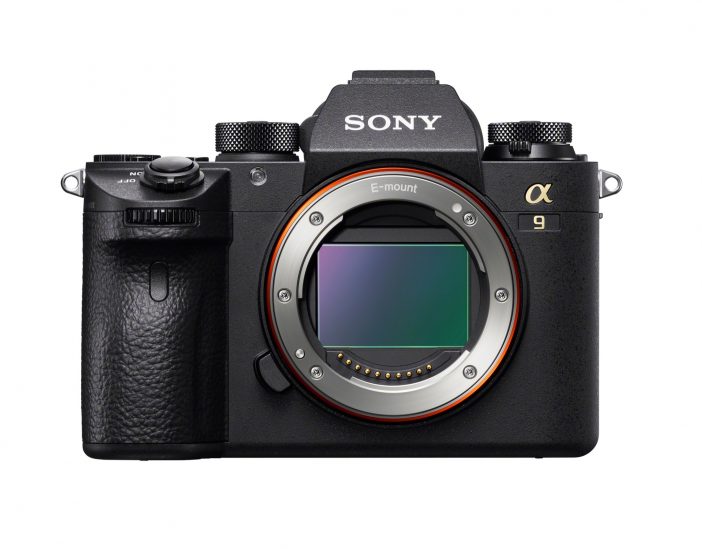 Available for pre-order at B&H now

Aimed at the pro market currently dominated by Canon with the 1D X Mark II and Nikon with the D5, the new Sony Alpha 9 significantly undercuts the traditional $6000 price of the premiere league cameras and brings new technology not yet seen in the full frame camera market, as well as 4K full frame video.

For video the Sony Alpha 9 looks interesting too with significantly reduced rolling shutter skew and 6K sensor readout for full frame 4K with no crop in 24p and 25p (Although in 30p there is an additional crop of the sensor).

Along with the full frame full pixel readout 4K mode, the camera features a 1080/120fps slow & quick mode which also does not crop the full frame sensor.

The new sensor is the world’s first stacked full frame sensor, which has memory chips and onboard processing solder-bumped directly to the back of the CMOS. The technology first came along with the RX100 IV 1″ sensor and has been upscaled to full frame. In addition there are 693 phase-detect AF points on the sensor itself. Expect an auto-focus performance improvement in video mode over the recent A6500 thanks to the new front-end LSI and faster Hybrid AF system, which scans at 60fps (although whether this works in 4K 24p remains to be seen). 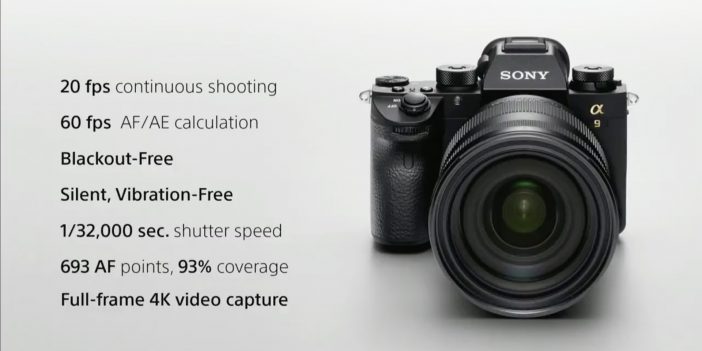 For stills photographers, the A9 has several advantages over the 1D X Mark II. Sony made a big play at the launch event of the A9 as a silent camera for wildlife photographers and journalists in sensitive situations. The electronic shutter system makes use of the extremely fast sensor readout to minimise rolling shutter to the point where pros are free to choose either the mechanical shutter or rolling shutter mode for important events. The stealth and size abilities of the A9 are superior to the equivalent pro Canon and Nikon DSLRs. So is the higher continuous shooting rate of 20fps with 14bit uncompressed RAW output to dual card slots.

We can also expect an evolution in terms of in-body 5 axis stabilisation performance with Sony claiming 5 stops effectiveness.

The new Z battery promises much improved performance also and the vertical battery grip will house two of them.

The Alpha 9 will start shipping in June 2017. The price? $4449 and approximately the same in Euros and Pounds. That’s around $1000 more than the current A7R II and A7S II, and probably worth it for many. 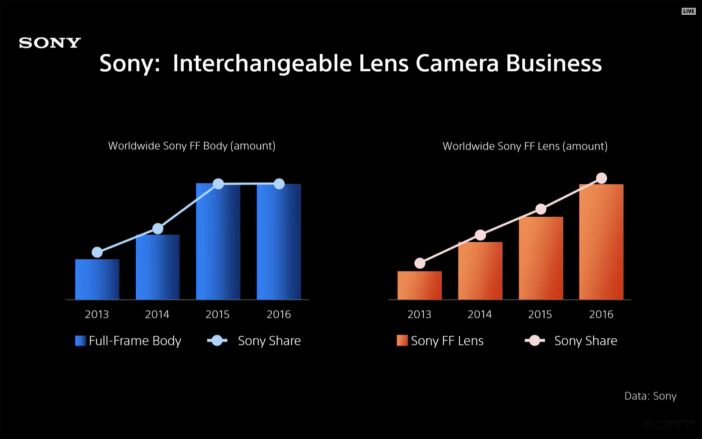 This is a 24MP full frame pro camera aimed squarely at unseating Canon from the number 1 spot in the pro market. For filmmakers it’s also attractive as it offers a big improvement in terms of rolling shutter skew. What’s interesting is that the 4K quality in full frame mode takes a big leap from the same mode on the A7R II because of the full pixel readout, while the 24MP stills are a big step up from the A7S II’s 12MP. A perfect balance?

Other welcome changes are the improved EVF, tweaked ergonomics (to be decided in terms of effectiveness!) and the new bigger battery.

Beyond this, it remains to be seen if Sony have improved their colour sciences, picture profiles for video and LOG profiles. How far the A9 pushes in terms of all the extra video features found on the GH5 also remains to be seen and the emphasis in the press release was mainly on stills. There’s no 10bit recording and the bitrate of the XAVC-S codec in 4K remains capped at 100Mbit. There is a mention of the Super 35mm crop mode being present but no DCI 4K resolution (it remains UHD 3840 x 2160). How much is being held back for the A7S III? Buyer beware.

The new sensor is a BSI (back illuminated) design and 24MP, so low light performance is likely to be pretty damned good. The maximum ISO is 51,200, expandable to 204,800, which compares well to the A7S II. The oversampling from 6K to 4K will also help further with low light performance.

Sony have brought the stacked DRAM technology previously realised in the RX100 IV and V to a full frame sensor. The advantages of this are a massive reduction in rolling shutter distortion, 20fps continuous shooting without the mechanical shutter and no blank-out on the EVF during a continuous burst of stills.

The 5 axis in-body stabilisation system has also been improved and is now rated at 5-stop effectiveness.

In addition the EVF is an all-new design with 3,686k dots, promising luminance that is 2x greater than the EVF in the A7R II.

A raft of ergonomic changes include a joystick for direct AF point selection and improved menus.