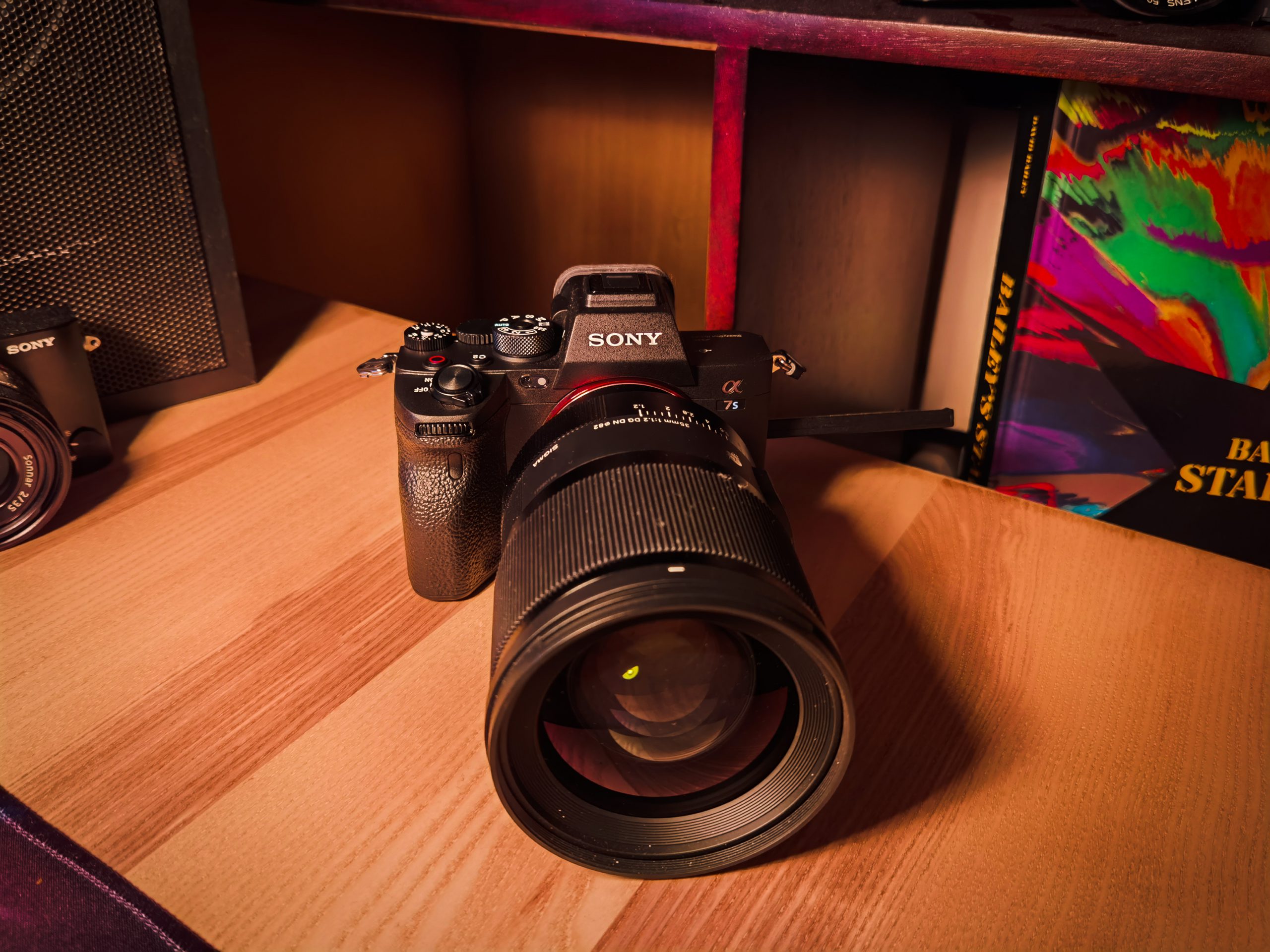 It’s been a long wait for the Sony A7S III. Maturity takes time. 5 years for Sonys cameras to develop into tools that feel like cameras. I never had the inspired feeling picking up a clinical Sony before. However the A7S III is a huge improvement… at a price.

If the Canon EOS R5 is dead for pro video, this is the camera that kills it.

Debuting here for the first time are Sony’s completely reworked colour profiles and ergonomics. The EVF and screen come into the modern era. The sensor technology is absolutely at the leading edge with 4K 120p from a full pixel readout, rather than the line-skipped pixel binned 4K 120fps mode on the EOS R5.

Even though everything is new, Sony has been conservative… if that makes sense? 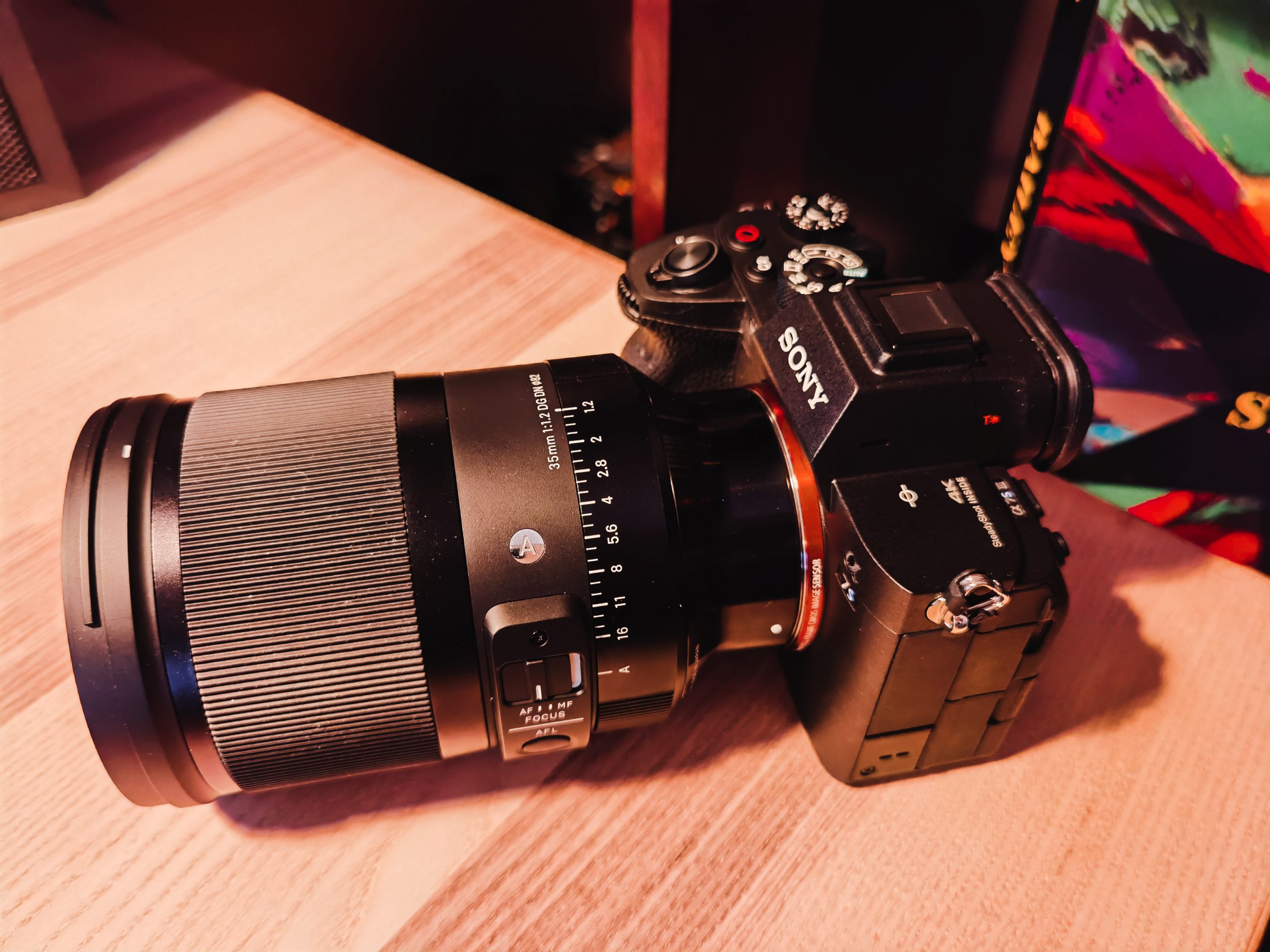 They have not rocked the boat with an all-new form factor, or even a top LCD panel. Arguably you could say the mode dial could have been shifted to the empty flank on the top left, and in place of that an info panel would have been nice to see. A fully articulated LCD and a joystick is about as adventurous as they got. It’s the small things though, that seem to add up in their hundreds on the new camera that really help you feel you’re working with a camera, a professional creative tool, not a consumer gadget.

How refined is it? Very. Yet still there are janky areas. Pixilated text in the otherwise pristine high res EVF. Unbelievably dodgy low-res poster frames for video clips in playback mode remain. Quite odd really. 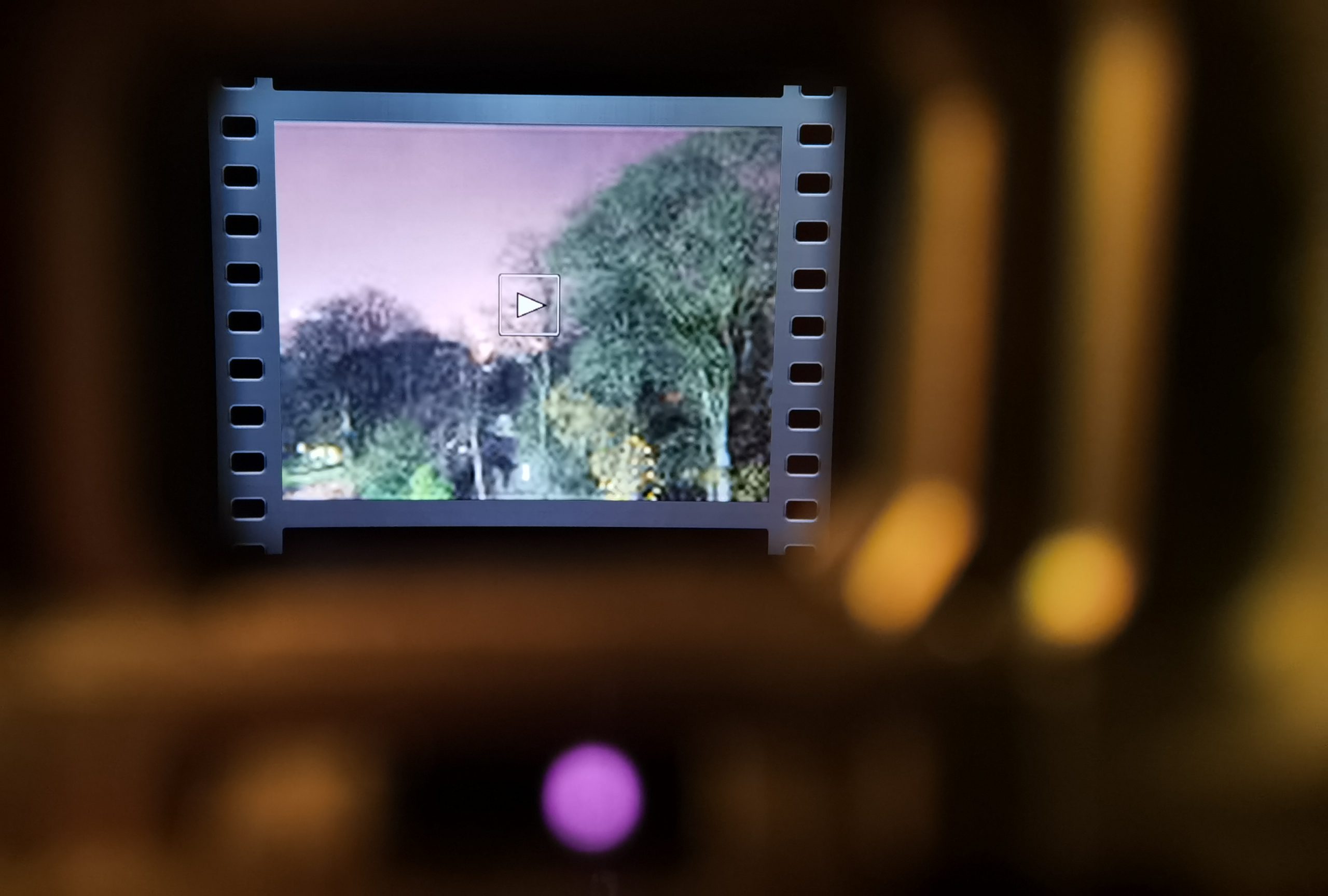 However menu operation is now much more responsive. Scrolling and navigating much snappier. Better organisation. More tactile physical controls. Even higher build quality than before. Speeding bullet fast AF lock-on so fast it makes the AF-ON button feel more like a trigger with recoil from the lens motors, rather than a mere button.

Although the EVF is nice and sharp, and pretty big, it has been overhyped. It is not unique. The Panasonic S1H and S1 EVF is an equal to it. The GFX 100 EVF is even better. Anything less on a $3.5K camera would be disappointing in 2020. 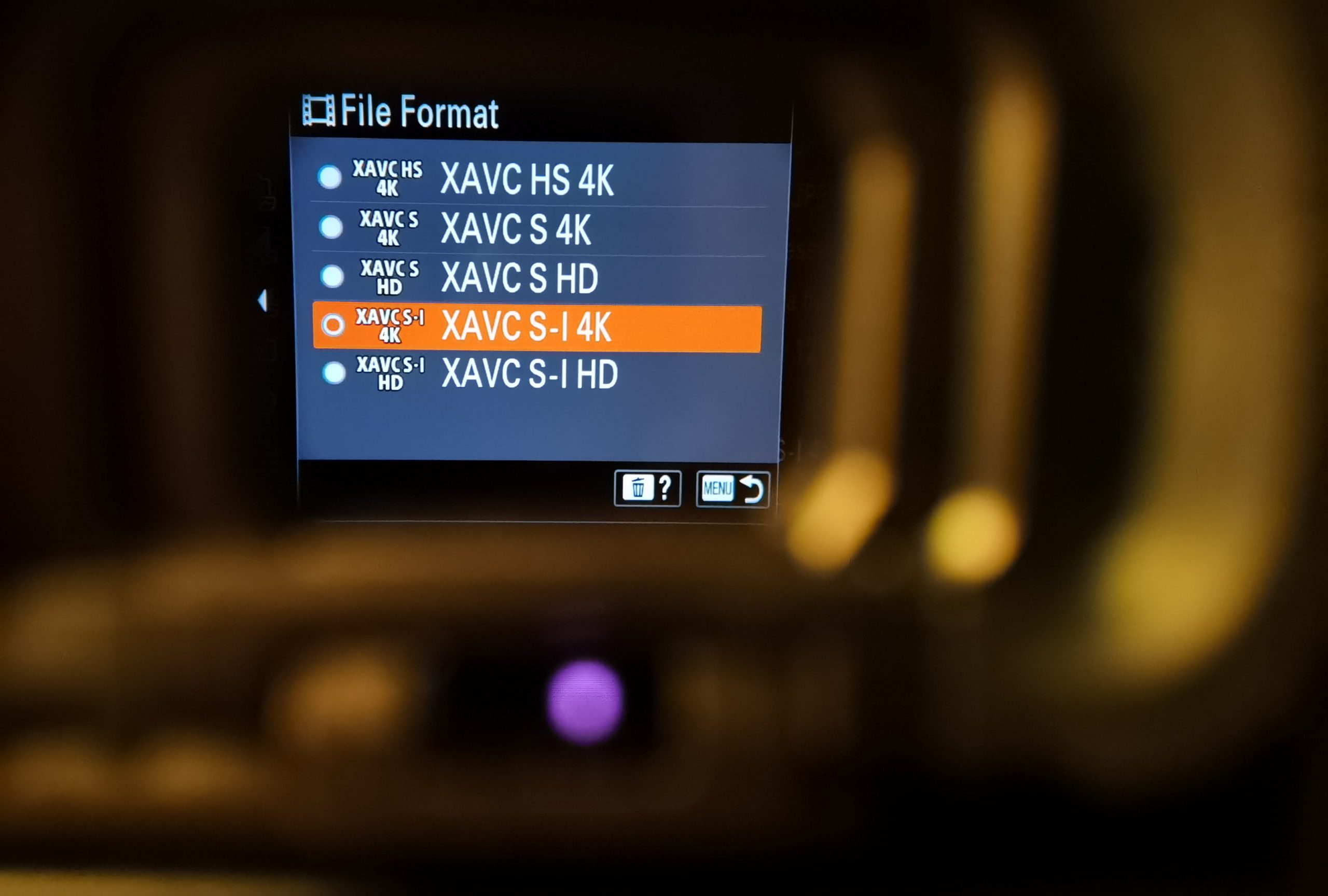 No doubt other cameras offer better value for money. A lot spring to mind. The Panasonic S5 and Sigma Fp for instance. However for the all-round accomplishment of the Sony A7S III and that all important autofocus, it’s a massive step forward from the previous model. It has no areas of real weakness whatsoever, and that is very rare.

I feel at first impressions colour is much improved. Skintones much nicer this time, and a better white balance system. There are much more extensive and interesting controls in the all-new Creative Styles. The Picture Profiles remain the same though. There’s no Venice colour science S-Cinetone. Shooting S-LOG 3 still reveals a lot of noise in the shadows. It’ll be interesting to see whether you can happily shoot S-LOG3 now in 10bit, because I never liked it in 8bit. Far too much banding.

I like that we have an ALL-I codec. It makes the 10bit 4:2:2 recordings much easier to edit in Premiere or other NLEs which don’t offer the best performance outside FCPX. Bitrate here varies depending on frame rate, 250Mbit for 25p and 24p. This compares to 400Mbit on most other 4K 10bit ALL-I cameras. So it is on the low-side, and it remains to be seen whether this hurts the image or just saves you valuable space. I’m all for lower bitrates if they don’t impact too much on the image. In 4K/60P ALL-I bitrate is doubled to 500Mbit, to cover double the frames that have to be individually compressed. Image quality in both modes should therefore be near identical. In the Long GOP modes we can go further… up to 4K/120p as a continuous recording mode, not just a slow-mo side-show. You can still shoot 8bit 4:2:0 in 4K/120p. There’s 4K/100p for PAL users as well to prevent banding with 50hz lighting. At 24p/25p in 4K the bitrate is 140Mbit in 10bit and 100Mbit in 8bit. The codec used for 10bit and 8bit is H.264. That’s where the XAVC HS option comes in handy – as the H suggests this is HEVC H.265 mode. However, you can only select higher frame rates, 4K60 or 4K120 (and the PAL equivalents) in H.265. The cinema frame rate of 24p is H.264 only. Odd! 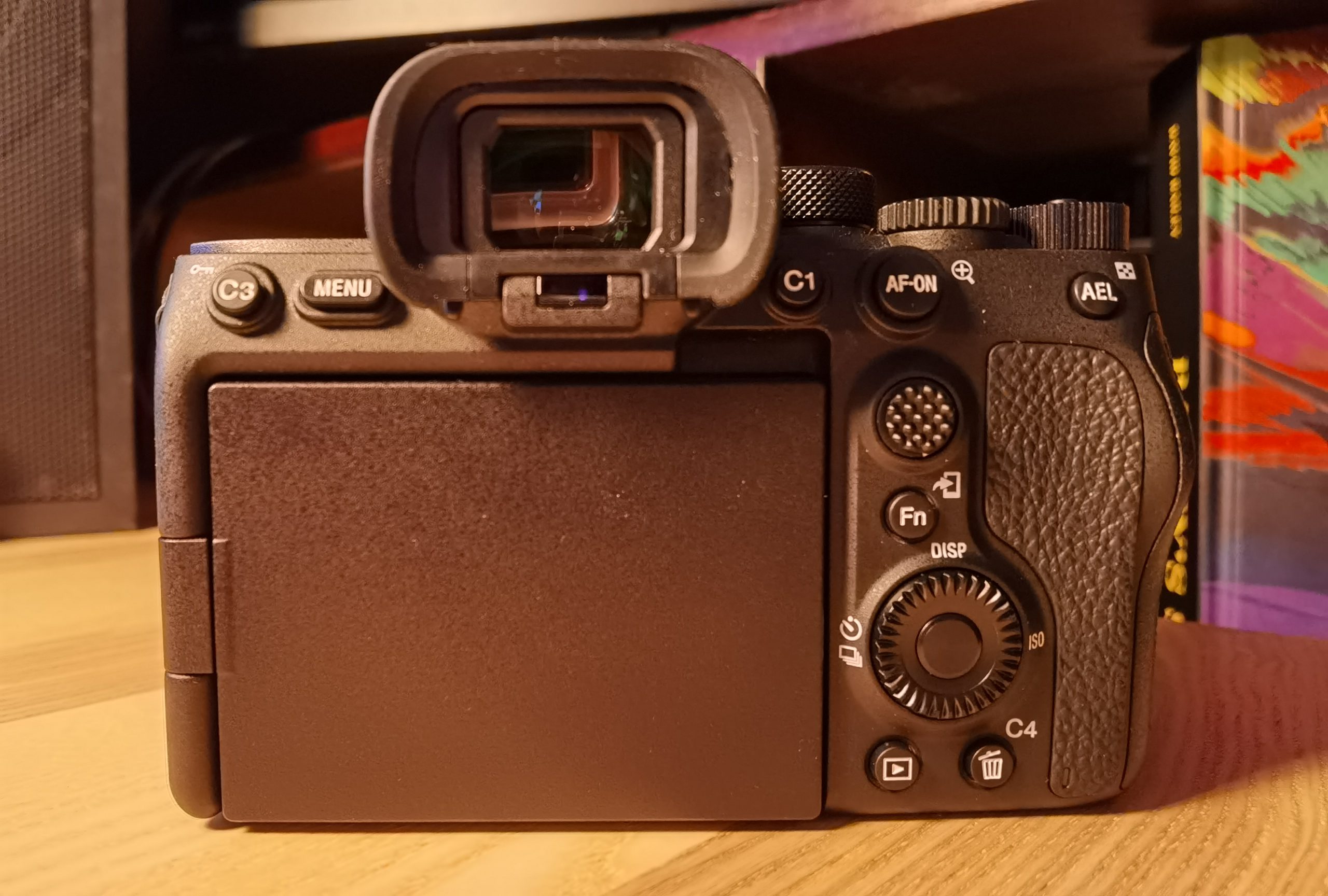 Sony could do with cutting down on some of the pestering in the video codec menu. In stills mode, if you dive into the codec menu it flashes up a message every time you do so…Saying something about ‘this is a basic video setting’. No shit!

In the creative movie mode, it doesn’t do this but it will still remind you that it needs a ‘corresponding environment for playback of XAVC HS 4:2:2 10bit’. Seriously, just shut up. It’s a professional camera, we don’t need a tutorial. Stupidly, there seems to be no way to turn off the prompts.

We have an 1.5x Super 35 crop mode but it’s not as crisp as on cameras with 24MP and above resolution sensors. 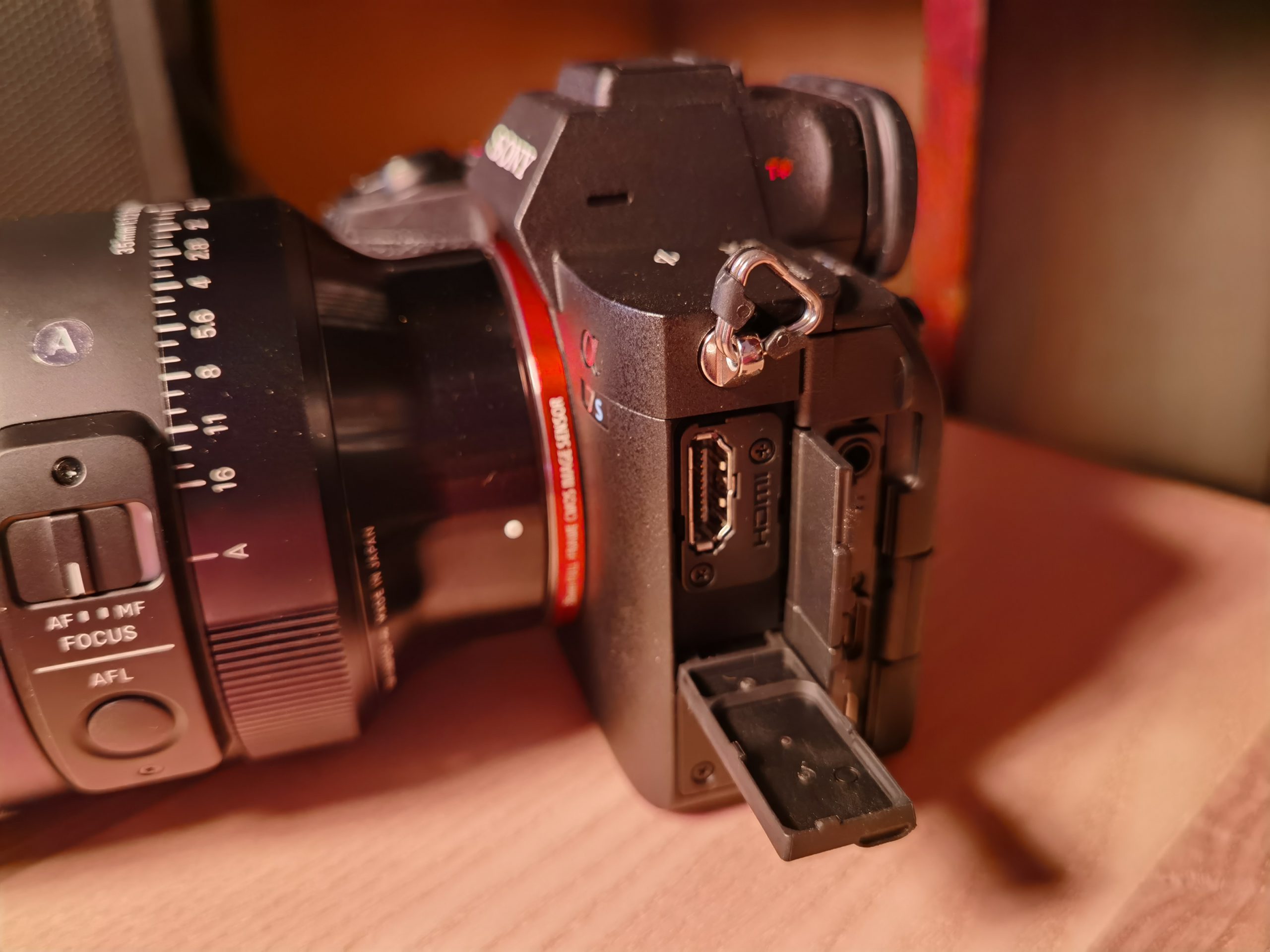 Four new controls are added to the Creative Styles – Fade, clarity, shadows, highlights. Fade adjusts the black level for a creamy, dreamy look. You can do the same in post of course, but it’s nice to have the option to play around with the in-camera results. There is no Flat or Eterna-like profile, but it is interesting to play around with the contrast, shadows, highlights and clarity setting on the NT profile. There’s Hybrid LOG Gamma in the Picture Profiles menus but I no longer recommend it for grading, since now most NLEs and playback devices have wrestled control of it. They automatically convert it and display it as punchy, high contrast HDR footage.

So yes, there’s a lot to like about the A7S III. It’s the best Sony Alpha camera for video. It’s the most improved single model yet. However, it’s expensive, and arrived after an agonising 5 year… nearly 6 year wait. There’s a lot of competition, but they all have flaws. The Canon EOS R5 of course has the overheating problems and cannot be relied upon for serious video work. They want you to buy the C70 instead but that’s even more expensive, is not full frame and lacks even the basics we’re used to on mirrorless cameras for shooting handheld footage – like IBIS or an EVF. Why bother with it? Then there’s the Fuji cameras – again no full frame competition to Sony, just very good value for money at one end and a mega expensive GFX 100 at the other. Panasonic, a lot to like there but autofocus remains uncompetitive in video mode versus the Sony A7S III. That leaves Nikon, who are limping along in some weird 8bit parallel universe, with a semi-consumer camera style body that took 2 years to be reheated with dual card slots.

When faced with competition like this, the Sony A7S III has zero weaknesses.

I’ll be shooting with the A7S III soon, so lots more to come and a full review… 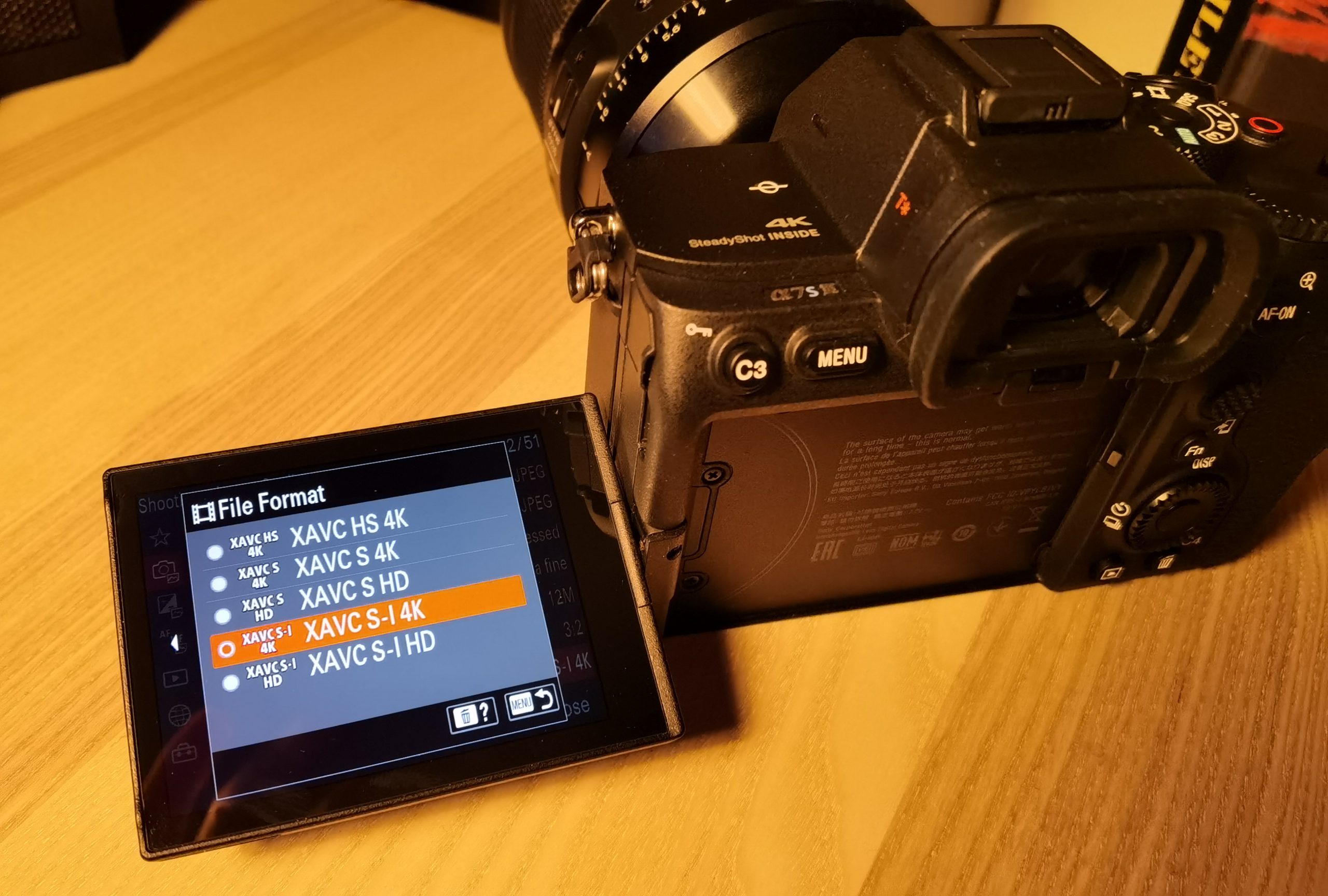