iPhones are not cameras really, they’re more a bunch of computers sent to take over the world. Anyone who has tried to hold a conversation recently will know the feeling. Two rectangle lights invade and before you know it the conversation is dead.

So without further-a-do lets see how robot vision is shaping up in 2011.

The previous generation was dispatched by the robot maker with 720p and one brain. The iPhone 4S has two hemispheres but still only one eye unless you count the one on the back of its head that stares at you whilst you’re on the phone. Its also got an upgrade to 1080p, a Sony sensor and 5 element F2.4 lens.

It is a quantum leap in robot vision from last year’s model.

But, to borrow a phrase from an app, is it Almost a DSLR yet? Well, DSLRs are about a large sensor, low noise, interchangeable lenses, none of which the iPhone has of course.

It’s a compact replacement. And hopefully it dissuades people from laying down good money on a dorky point & shoot camcorder. They’re rubbish.

Now the 4 and 4S are VERY different in terms of feel. The original 4 has a very punchy contrast and saturation. The 4S is warmer looking with better dynamic range and more natural colour but is far less contrasty and it has a less eccentric ‘LOMO / HOLGA’ style lens than the 4. This new 5 element lens is a bit more ‘proper’ – i.e. clinical. The funky rose petal lens flare is gone, which is a shame in my opinion.

All iPhones are capable of great results in the right hands when the right moment comes along, which it invariably does for iPhone owners since the device is on you nearly all the time. That is its best feature as a camera. You have it on you during the day almost as much as you have your eyes open. The human / robot integration is going according to SkyNet’s best laid plans. 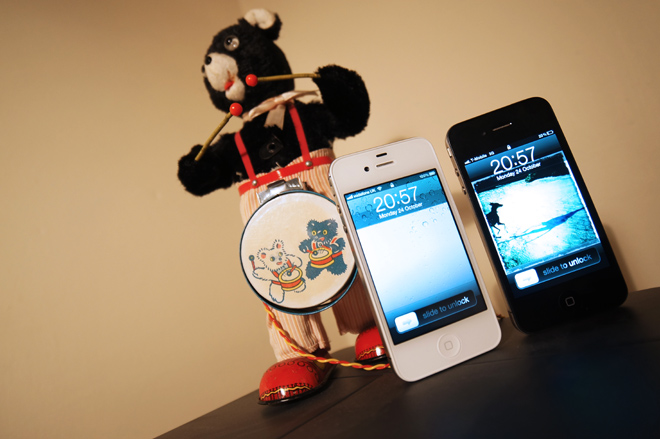 Some of my favourite photos in my collection were taken on an iPhone. Aside from the excellent in-camera grading from apps like Camera+ and Hipstamatic however they’d all have looked better taken with a DSLR (of course). But by how much depends on the shot, for some the difference is marginal. In the test video there’s a shot of some canvases in a hallway – these were shots I took on the old iPhone 4 and had printed. They look fine. It really does depend – for some things the iPhone works brilliantly. Mainly bright day light wide shots of finely detailed scenes. Low light, low contrast scenes – not so much.

Though the 4S is a pretty big leap in terms of low light performance over the 4, even at base ISO (160) there’s still plenty of noise around. Is it a massive problem? Not really.

Depth of field is about the same as before since the sensors are similar sizes (a bit smaller than your average compact). Since there’s no telephoto zoom you can only get shallow with macro focus on the iPhone. On compacts you can get it at the telephoto end of the lens.

Macro focus is a bit closer on the 4S now. Shot to shot time is MUCH faster and the processor really speeds up camera apps and the writing of images to memory. Another big improvement is with the stabiliser in video mode. It was pretty ineffectual on the 4. The new 4S has it almost at compact standard at least for video.

Resolution wise, the photos are up from 5MP to 8MP but are a bit softer pixel for pixel. The gain is there but it’s not massive especially with very fine textures – it seems more compressed. The new lens probably makes more difference to be honest. 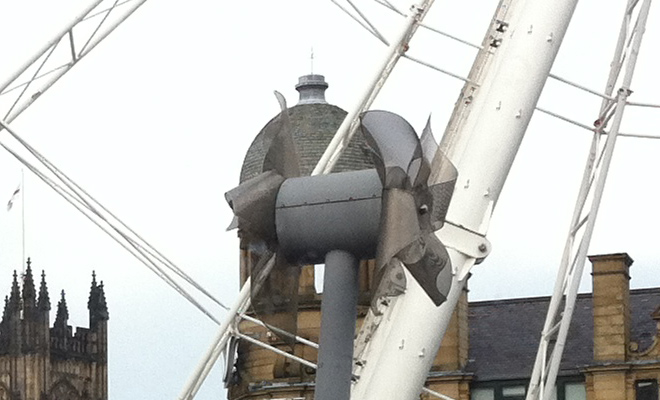 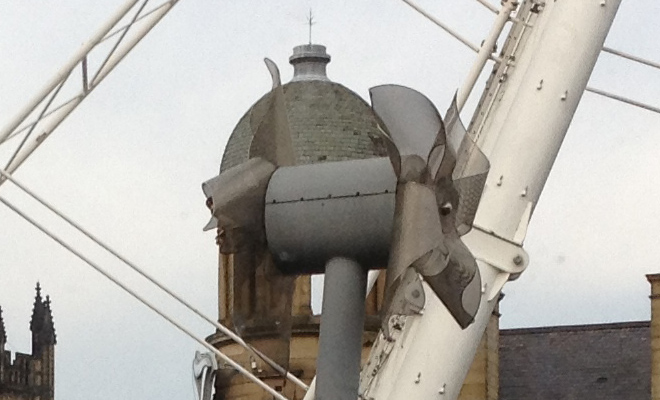 There are still some niggles of course in video mode on iPhones. Frame rate wise someone needs to tell Apple that some small countries like EUROPE in its entirety use 50hz power supplies so no more 30p please. I get flickering lights all over the place and since you can’t set the shutter manually to 1/50 this cannot be fixed.Incredibly maddening. Europe is at least 30% of Apple’s market for the iPhone, why do they ignore our video standards and make us comply with the American one?

Also framing in video mode is very inaccurate. You gain quite a bit of width in the finished clips. Grr.

Currently the iPhone 4S is the cutting edge of smart-phone cameras. Yet it is far less than you get from even a low end compact and it will cost you and arm and a leg by comparison. Being a smart-phone camera user involves plenty of rampart profiteering and consumerism but in the end the art justifies the expense. Curiously £500 is the price I am willing to pay to improve my omnipresent robot eye. I know that I will treasure certain shots from it and I want them to be as good as possible.

And so The Machines have us marching to their beat already…