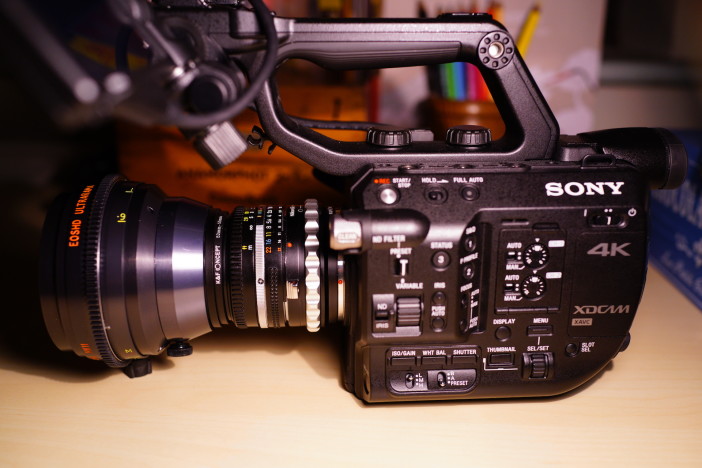 You can check out his response to the FS5 problems widely reported by users, on his blog here. Now read my post about why he’s wrong!

Alister I am sure is a lovely guy and very knowledgable.

There is no need for him to defend the flaws of the FS5 though. He should be with us in calling for improvements.

If you haven’t read his post, then I’ll sum it up in a nutshell – he suggests user error is to blame.

Yes, that edges ripping to pieces at ISOs only moderately above base are our fault!

That 10bit HD on the FS5 being unusable for green screen, or even blue skies is our fault as well.

If Alister truly believes this kind of performance is acceptable on a $5600 camera in 2015, I’m sorry to say he’s wrong.

In his blog post, Alister thinks the FS5 has a noise reduction algorithm turned on by default, which you cannot turn off – and that this is responsible for the edge ripping issue. This I found interesting, because the Sony A7R II also has clever noise reduction in Super 35mm mode and as we know on the A7R II, Sony’s voodoo noise reduction performs superbly even up to ISO 12,800, well above the base ISO of Cine 4 on that camera or SLOG 2. To my knowledge nobody reported the edge ripping problem on that camera. I didn’t see it in all my shoots with mine. Sony’s $1000 consumer XAVC cameras don’t have the bug either, such as the RX100 IV or A6000.

In defending the noise reduction on the FS5, Alister says that anyone shooting as high as ISO 3200 jn the Cine profiles (or +10dB gain) is using the camera wrong and that you should expect the usual artefacts. Problem is I don’t think the after-images and edge macro blocking to the point of disintegration is in any way a ‘usual artefacts’ of pushing ISO up. Also the problem appears very suddenly between gain levels, it doesn’t gradually appear as you increase sensitivity.

No other camera on the market does this, at least not that I have seen and I have used a lot of them.

Then he goes onto say that on the FS5 the noise reduction is responsible for worsening the banding we see in 8bit.

Simple suggestion – how about that OFF switch for the noise reduction!

Or how about making it work as flawlessly it does in Sony’s consumer stills camera, which is nearly half the price of the FS5? That would make me feel a lot better about spending $5600 on the FS5!

By the way, I am pretty sure you can turn off noise reduction on the F5 which has the same sensor as the FS5 and FS7, so why not on the new camera? 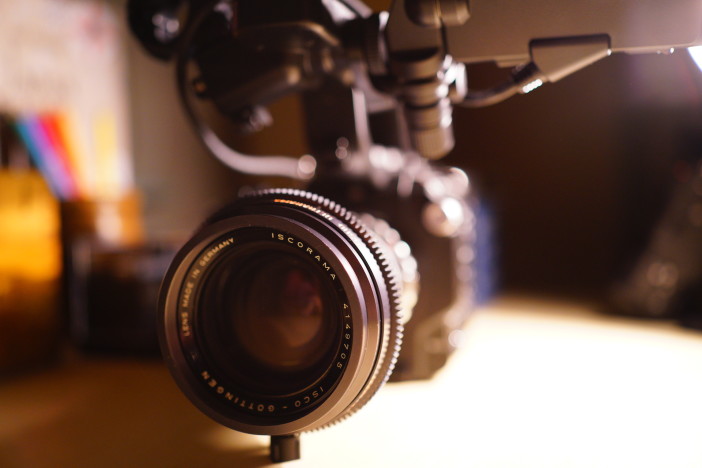 Alister’s blog repeats his line that SLOG has just one purpose and that is to maximise dynamic range.

Sorry but I don’t agree!

The main purpose of LOG for many filmmakers is to give a compressed codec more grading capability. LOG helps colour correction and allows the use of the colourist’s own custom contrast curves. This is as necessary in night time scenes and at high ISOs as it is during a well lit daytime scene.

LOG also provides compatibility with a range of pre-defined user LUT files which are now commonly shared online between filmmakers.

Mr Chapman seems to think low light scenes are unanimously all low contrast, low dynamic range (they’re all really not), therefore he says SLOG is a waste of time in low light and at high ISOs. Considering the minimum ISO is 3200 on the FS5 in SLOG, it’s impossible NOT to shoot at a high ISO in SLOG isn’t it!?

In actual fact I’ve had superb clean low light results at ISO 12,800 in S-LOG 2, even on the A7R II. The A7S II is even cleaner. What’s more I kept far more dynamic range in a city sequence between shadows and brightly lit buildings and windows. I also benefitted from being able to apply a consistent colour grade all the way through the entire video from the daylight scenes to the night scenes, thanks to being able to apply the same LUT to SLOG and simply setting the appropriate white balance beforehand in-camera. Shooting SLOG in low light makes absolute sense to me, especially since according to Alister we can’t use the FS5’s Cine profiles at high ISOs because that would be “User error” and we’d get torn edges! 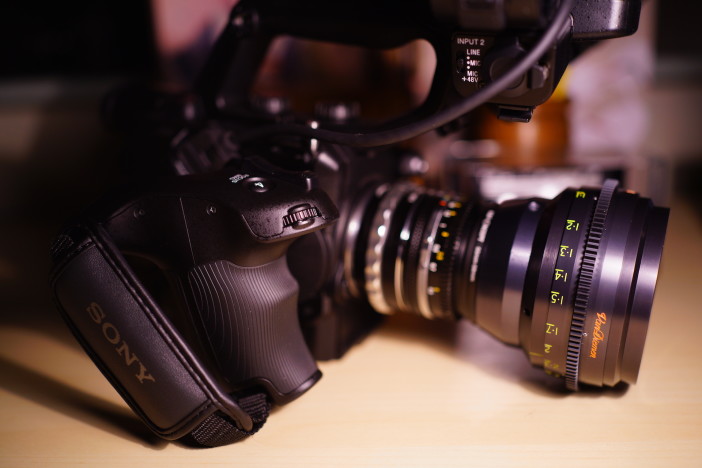 Alister claims the FS5 exhibits “more artefacts in 8bit UHD than in 10bit FHD” because it is more compressed at a ratio of 35:1 compared to 25:1 for HD. Actually resolution is not the only data to be compressed. 10bit colour is extra data too isn’t it! So is 4:2:2 colour sampling, it all needs to be compressed! Compressing it with a data rate of just 50Mbit/s on the FS5 destroys the very purpose 10bit is intended for – smooth gradation – and leads to a much worse compression ratio than 25:1.

In fact 4K 8bit gives the best quality HD image on the FS5 and I request to be proved otherwise by images, not words!

Put simply, the 4K 8bit side by side in the grade on a 1080p timeline (downscaled 50% to fit) with the 10bit 1080p on the same timeline looks the same or better. You can push and pull the grade around all over the place and I still see no advantage to the 10bit on the FS5.

Macro blocking and noise aside, 8bit 4K down-converts to 4:4:4 with 10bit luma anyway, it’s proven by the maths. The FS5’s internal 10bit 1080p suffers from a much higher level of visible compression artefacts and macro blocking than the 4K does once down sampled this way in post to 1080p.

I know it’s dangerous to disagree with someone over the internet! Let’s hope Alister takes this in the positive spirit intended and joins the other FS5 users in requesting Sony work on extensive firmware improvements, to what is actually a really promising and capable camera.