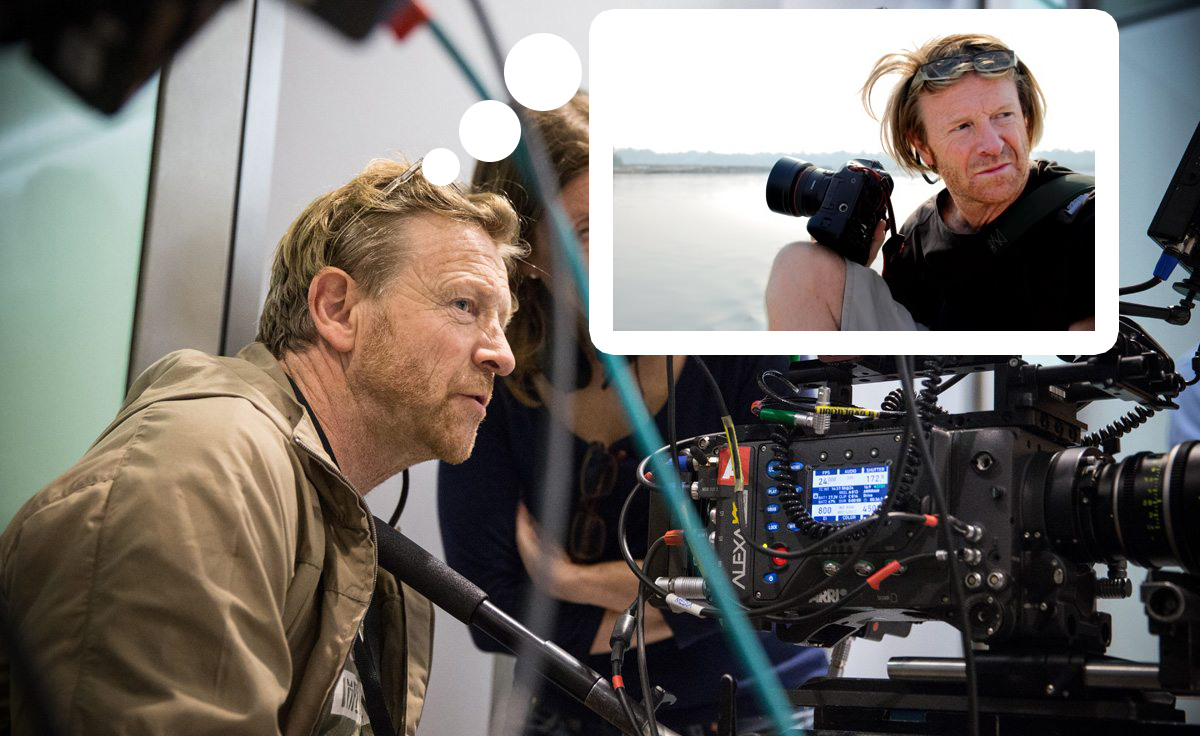 I’ve worked with both and can confirm… Small cameras are more creative.

Anthony Dod Mantle (above), used DSLRs as recently as 2016 for Oliver Stone’s Putin interviews (well worth a watch by the way), in addition to Cinema EOS pro cameras. Why?

John Brawley, as we know from his work with Blackmagic and in the filmmaking industry has an Alexa for his day job, so why on earth would he shoot in any way creatively with an Olympus E-M1 II? But he does.

There are countless examples of people at the top of the filmmaking industry picking up DSLRs and mirrorless cameras once they down their REDs and Arris.

Yet all I hear from the pro video community online are moans about how ‘fiddly’ DSLRs are for video… These are the same people who complain about the lack of an ND filter on their mirrorless camera and how it slows them down, then they add a cage, external recorder, audio recorder and countless other knick-nacks to their C300, to the point where you need an engineer to turn it on.

Clearly for many there’s an aspirational value attached to the higher-end pro cameras. But why?

Aspirations should be creative.

Well in my experience, nope.

Because with an Olympus E-M1 II for example, you pick it up, hold it and press the record button.

And if you need an ND filter, you use the ND throttle lens adapter and turn the ring, and when you need to change the lens, you… erm, just change the lens. Pretty much like a C300, no!?

Now many pros I’ve seen, will pick up their C300 and start adjusting the shoulder-rig for comfort, as actors look on, bored.

They will then tweak the external recorder, audio levels, follow focus and by this time Daisy the cow will have walked out straight out of shot for the cheese commercial.

Strapped to the back of their camera will be an important looking battery with flashing lights, and the whole rig will be so heavy that chasing after Daisy becomes a marathon.

Then after 5 minutes your arms hurt too much and you want to lie down.

What a Canon C200 WILL do is make you appear more professional because of the big nobs and bells & whistles it has. Creatively, I have yet to see a clear distinction between work shot on mirrorless cameras and on stuff like the C200 or C300 Mark II.

Especially not when it comes to television…

On TV at the moment, and sometimes on the news, it is shaky-cam city with added focus blur. Have any of these run & gun C300 shooters ever heard of 5-axis in-body stabilisation?

Of course there are convenient features that make your life easier on a paid shoot… How about making it easier on the viewer’s eyes?!

The funny thing is a lot of these convenience features are on your $500 mirrorless camera, not your new $25,000 RED Epic.

Canon shooters are lucky they have the consumer technology Dual Pixel AF filtering up to their Cinema EOS cameras, because without it they tend to shoot interviews at F1.2 where a slight lean-in causes the subject to disappear completely.

I sold my Sony FS5. A fiddly pain in the ass for my music video work in Berlin, it needed special treatment in every respect… special colour settings, special grading, special rig for handheld, special lens for stabilisation, limiting the choice of lens for handheld shooting, especially when the Metabones EF adapter refused to communicate with said lens.

With a GH5 you can put any lens on there, even something from 1956, and it is instantly stable for handheld work, with a tiny form factor that gets out of the way.

But the image is just as good as an FS5. If not better… In fact my FS5’s image was initially worse than an A7S II but double the price. With the first firmware, it couldn’t do straight lines at ISO 6400.

Aside from high frame rates it didn’t offer anything creatively over a mirrorless camera. I now have 120fps full frame on my Leica SL and Sony A99 II along with 240fps 1080p on the pocket RX100 IV. Selling my first proper pro camera was not a decision I’ll ever regret.

Why bother getting a more expensive camera if it doesn’t power you along creatively as much as the cheaper stuff!?

By the way, on the audio side, so important, small mirrorless cameras in the past had limitations and some still do – but with XLR boxes with phantom power that fit in a hot-shoe, you can’t really complain about audio too much in 2017. It is not the biggest limiting factor on the Panasonic GH5 or A7S II.

Yes, I know that pros have their professional reasons for going Cinema EOS or Sony FS… And RED or Arri if they are really serious… Workflows, broadcast standards, industry expectations, existing equipment, codecs, ergonomics, power, performance, looking “pro”… But let’s not pretend it’s about increasing creativity.

A lot of filmmakers like a camera that gets out of the way to such an extent they can shoot short films in public and direct the actors at the same time as being the main cinematographer in a close knit team of a few people. Kendy Ty’s work is like this and there’s not a C200 in sight… zero need for one!

I think pros have by-and-large completely forgotten and lost the spirit of the DSLR movement back from 2010-2012 in the race for efficiency and credibility in the eyes of their clients (as seen on Cinema5D for example). XLRs, built in NDs, yadda yadda. Blackmagic as well, when they ditched the small cameras and went all-out URSA on us.

Canon forgot that early spirit too, when they realised what size the profit margins were on a pro camera.

Cameras aren’t ALWAYS about making money. That’s how an art-form gets boring. That’s how it dies.

They are not always simply for doing a job.

They’re also about having fun and making art.