I shot this last week around the Converge festival whilst in London. It was done in 3 hour sessions on two evenings with the Panasonic GH2. The story is written by one of the students, Maria (below).

She introduced me to her fellow students at RADA (Royal Academy of Dramatic Arts). I decided to go for a raw and realistic handheld feel, and I had a big surprise on the audio side. I actually preferred the rawness of the GH2’s onboard stereo mic to the Sennheiser shotgun mic and Zoom handy recorder we used. There is a whole separate sound track recorded with that which we didn’t use. Partly because mixing it with the stuff from the stereo GH2 mic would be out of place, since the Sennheiser MKE300 is a mono directional mic. 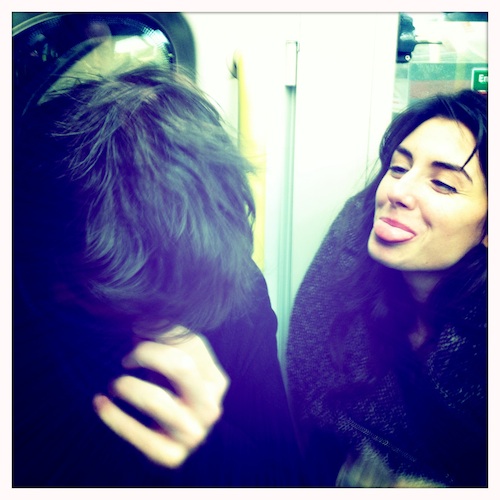 The GH2’s mic is a big step up from the GH1. I didn’t use the GH2’s manual audio control or audio meters, everything was on auto and ignored on-camera because we intended to use the separate sound track. But the GH2 mic captured a lot more ambience than the Sennheiser shotgun, and since we had absolutely no dialogue it was the ambience and background clutter we wanted anyway. Whilst editing, I even muted my laptop whilst cutting the shots together, expecting to sync the external audio afterwards – but then we played back the film with the original GH2 audio it just hit us as right and the clips we examined from the Sennheiser directional mic were much more sterile, less raw.

I resisted the temptation to fiddle with the edit too much as well. We did some pacing adjustments toward the end of the middle, and then that was it. Done.

I used the Letus Talon K1 and SmallHD DP6 as my handheld rig and a LOMO 35mm OCT18 F2 and Zeiss 50mm F1.4 for Rollei mount. The relatively long focal lengths (on the crop sensor GH2) forced me to think harder about the camera, the framing and where to point it at what time. Most of the takes used were the first takes because again they had that unrehearsed rawness we were after. No follow focus either, I want one but I’ve not yet found a design that I’m happy with – too much fuss – apart from the HalfInchRails S2 solution with the skateboard wheel and possibly the OKI USB follow focus for Canons. But the first isn’t available yet and the second doesn’t yet work with the GH2.

For the scenes on the London Underground I did use the Letus rig but took off the monitor for a bit more stealth. The Tube is the most heavily monitored and security conscious public transport system in the world since the advent of terrorism. It has an amazing atmosphere and a unique sound, really nothing like the newer underground train systems in Europe and Asia though Paris has a rugged rawness to theirs as well. I had a song by The Jam on my iPhone all week about Paul Weller being mugged on the underground whilst his wife prepares the tea at home. That no longer seems to happen very much, instead you are more likely to be shot by anti-terrorism police. I wanted a vulnerable shot of Patsy, her ankle tilted – I call it the ‘bambi’ shot, and it occurs twice in the movie. 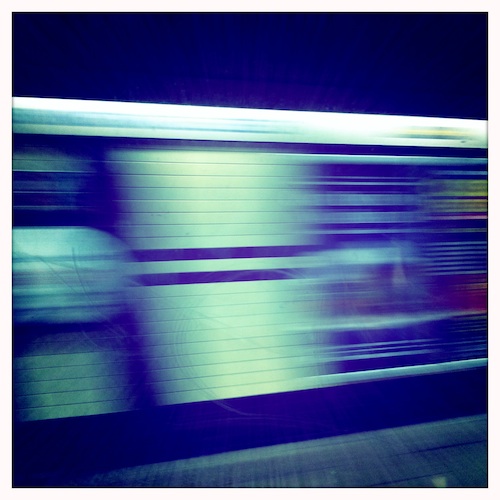 Maria is Italian and although she speaks English fluently it’s easier for someone to articulate complex artistic ideas in their first language. So speaking as I do arrogantly in only one language like most English people, getting inside her head was more difficult than normal but it was worth it to grasp the subtleties of the ideas she had, which were really quite amazing.

If I had another day to go back to the story, and the shoot, I’d extend the parts with Patsy in the future and the young Patsy in the past and just add a bit more to link the two characters and a path through one of the more futuristic looking parts of the tube for the older Patsy to contrast to the rougher more present day path that young Patsy takes. In the story there is a 30 year gap! I’d also do more to introduce the traveller, and rather than the location we used go somewhere darker and rawer, with more glances and close-ups of the two characters to bring out the tension and danger. As it is the Slovenian tourist character is really bare bones stuff – we didn’t give him enough to do in those early scenes. I felt due to the incredibly short time we had, that Patsy (the older actress) and the guy who played the Slovenian tourist were a little under directed and most of my instructions were focussed on the younger Patsy but I am amazed with the subtleties Peter put into his performance.

I wanted this to leave as much unanswered directly as possible, and leave it to the body language of the actors entirely to tell the story. I like films that keep me wondering and thinking about what just unfolded long after the end. That this is just 7 minutes long makes it even more of a challenge but I’m happy with the way it turned out especially the first time I watched it back. 10th time, not so much!

The trick is to distance yourself from it, not faff or change your instinctual and spontaneous early edits and to have everything in your head from the start. The worst thing to do is to bring the script to the shoot and start reading it, you have got to abstract it and have it in incredible detail all in memory and have every meaning and feeling right there ready to apply, both in cinematography terms and in directing the actors.

Behind the scenes photos 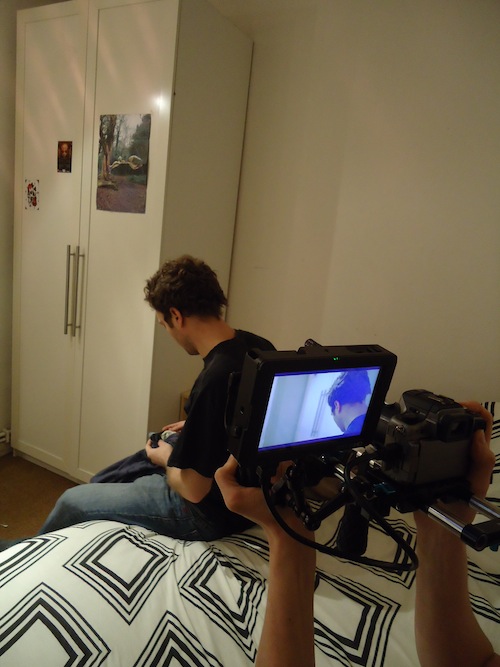 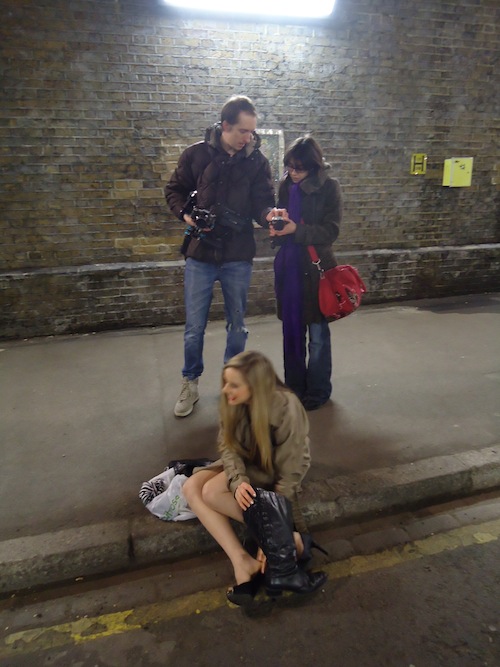 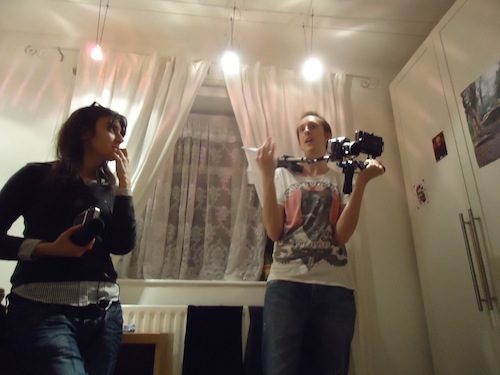 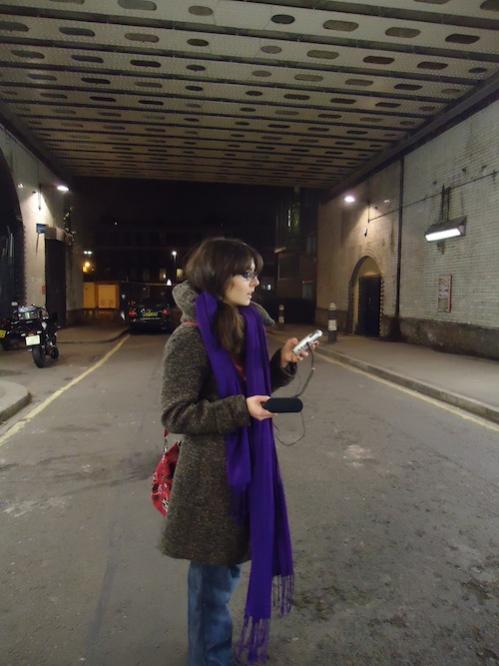 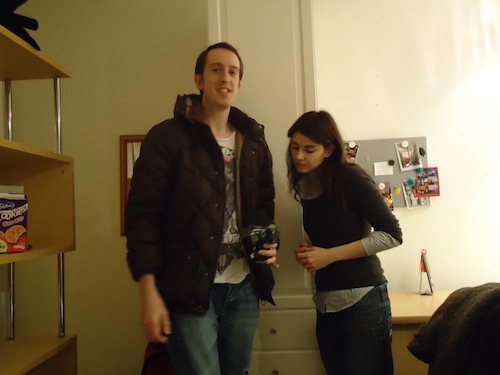 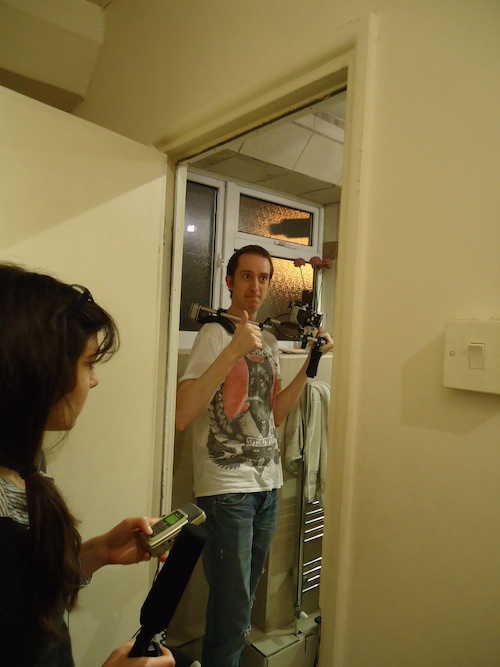 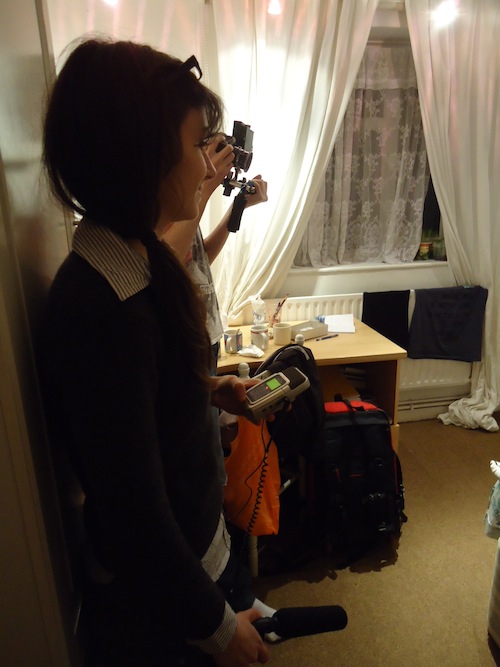 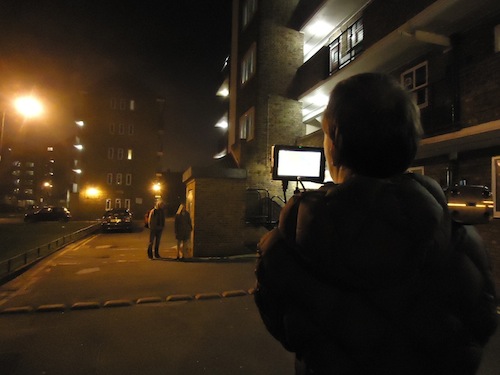 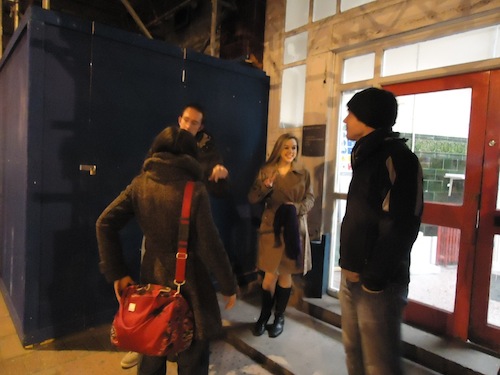