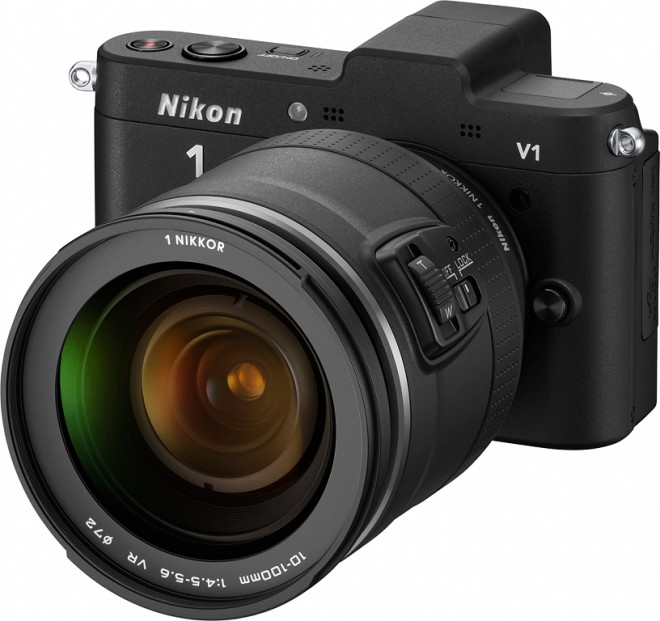 Some video samples here at ImagingResource
Live at the launch with DPReview.com – hands-on and future lenses

Nikon have just launched their mirrorless camera. Video samples seem pretty crisp and detailed although bitrate is to be confirmed.

I’ll update the site later after the dust has settled. Until then, here is what we know:

I believe Nikon had to dump their ‘smallest mirrorless’ slogan after Pentax launched their Q system. A race to the bottom in terms of size is it? Let’s have a race to the top for image quality and features next please Nikon.

If video and high ISO is nice on this camera it could be pretty good. I am unimpressed with the lack of fast primes for it but c-mounts and all other lenses may adapt very well to it. 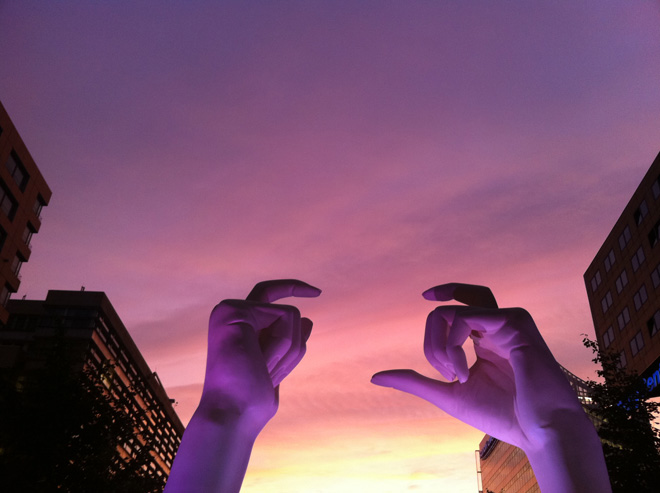 Above: spotted this pair of giant hands in Berlin the other day, it was unmarked and I hadn’t a clue what I was witnessing. It turns out it is a key part of the marketing for Nikon’s new mirrorless camera. And they put it outside the Sony Centre!