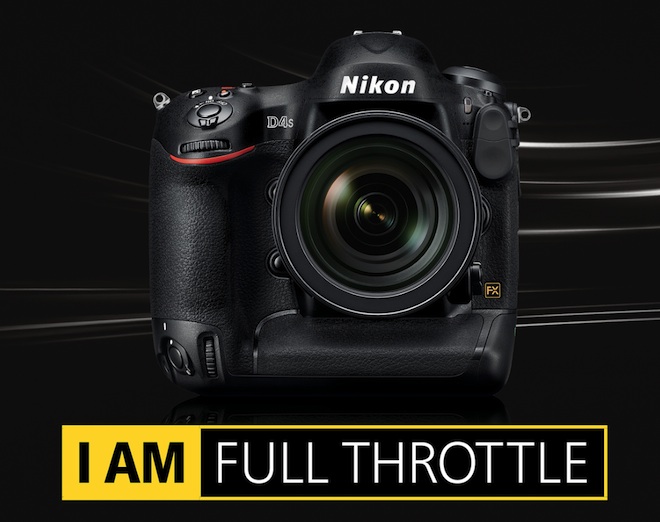 I decided to get my hands on a Nikon D4S at a local store in Berlin, to see if the much hyped ‘new image processor’ gives a real improvement in video quality. Nikon have made a lot of marketing noises about this ‘HD-SLR’ and video. It’s a camera which according to their management “started out as a small update but became much bigger”. Hmm.

This isn’t a comprehensive review of the D4S, rather it seeks to answer one simple question that Nikon themselves so far have been dodging. Has video got better on it?

Another way of putting this question is does the Nikon D4S match or exceed the video quality of their own $750 consumer camera the D5300? You’d expect a nice leap in quality for the price of $6000 / 6150 euros. The consumer D5300 has full HD which is relatively free of moire and aliasing, if a little soft and not earth shatteringly different from what we already had for a good few years with the GH2 for under $1000. In the case of the D4S and there is no more expensive Nikon DSLR than this. It’s the ultimate in Nikon technology…

Unfortunately the previous D4 was one of the worst DSLRs for video, in full frame it had a lower resolving power than the Nikon J1 video mode at $350, with some nasty moire and aliasing. Because the Nikon D4 was $6000 not $300 this really angered me. Yes it is a professional stills camera first and foremost but it shows Nikon aren’t taking video seriously, as if they think it isn’t artistic or professional. It is like the DSLR video / Hollywood thing never happened for Nikon. Did their top brass even get the memo about their own DSLRs (D800 for example) being used on film and TV sets? Nikon, talk to George Lucas and Rick McCallum. Also have a chat to Francis Ford Coppola. But before that go for a chat with your own damn customers. Basic client requests in 2014 like video and stills on the same job are not met by the D4S adequately. Pros should steer well clear of the Nikon D4S if video is part of their services and get a proper hybrid camera.

The supposably ‘full HD’ mode is nothing of the sort, it’s misleadingly labeled and marketed as high definition / 1080p. Detail is still mushy. Moire and aliasing still abundant. Plastic skin tones, poor colour, jagged edges to bright reds, greens and blues. There’s all sorts of weird stuff going on in the image for your $6000. For this you can wait a month and buy three GH4 bodies!

It has a single good feature – the same crop mode as on the D4, which is crisp and usable but very much noisier and if I wanted to shoot video with a 2.7x crop I wouldn’t invest $6000 in full frame camera for that! This mode was on the old camera anyway, so what exactly does the D4S do new aside from worse 1080/60p than their D5300 consumer DSLR at vast expense?

If you’re a professional photographer needing to provide the same standard of video as stills, sadly Nikon doesn’t seem to have the solution you need after all these years! 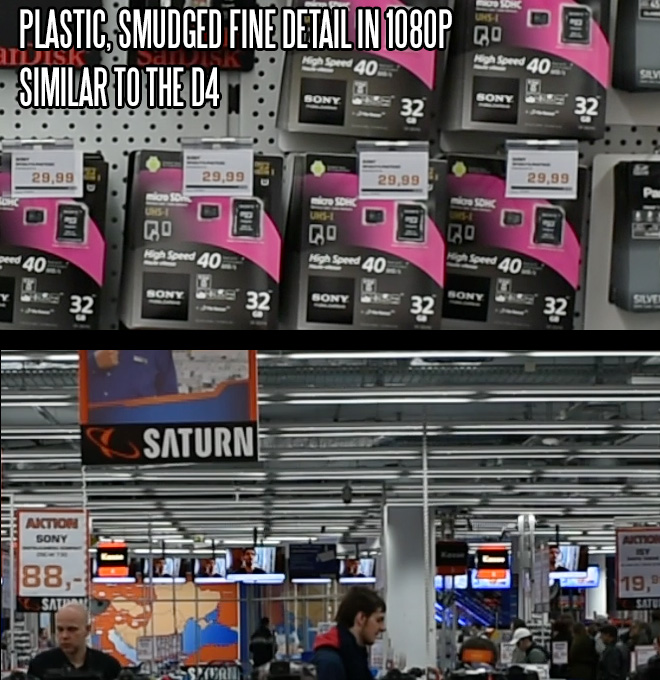 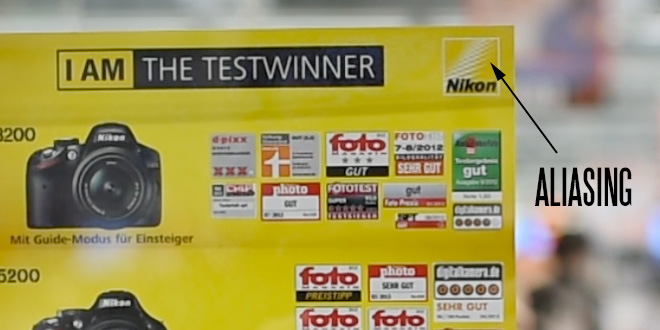 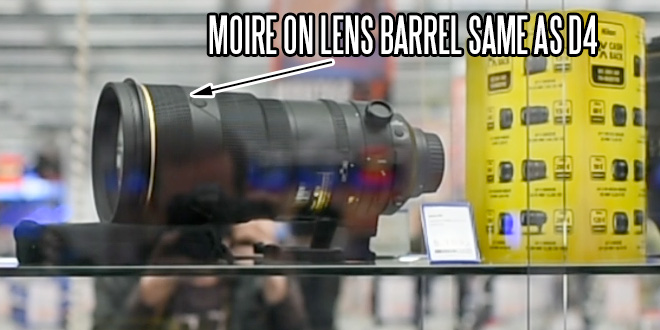