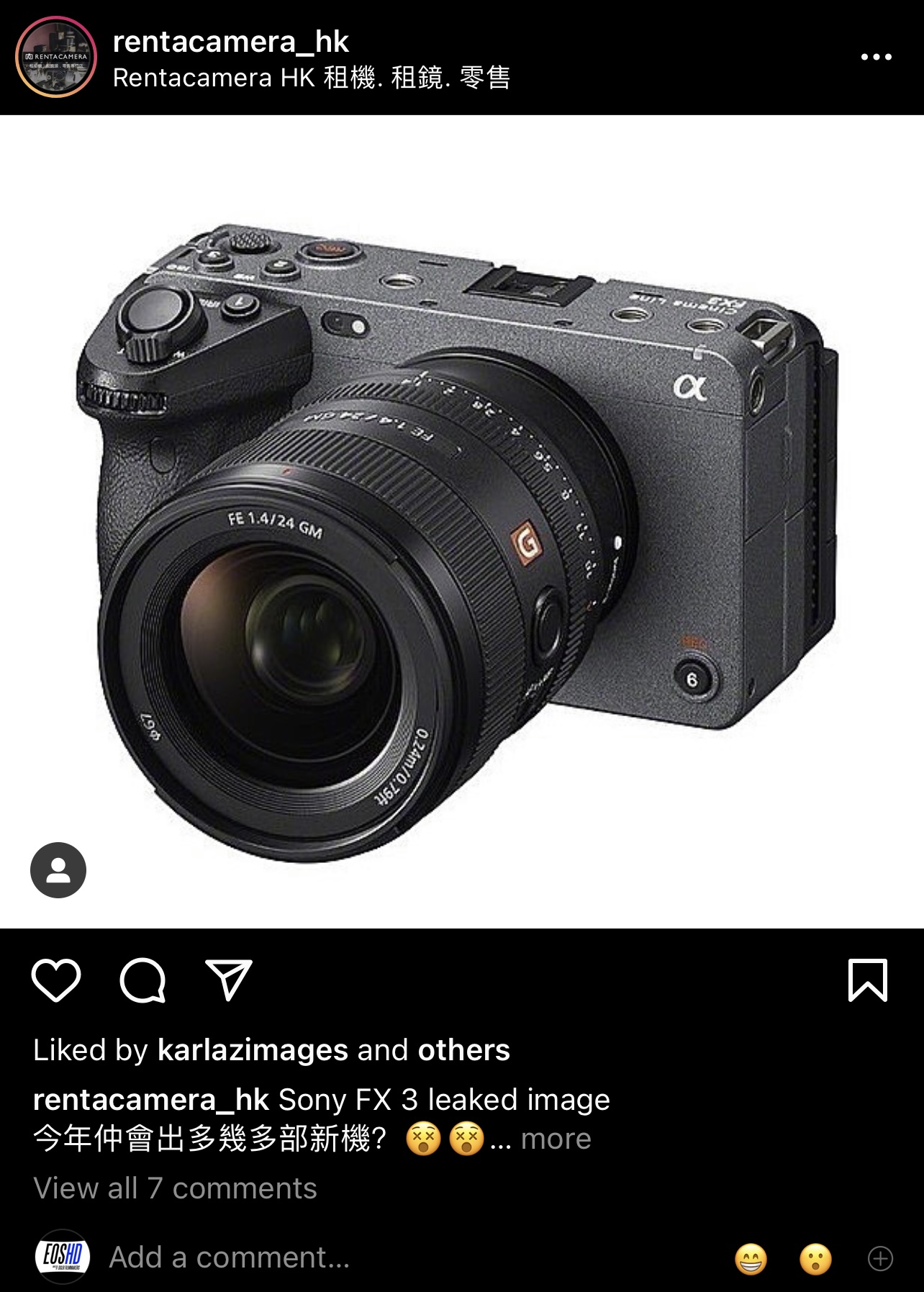 The Sony A7C is getting a huge upgrade for filmmakers. It’s expected to inherit the 8K full frame sensor of the recently announced A1, whilst packing in many of the same codec options and video features of the FX6. 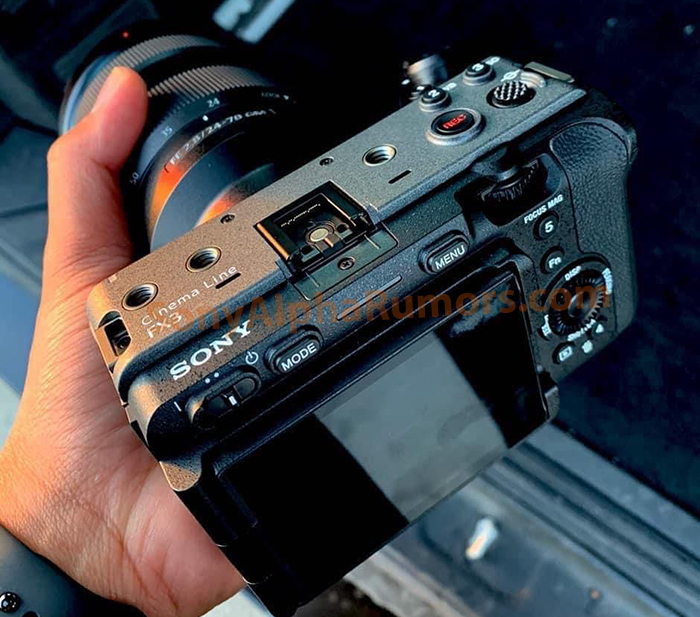 I like the gunmetal grey finish from the CineAlta series, much nicer than the A7C.

As you can see, this is an A7C on steroids and the first merging we’ve seen of the Sony Cinema Line with Alpha mirrorless form factor. Strange joystick position on the top, which led some to speculate the screen might extend the full width of the back like the long promised and not delivered Sharp 8K mirrorless camera. Unfortunately that’s not the case and there’s no EVF either. It could be there’s an add-on though that can be slotted in on top. The screen is fully articulated, and Sony went for Small with a capital S. It looks barely any larger than the Sigma Fp, and a lot smaller than the Blackmagic Pocket Cinema Camera 6K.

If this is to be basically a Sony A1 in a smaller body with more video features then it could be a very attractive option especially if they keep the price down under $4K. There’s every chance it could cost a lot more though.

This will be a high margin, cheap to manufacture camera for Sony. I am not expecting it to be anywhere near as good value for money as the Sigma Fp. It nevertheless fully flexes Sony’s imaging technology and demonstrates how far their sensors are ahead of Canon and Nikon.

The Canon C70 is the nearest competitor to this but of course isn’t full frame. It does have an internal ND – we can speculate that Sony have finally found a way to bring their electronic ND to a small camera of this form factor… That would be marvellous and really set the FX3 apart. The 8K I am less interested in and the 4K/120p is already done very well by the Sony A7S III.

EOSHD forum users have been quick to point out however that the A7S III suspiciously lacks a lot of Cinema Line features (and maybe now you know why)!

“I undesrtand now why the Sony a7sIII doesn’t feature 4K DCI, shutter angle, Synchro Scan, and all the bells and whistles of real cine cameras.” (Trankilstef on the EOSHD Forum)

So let’s see what the official launch brings…

Much better than this… 😉 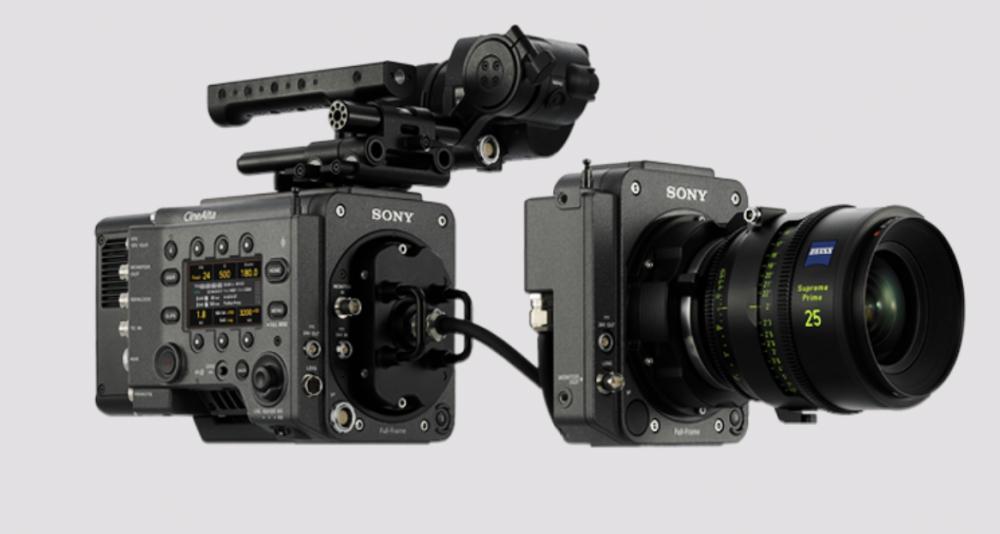