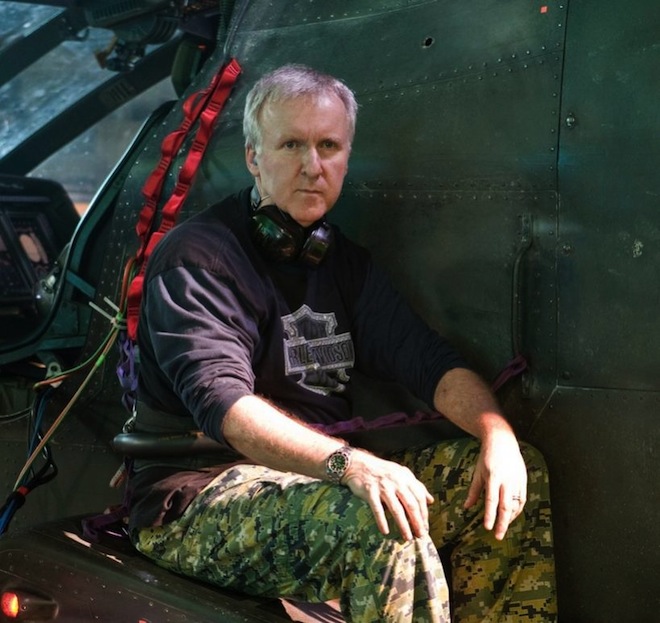 James Cameron has given us a startling glimpse of filmmaking’s future. In an interview with Fora.tv via movie blog Slashfilm, the filmmaker offers his notion of cinema’s future – and the good news is that the wheels are already turning. Work is underway already with an elite team at Cameron HQ.

Exactly what Cameron is proposing amount to dramatic changes which impact the art of filmmaking as we know it, I truly believe it will happen.

Cameron shot much of the action on Avatar with a virtual camera system. The A and B cameras were fed into a CGI world in real-time, a 2 way communication between camera and computer. The CGI world adapted to the physical scene as it was being shot instead of a cinematographer simply shooting green-screen, and then VFX artists in a separate building 6 months later adding ‘monsters’. This new process in it’s primitive early stages gave Avatar’s CGI animation a unrivalled physical presence and allowed Cameron to direct via a monitor which gave him a better idea of how the finished souped up CGI masterpiece would look.

Cameron believes that kinetic interaction of CGI with physical shooting represents the future and the first step, says Cameron is to eliminate 24p, which he blames for 3D artefacts galore. Avatar will use 48p. 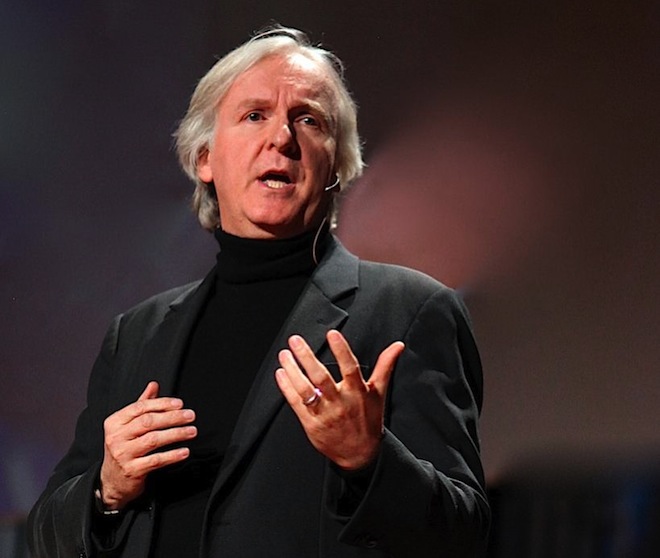 Right now post production is still necessary on Cameron’s movies since the real-time virtual camera system currently only renders a very rough version of the finished CGI. But following Avatar 2 and the elimation of 24p Cameron plans to sound the death knell of post production.

CGi actors and assets will all be designed and programmed before principal photography begins, and stored in the virtual camera system. Effectively post production becomes pre-production and more technically sophisticated and AI driven. Advanced CPU power will then combine the real set and virtual world live whilst the cameras are rolling and the director will see the finished render in all it’s glory whilst shooting. The AI will adapt the CGI in real time to what happens on set. The cameras and actors will all be wired directly into the virtual world at 48 frames per second or faster.

Right now [with the original Avatar and forthcoming sequel]we work at a proxy resolution. We create a 1980s video game looking end product, we give it to the visual effects company and they start over mapping all new high resolution assets to those low res assets. They start all over and do it all again and come out with a photo real end product. What we want to do is eliminate that middle step and start to close the gap between what our real time looks like and what the finished photo real looks like. Eventually, 15 years from now, we should be working real time in at a photo real image. So it’s getting to the point where it’s indistinguishable from photography at the moment your doing it as opposed to waiting six months or a year.

I think Cameron’s notion is incredibly brave but certainly achievable thanks to the white heat of technological process. All this may sacrifice some sacred cows, like 24p and pretty much the whole idea of post production, but it all makes sense to me given what Cameron says about his virtual camera system.

I think this process actually puts more control in the director and cinematographer’s hands, since they’d be able to direct virtual actors and assets in real-time. Surely a good thing.