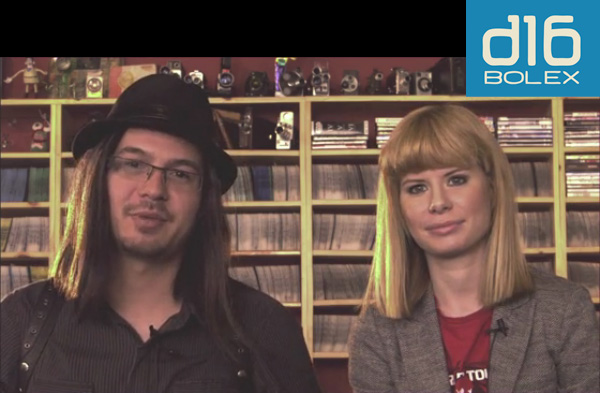 I had the chance to interview Elle Schneider today of LA based Digital Bolex. Their D16 camera is a 16mm Bolex using existing off the shelf components and raw processing software developed in Canada. It shoots 12bit raw with no rolling shutter, although the sensor is much smaller and less sensitive than the one in the 5D Mark III.

EOSHD: How long has the Digital Bolex prototype been in development for?

Elle: The prototype has been in development for one year. Joe worked on the project for a little over a year before he brought me on board. He originally wanted to do a much more stripped down Digital 16mm camera, no internal battery, no screen, no image out… I talked some sense into him! I think that a true D16 is a great idea, but unfortunately there’s no running from the conveniences that we’ve all become accustomed to while shooting digitally.

EOSHD: Is the raw software and camera firmware being written yet?

Elle: For the raw processing: we’ve talked with a number of software companies and are really excited by the one we’ve chosen to partner with, but we haven’t had the funds (yet) to start programming anything. It looks like we hit $250,000 on Kickstarter, so when the campaign ends we can get started! The firmware is being handled by our manufacturing partners in Canada.

EOSHD: Any plans for a Super 35mm version in the future?

Elle: We would love to! When we get the D16 out there we’ll see what kind of demands we’re getting, and if the market is strong enough, we’ll make one.

EOSHD: Can you recommend any cool vintage c-mount lenses to use on it?

Elle: We recommend all of the Switar lenses 🙂

EOSHD: Is the handle detachable?

Elle: The handle is absolutely detachable, and there will be a tripod mount at the bottom.

EOSHD: What is the rotating crank mechanism used for, or is it cosmetic?

Elle: The screen on top of the camera also contains the menu for the camera, and can be used to program the crank. The crank can be programmed to adjust anything on the menu, so volume, iris, FPS, if it’s an electronic lens could be used for follow focus. At one point we debated throwing an internal variable ND in there. But basically we want the crank to be as versatile a tool as possible; I really fought for including it as a way to show people that this camera could be fun, it’s something associated with the iconic Bolex cameras, and I wanted to try implementing a non-traditional digital camera mechanism.

I have a few more questions for Elle to come and although she is busy at Digital Bolex booth at SXSW today, any replies will be added to this page so stay tuned.