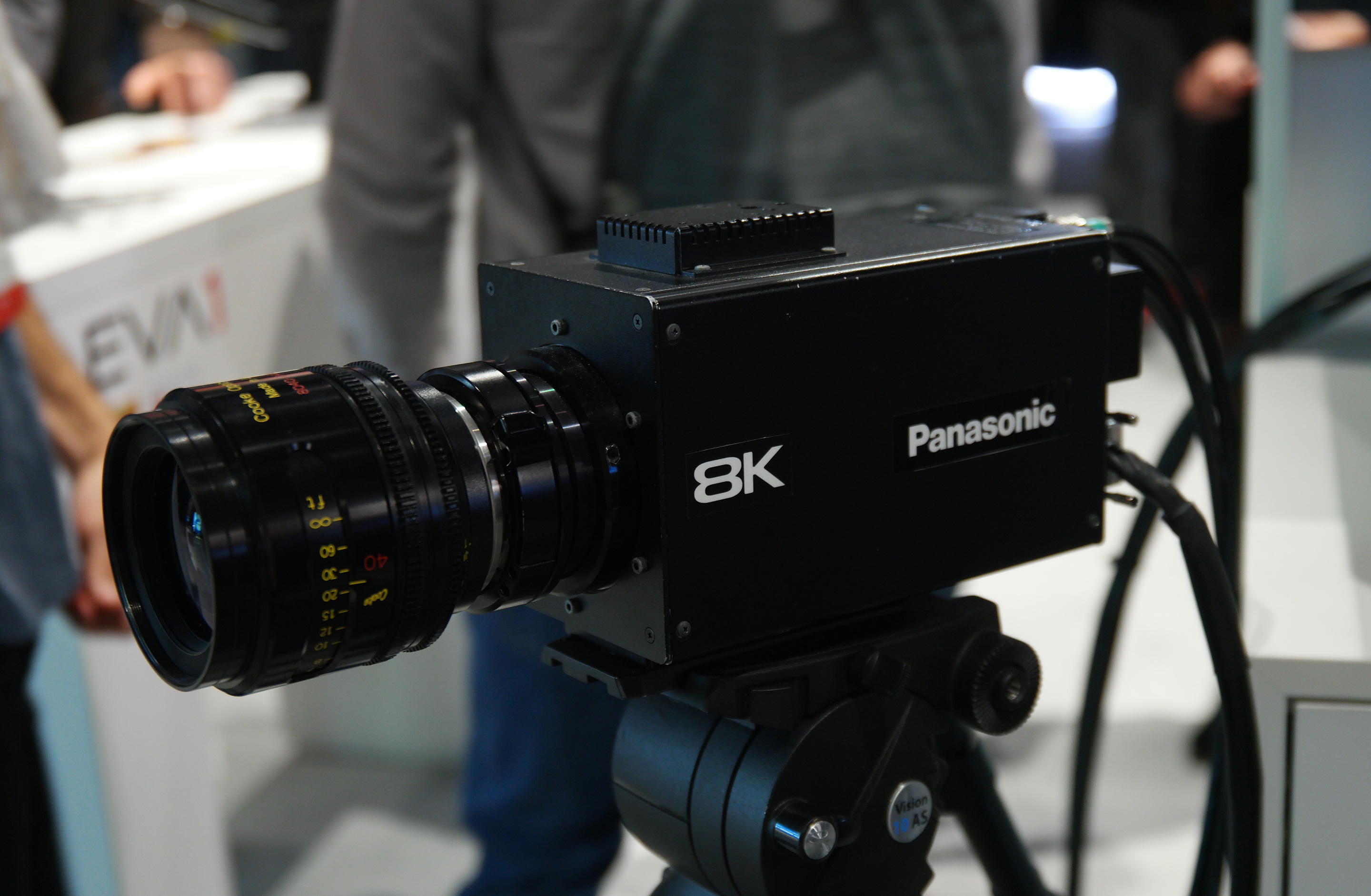 At IBC the Organic Sensor technology Panasonic is developing turned up in the camera above (with a rather nice choice of Cooke cinema lens). Along with the prototype camera, Panasonic had a wealth of information about what makes it such a big step for filmmaking and video.

One of the big innovations of this type of sensor is that it has on-chip ND, as rumoured on EOSHD a while ago. This will make all optical ND filters obsolete.

The other innovation is that the organic photoconductive film covers the full frame under the micro lens, solving the issue of isolating cells in the traditional silicon of normal CMOS sensors.

Slide 1: Variable on-chip ND (as voltage is reduced, the exposure gets darker) 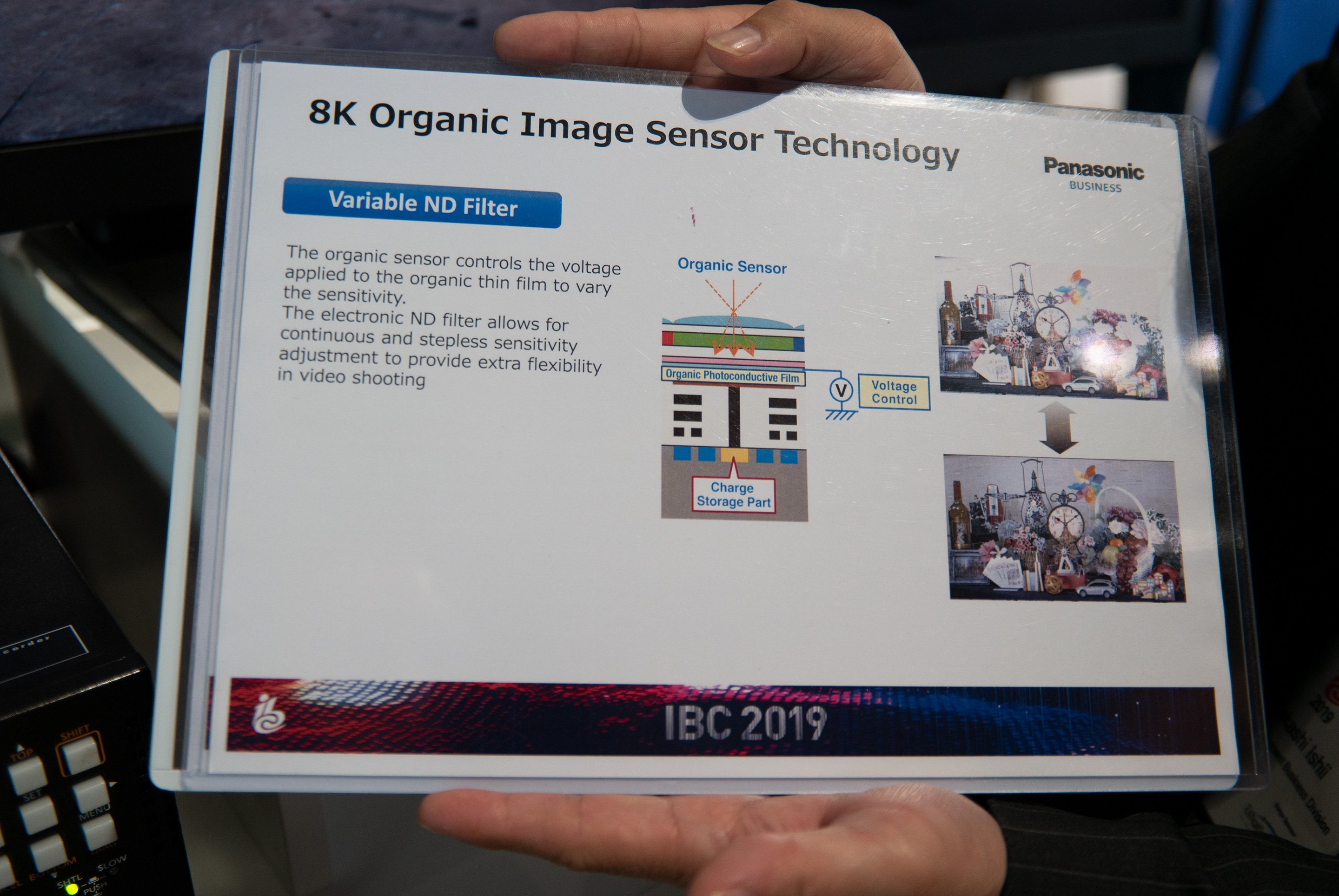 Charge storage is different with an organic sensor, which works more like a film substrate. The entire sensor is exposed simultaneously.

But it has none of the disadvantages of a CCD. 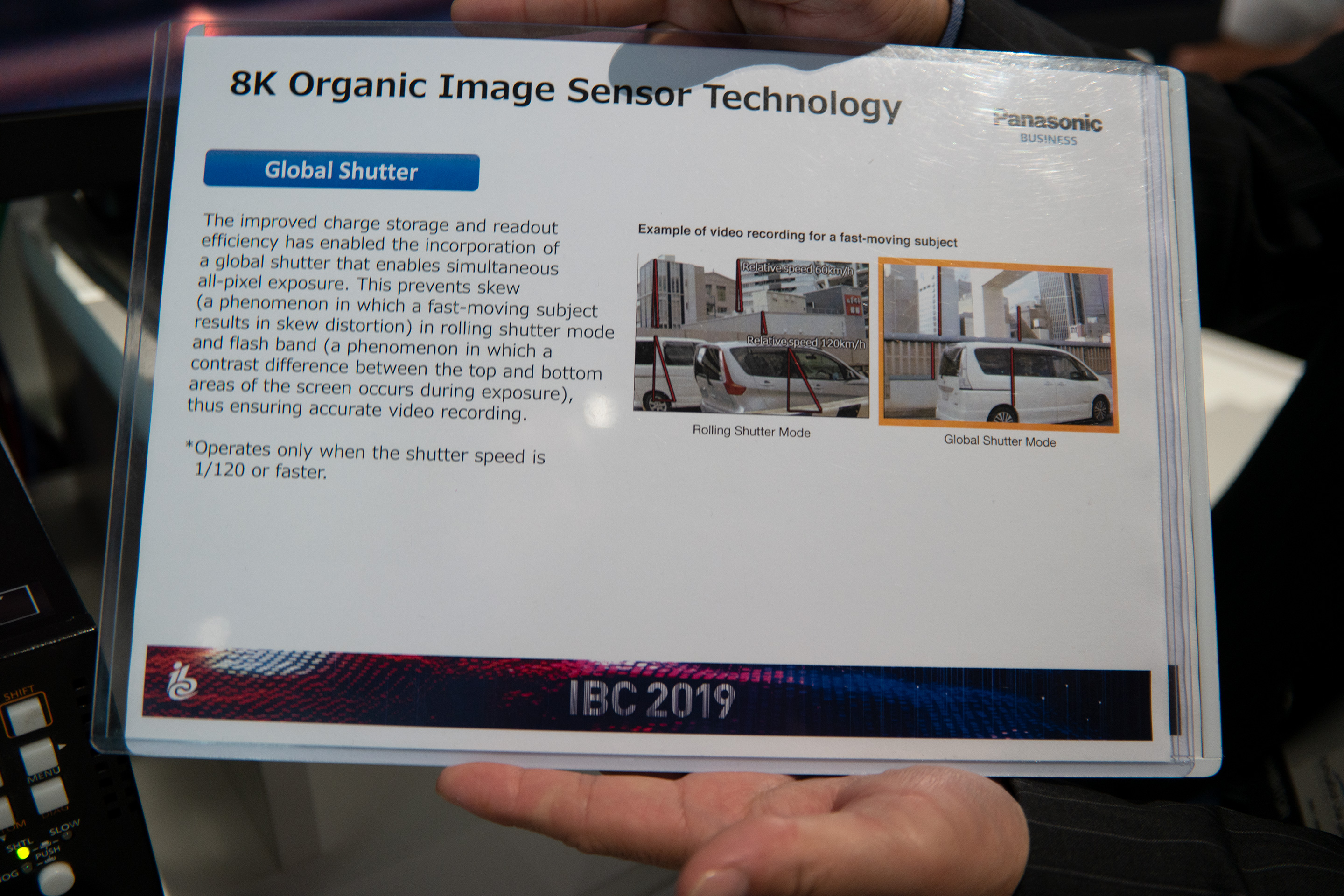 As the charge accumulates more efficiently compared to a traditional CMOS sensor, there’s more room for a larger charge and resulting wider dynamic range. Indeed the pixel charge ‘well’ can be much larger, being completely independent to the light gathering part of the chip. 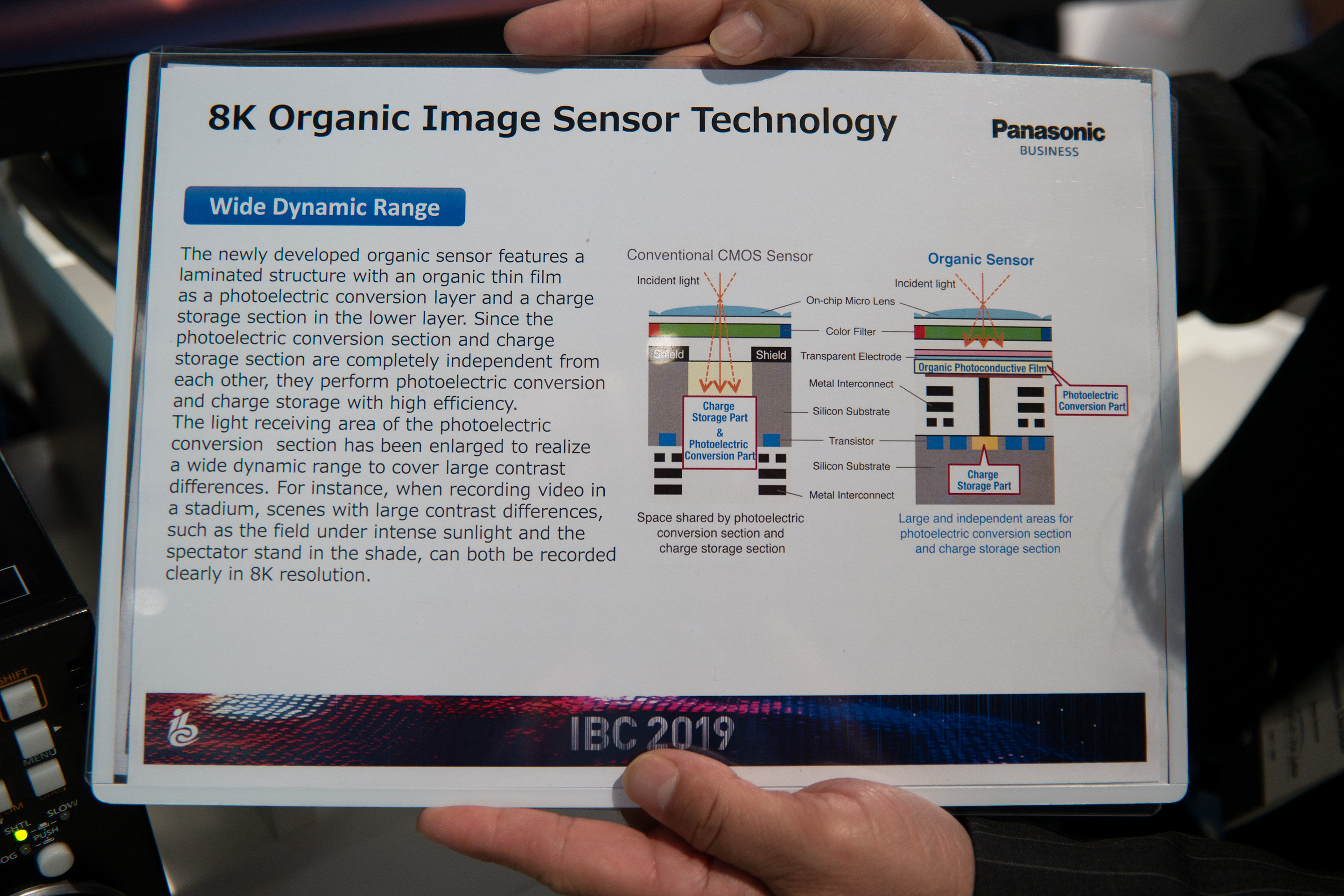 8K sample footage on display at the show

The footage was extremely cinematic in relation to motion cadence and film-like colour, although obviously the demo is not the last word in this as we have no idea how it’s been processed or graded.

The prototype camera had a quite large fan system (which vibrated the chassis), so it remains to be seen how economically the chipset runs in terms of power, which will be crucial for application in smaller mirrorless cameras like a future GH or S1H body.

All the image processing for the 8K camera is done on an absolutely massive side unit plugged into the mains power!

Panasonic seem to be most interested in bringing the organic sensor technology to a future Varicam first – and I doubt it will be cheap when it first hits the market. The company hopes to have it ready for the 2020 Olympics in Japan.

Always good to get a glimpse of the future though. 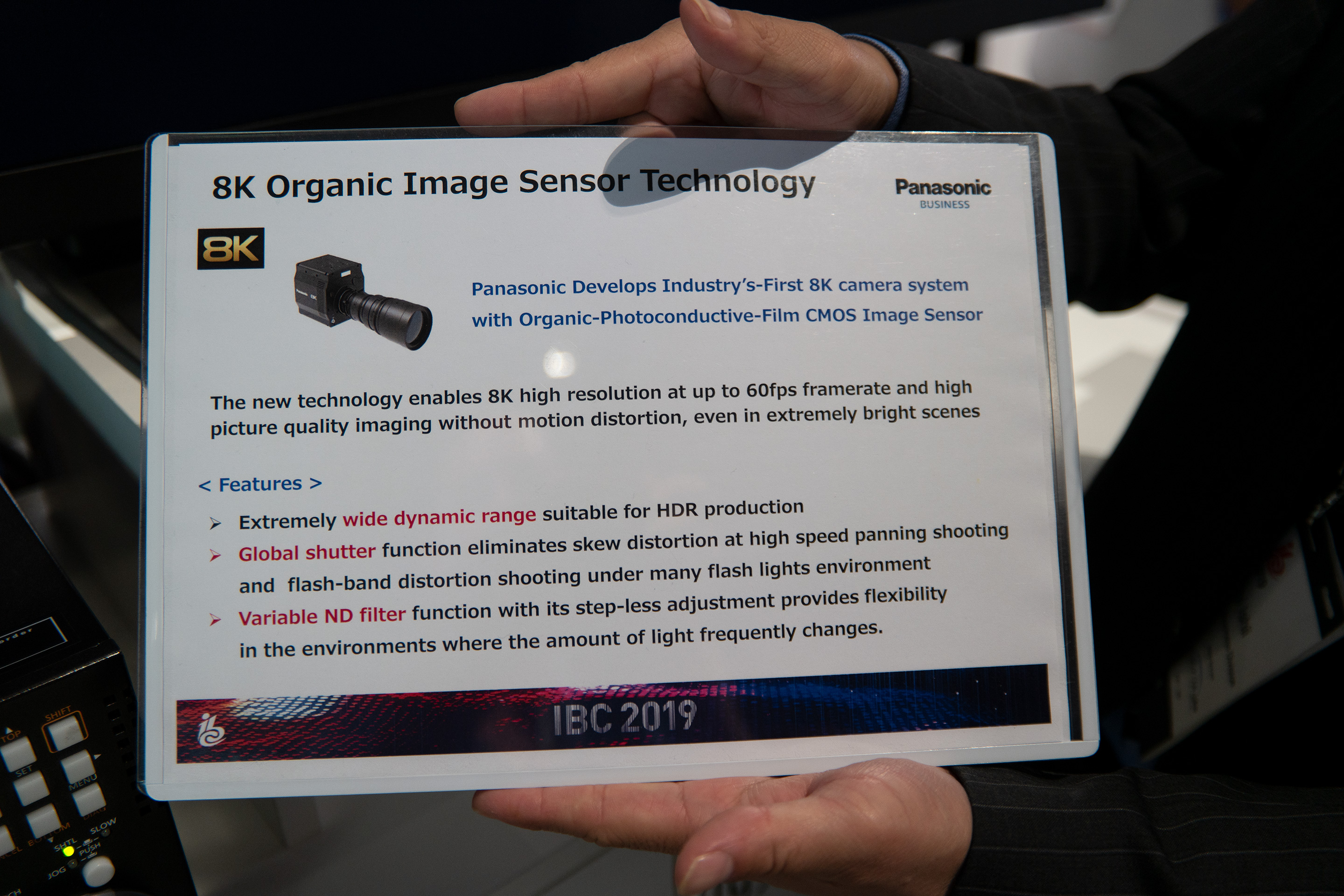