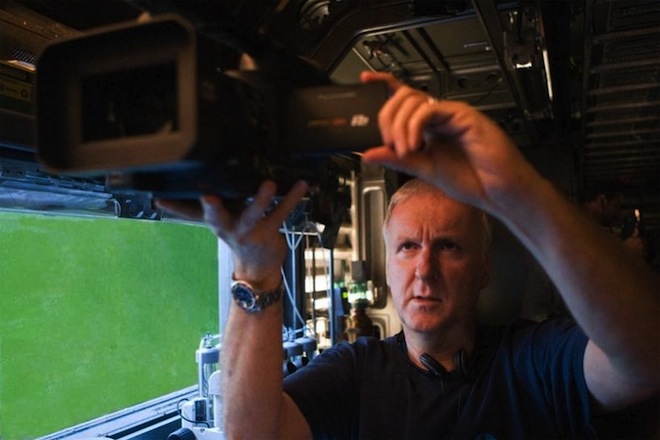 Filmmakers are many and varied. Reputations are not, but the craft is.

Pick up a camera. Shoot something. No matter how small, no matter how cheesy, no matter whether your friends and your sister star in it. Put your name on it as director. Now you’re a director. Everything after that you’re just negotiating your budget and your fee.

In most industries, titles are important. Pick up a scalpel. Open the chest of the guy sat next to you. No matter how small the cut, no matter whether your friend or sister is playing nurse. Tell the guy you’re a doctor. Now you’re a doctor. Only you’re not, are you? You’re a mentalist. Everything after that you’re just negotiating your parole.

Creative arts are not like other professions, see. There is no all encompassing definition of professional in the creative arts, no hard and fast rule to become one. Artistic ability is the least studied of all crafts – you either have an innate feel for it, suffer for it, live in abject poverty for it and build with experience, or you become an accountant.

Neither one’s tools or one’s money exclusively make someone a professional artist. Sometimes an artist can have no money, no job, no tools and still use his talent and follow his craft as would a professional. By their very nature, art and capitalism are different. Both involve heaps of talent to succeed in, but the system itself is vastly different.

What the DSLRs have done is lower that bar for the filmmaker, so he needs less money, fewer tools and can make more use of his talent than was previously possible.

As filmmakers only now do we have a lot of choice. Until DSLRs, only well paid filmmakers had a lot of choice. One could afford to rent on the basis that you’re being paid for a project, or one may have a hard earned $20k knocking around to spend on a picture making box to actually own. This is what people think of as professional. Someone who successfully executes on his talent and tools to earn a living, then invests in tools at ever greater levels, striving for the best image he can get.

But the problem with filmmaking as it was, is that the craft of professional Director or Cinematographer was almost exclusive to paid professionals and not the kind of people knocking on doors for the first time, trying to make personal work look as good as possible for creative reasons, or trying to build a portfolio to show that they have some incredible God given talent.

No – digital stank 5 years ago, before RED, before Canon. A cheap camera had a cheap image. To deny those people the rights to express their talent and to condemn them to use a Sony Hi8 Handycam was grossly unfair. I expect many gave up and became accountants.

DSLRs get people on the ladder faster than ever before, and allow the quality of their portfolio to make gigantically better use of any talent on offer. Still, if they have no talent, they still do not have a good portfolio. So the democratisation is very fair. To discriminate in life is a necessity – the whole of evolution by natural selection is based on it – but I’ve always thought it much better to discriminate by talent than by money, social standing or what paid profession you use to get by.

Because of this, the camera as a tool has come to mean so much. This is understandable because of human nature. I have a personal affixation with a lens. It is a spherical piece of glass. Several actually. In a metal tube. It has a label. People love this kind of thing and I personally find the camera wars good fun. Sometimes people see in the camera a mirror image of their own needs and ideologies. One camera stands for ‘the professional’, with ‘the ultimate image quality’. One camera may stand for accessible, ‘my chance’ to create something which has a lasting effect on someone. Human nature has not changed since man first developed tools and understood the value of them and the implications a powerful tool could have on a life.

Second hand Panasonic GH1 bodies have been seen to go for $400. Grab a $50 50mm F1.4 Canon FD and you have a picture making box so far removed from the limitations of small chip camcorders, that it is truly a game changer for people starting their filmmaking careers – or for almost anyone in between for that matter.

A lot of people have looked at this and decided it’s a bad thing. There are various arguments and I’m not going to say whether I disagree or not. I’m just saying these views do exist and are held by a great many people.

These are all valid arguments.

The problem as I see it only comes about when people put these arguments in the wrong context or use them in unfair ways to bully and belittle newcomers with inferior equipment and less experience.

DSLRs were never designed to compete with professional video cameras in the same market. If Panasonic intended for the GH1 to be an Arri Alexa killer, they’d have stopped there and shelved plans for the AF100. Professionals who can afford the best, will buy the best. That will not change. There is no point making The Hobbit on a DSLR unless you really need the space in the cramped Hobbit holes. The cost of one cutting edge 3D camera on Peter Jackon’s Hobbit set is probably less than the catering budget for a single month. In that kind of inflated hyper-capitalist industry, the tools are mere commodities. This kind of rare and privileged filmmaking is fantastic but it is so far removed from what James Cameron described in his famous quote above.

DSLRs are used by a huge range of people, from professionals down to non-filmmakers who become directors simply by virtue of picking up a picture making box and seeing whether or not they have the talent to do it as a living. That’s what Cameron meant, and that’s exactly what DSLRs mean to me.

Most professionals at the top don’t worry about DSLRs, they see them for the opportunity they are, for the many. DSLRs are meant for a new director to tell a story, for new cinematographers to bring a fresh eye to proceedings.

A good cinematographer can give a story the feeling it needs to become a great piece of cinema. Only then when he or she earns a living from it and it is good enough, he / she can buy a new picture making box and the DSLR has done it’s part.

It’s purely a combination of DSLR pricing and the image quality you get for that incredibly accessible price which makes the whole thing explode socially. Philip Bloom, for example, has been successful because he understands that social aspect and he’s good at encouraging it.

Is line-skipping such a bad thing if it allows people a way to start a career, a way to build a decent portfolio, an opportunity to express themselves creatively with minimal means, and a chance to be heard in a crowd?

I’ll take it. And so do many professionals. The reason I got into DSLR filmmaking and the reason I created EOSHD.com was because I knew there was an aspect of my personality crying out to be a filmmaker. I was in the wrong job sat in front of a screen typing code and designing layouts for websites. I had to indulge my artistic side otherwise it’d eat me up. I am prepared to suffer for it.

DSLRs do not make filmmaking any easier, but they do open doors that were previously welded shut. Long may it continue.