In the last few weeks I’ve been locked away in a dark studio in Berlin working just on EOSHD.com, but I also found time with my resident music-producing mate to make this video, shot with the available lighting in the studio:

We really enjoyed making this. The idea centres around David Bowie’s V-2 Schneider. V-2 was a German rocket used in WWII, and Schneider was the guy in Kraftwork. Bowie recorded the track just down the road from where we are now in Berlin. He was here going cold turkey following a long stint as high as a kite during the 70’s. He produced some of his best work at the Hansa Studio – including Heroes from which V-2 Schneider is taken.

It’s a great track and I wanted the visuals to feed off the ideas our general theme was generating. The theme was all about a bombing raid, blacking out windows, locking yourself in. Censored, unable to speak out against the war. But not hiding away – straining every last drop of energy to create something positive within 4 walls which could cut through the cold war.

Hence the title Glasnost which was a political strategy of total openness and transparency used in the USSR to bring down the Iron Curtain. Music and creativity have a similar purpose.

It’s also a comment on how difficult creativity can be and what a pain in the ass it is to come up with the genesis of an idea, and work on it until it’s original… and being under siege from the outside to come up with something, and the pressure creative people are under whilst building their career from nothing, with meagre resources.

The idea of the apple represents the force of gravity, pushing us down – but it hints at that spark of an idea – Newton’s theory on gravity being triggered by the famous ‘hit on head’ from the falling apple. Or to the more religiously inclined, some might link it to the Garden of Eden, which in turn represents creation and the genesis of ideas. So I felt the apple idea could be expanded on in the future with those aims in mind.

This was a zero budget, totally DIY effort as usual. No equipment other than a good buddy to bounce ideas off, a couple of cameras (GH1 & 60D) and a gaggle of lenses including my Russian cinema prime picked up for $100. The strategy of throwing tons of money at something and hoping for the best doesn’t interest me and I want my lenses to have character not a clinically perfect image and hefty price tag.

We wanted to convey as much as possible through the use of shadows.

I found that the iPhone 4’s LED light gives a very pointed and direct bright light which would generate a nicely define shadow, and it could be angled and moved around to zoom the shadow in or out, change it’s shape or scroll it smoothly from side to side. We also got a few interesting reflections going off the back of a guitar and a metal mic stand. 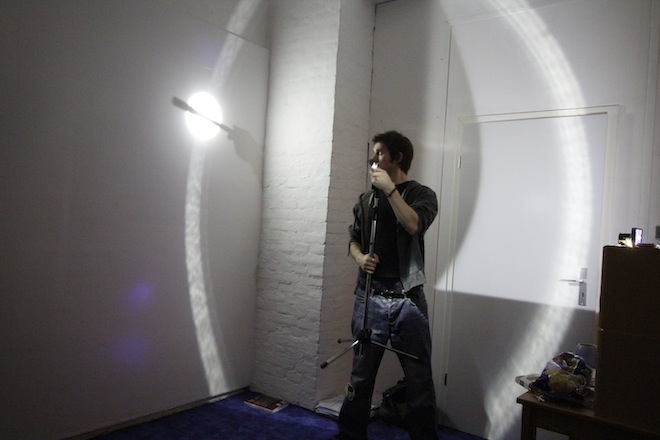 In the photo above the iPhone’s LED is being projected through the back of a 25mm F1.3 c-mount lens toward the wall. Aside from the mic stand reflection (which we didn’t use in the video itself) this combo makes a soft round vignette and a shadow in the centre.

Also with the LED at the right position behind the lens, down to the millimetre, it creates a perfectly focussed massive blow up image of the inside of the LED.

The LED is but a couple of millimetres in diameter but the 25mm lens blows it up to about half a metre across. I used it in the video since it looks like a futuristic target. The wider the lens, the larger the projected image, but you need a fast lens to get a bright enough projection. 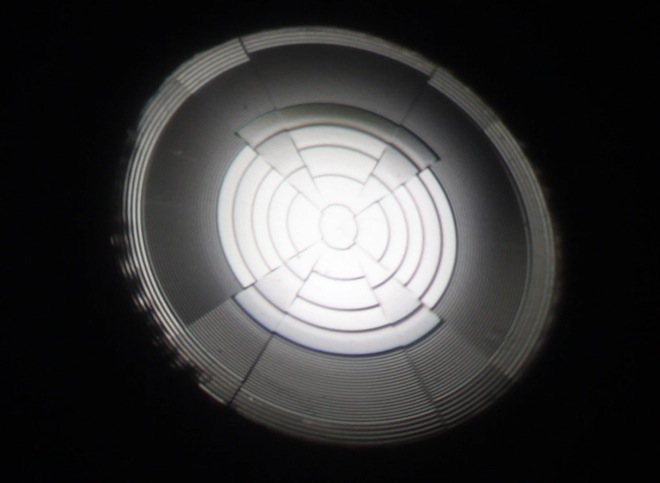 Partly due to limited resources I’m more the type who chases natural light, but I found that to have so much creative control with lighting was key and no less challenging. This experience of using one basic small portable torch makes me want to invest in some portable LED panels.

The problem with elaborate film lighting is that electric lights are bulky, take ages to set up right, not very portable, expensive, need power on location and need a crew to help operate. This for me, is undoable and unnecessary.

What would be great in the future would be to have a camera which builds a virtual lighting system in real time over the actual shot, and allows you to change the lights in-camera – like ray tracing and shading in 3D rendering software. The camera would have to have a lot of grunt and be intelligent enough to work out the angle of surfaces, the geometry and texture of captured objects from 2D video or stereoscopic imagining, in realtime at 24fps.

We won’t be seeing virtual lighting in real time on our DSLRs for quite some time yet but remember where you heard about it first and credit me on the patent please – haha.

On the iPhone I used the Torch+ app, which has an on/off switch which triggers the bright LED on the back of the phone, along with the ability to have it pulse or strobe – that came in handy for a few shots too. 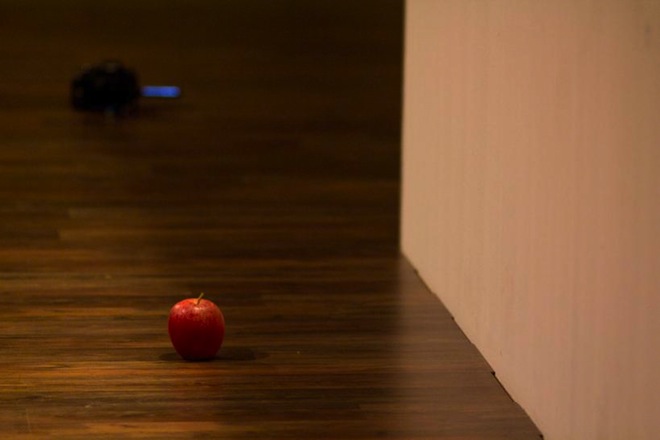 All of the video is 24p, some of it slowed down in Twixtor. I love that plug-in. Haven’t needed to use 720/60p for slow mo since. I used Neat Video to reduce noise in some places but for some of the shots I actually preferred to have quite a high amount of grain.

A few shots are with the Computar 25mm F1.3 c-mount (also used for the lighting projection), and it is a lovely lens. Again this is not an expensive piece of kit, it cost me all of 60 quid. Tack sharp even wide open, nice bokeh and flare, cool vignette. Sample photo – 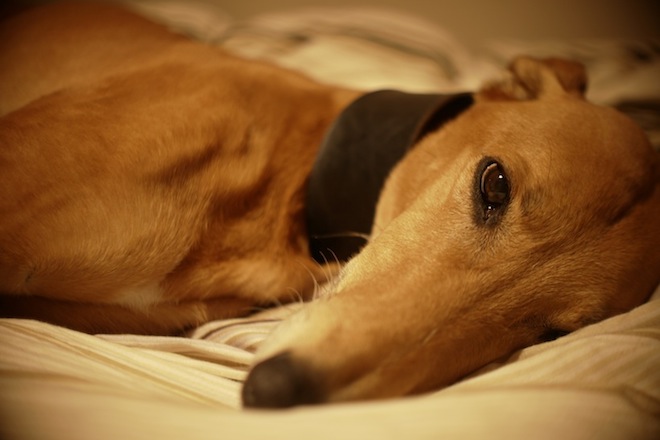