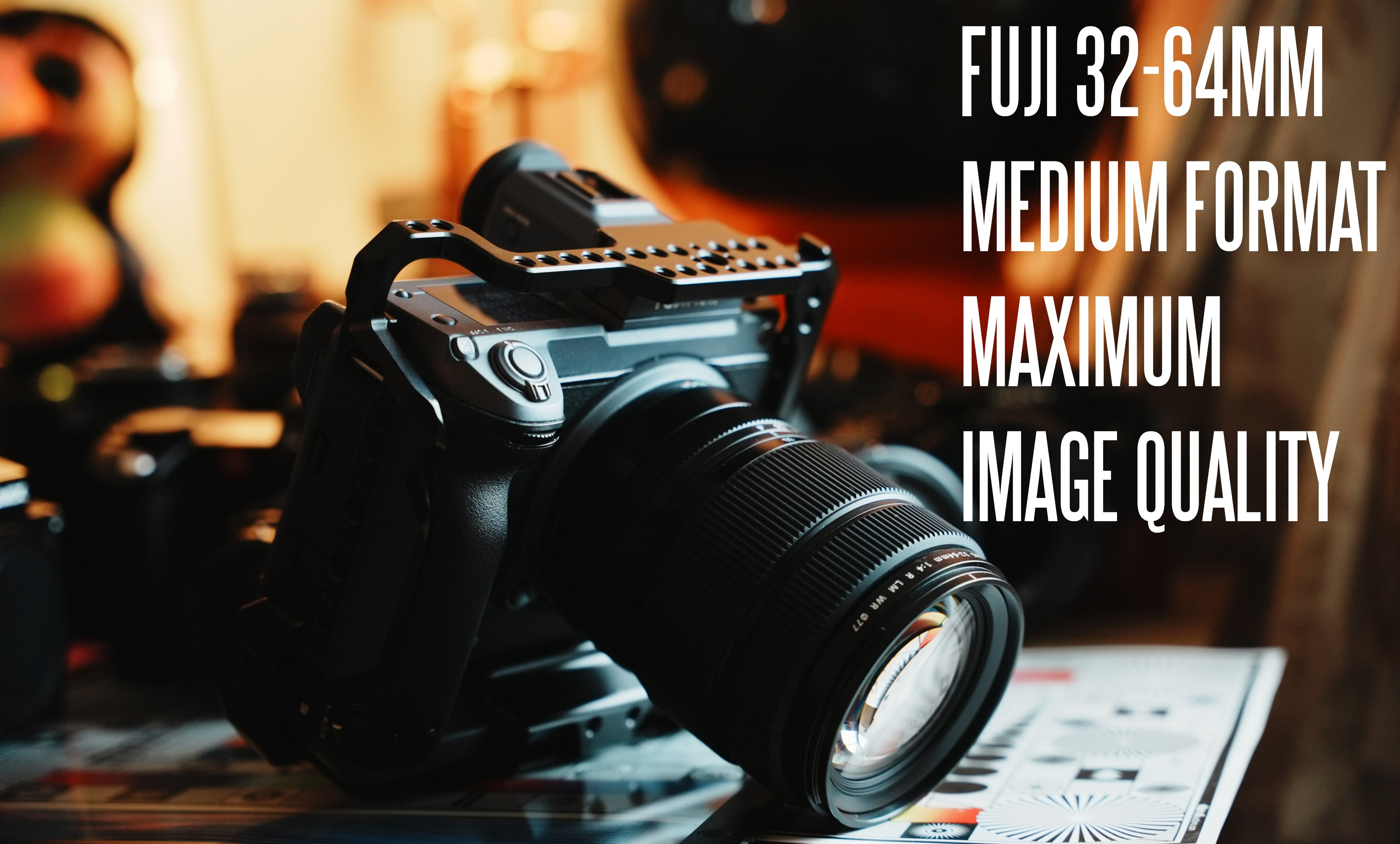 Zooms have come a long way.

Here we explore the GF 32-64MM F4, which in full frame equivalent terms is a 25-51mm F3.2. This doesn’t really mean a lot, because medium format at 100 megapixel can easily be cropped to full frame and maintain 70 megapixels. It is all formats in one – even Micro Four Thirds if you want to keep diving deeper into the frame! 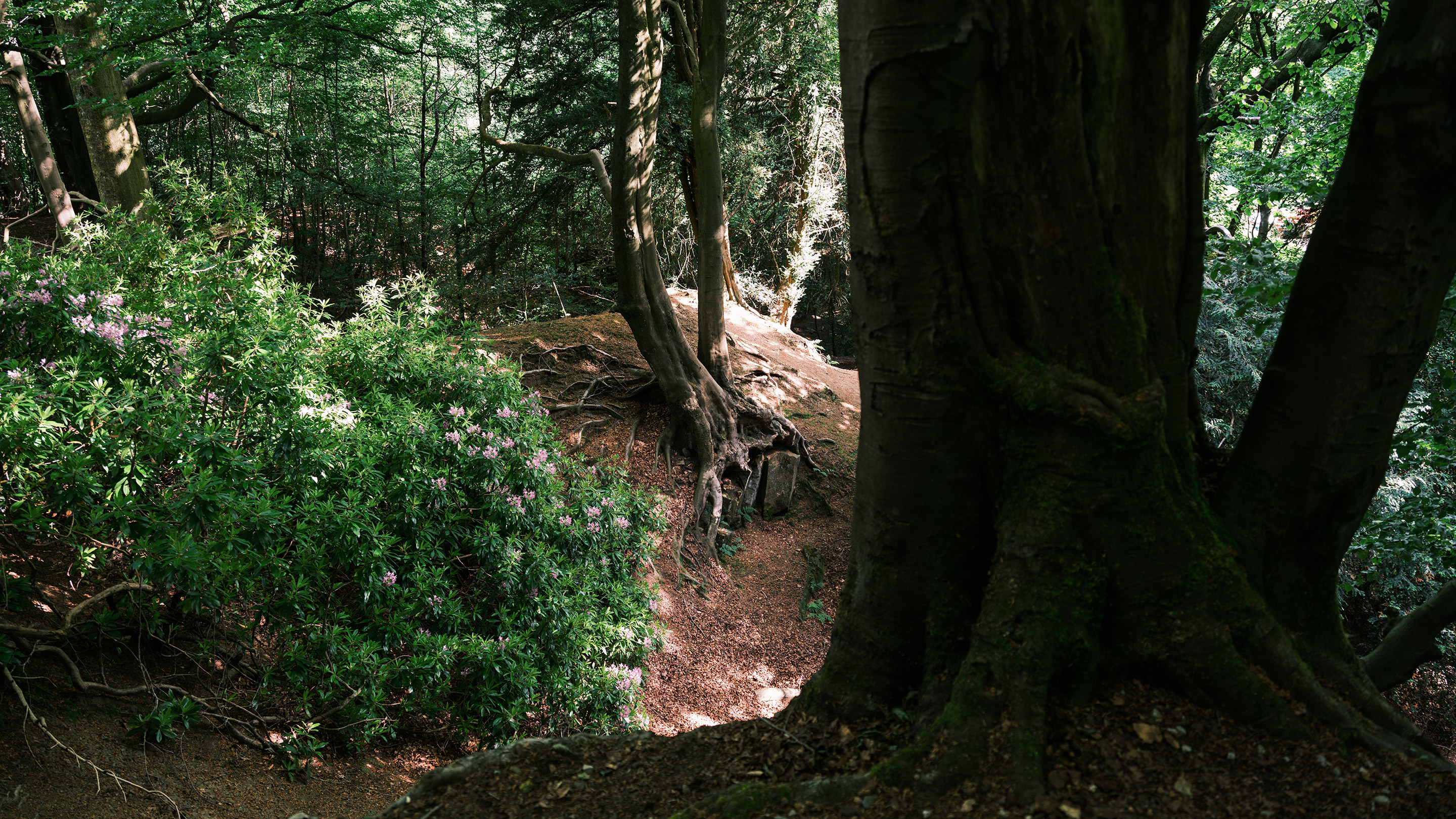 Wide open, the lens is of course sharp right across the frame and into the corners.

The above shot of the forest landscape shows this.

To get an idea of the resolving power of the lens, I usually take a brightly lit high contrast subject as this will reveal any ghosting or chromatic aberration. There is none… 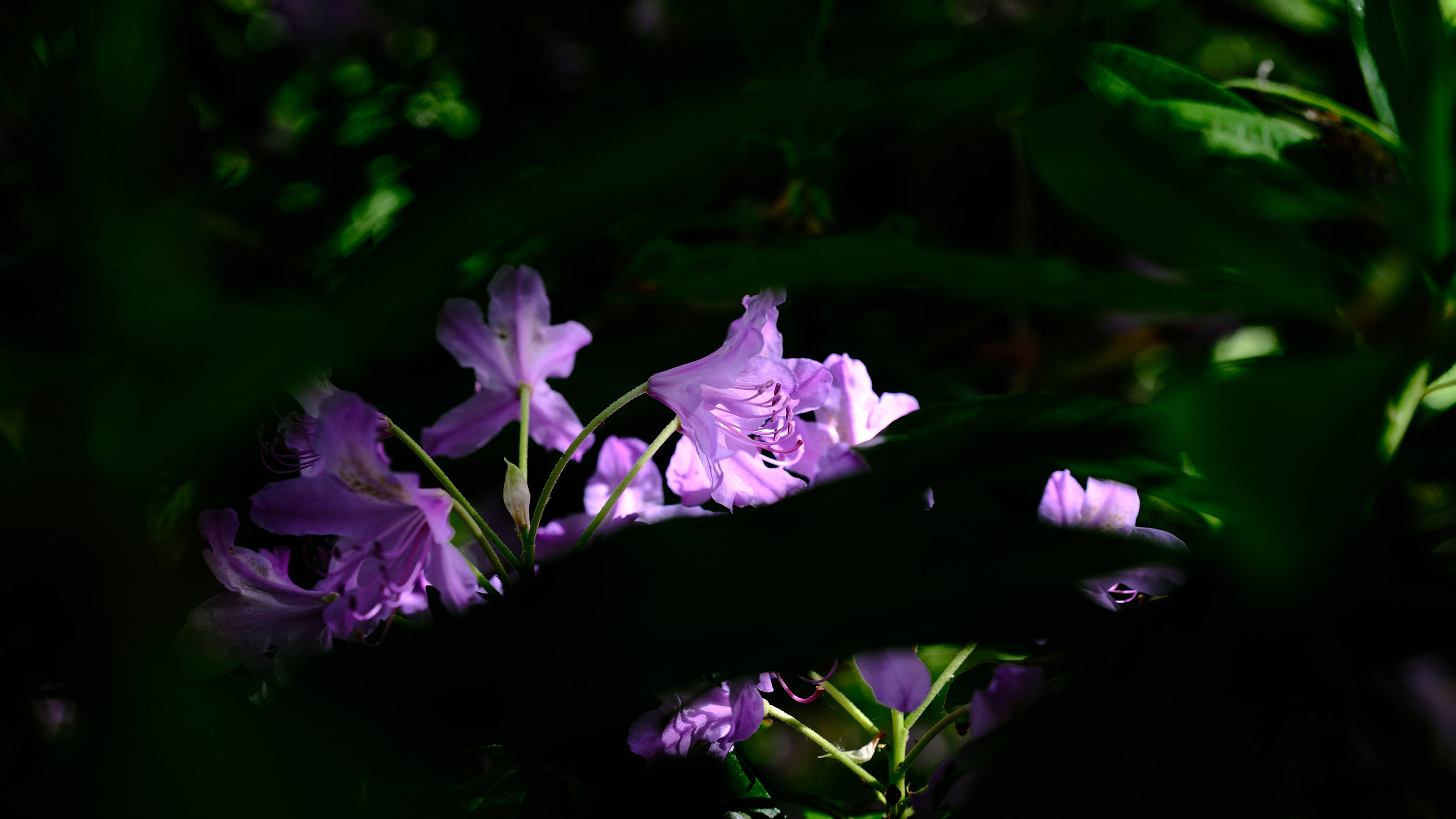 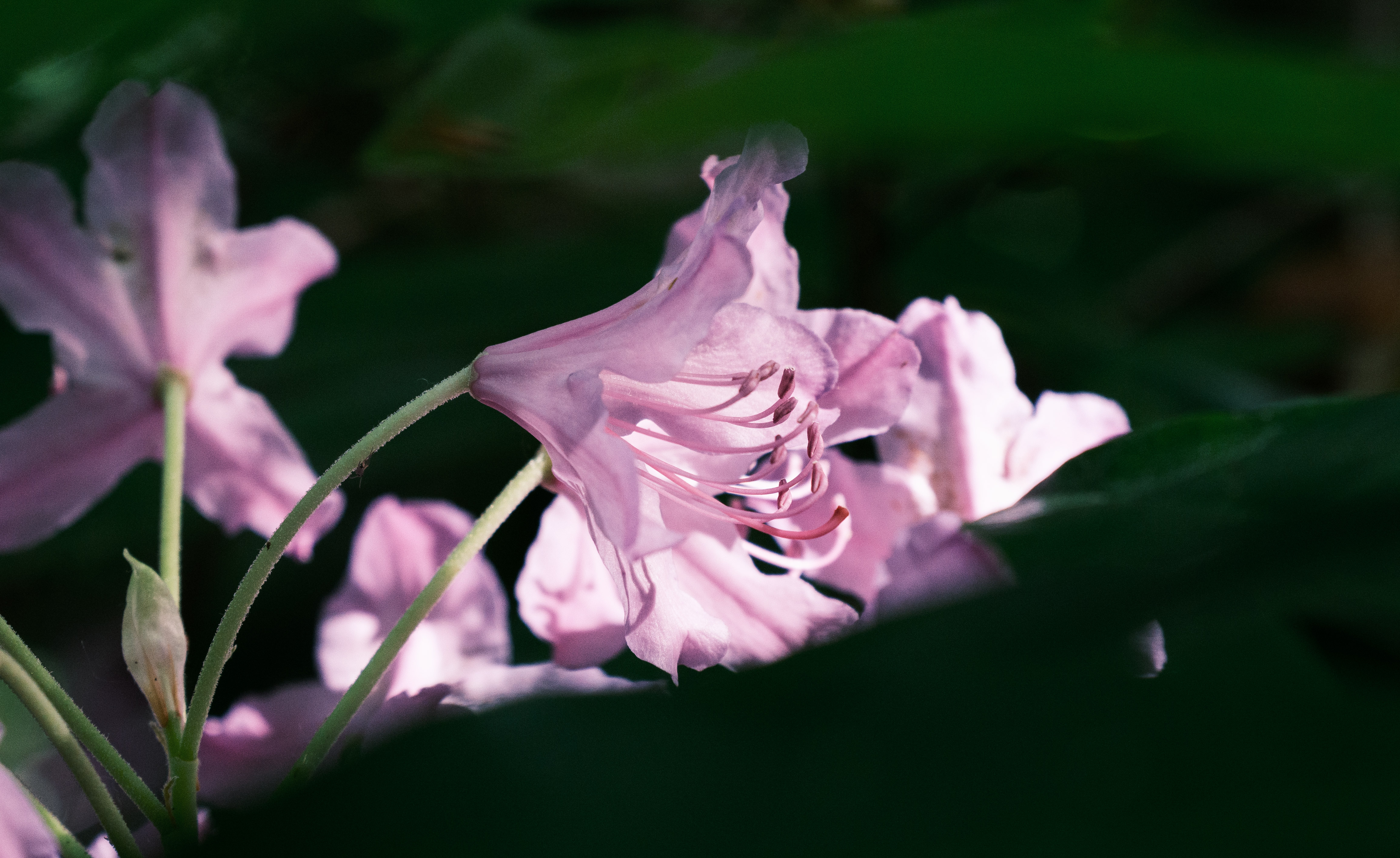 And at this level of extreme crop from the medium format sensor we still have approximately 5K resolution left to play with!!

Here’s an example that shows how close you can get at 63mm, the full width of the sensor, before any cropping begins in post… 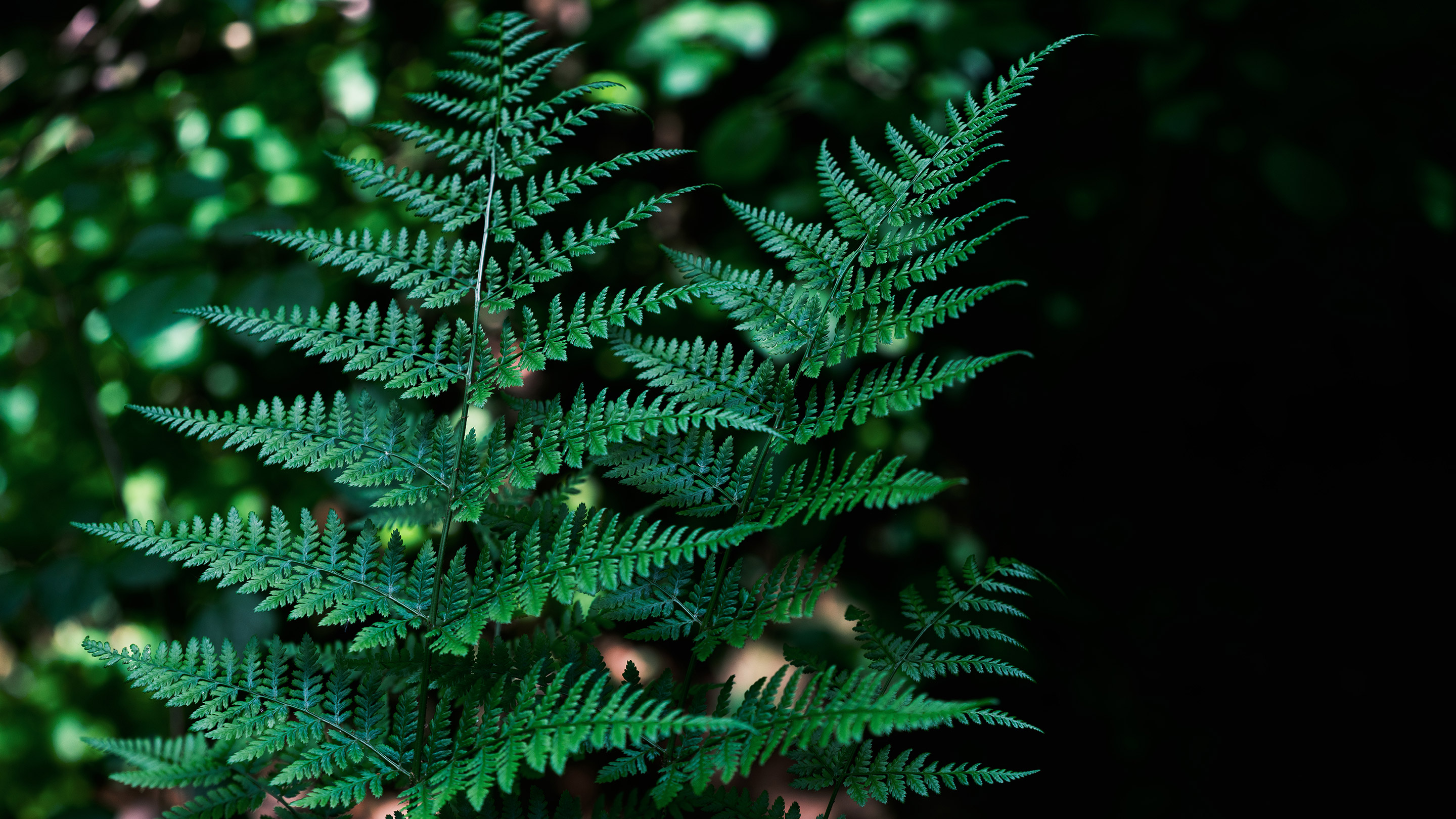 In terms of size and weight, it is about the same as a fast F2.8 full frame lens.

It’s a lot smaller than my Hassy zooms!! 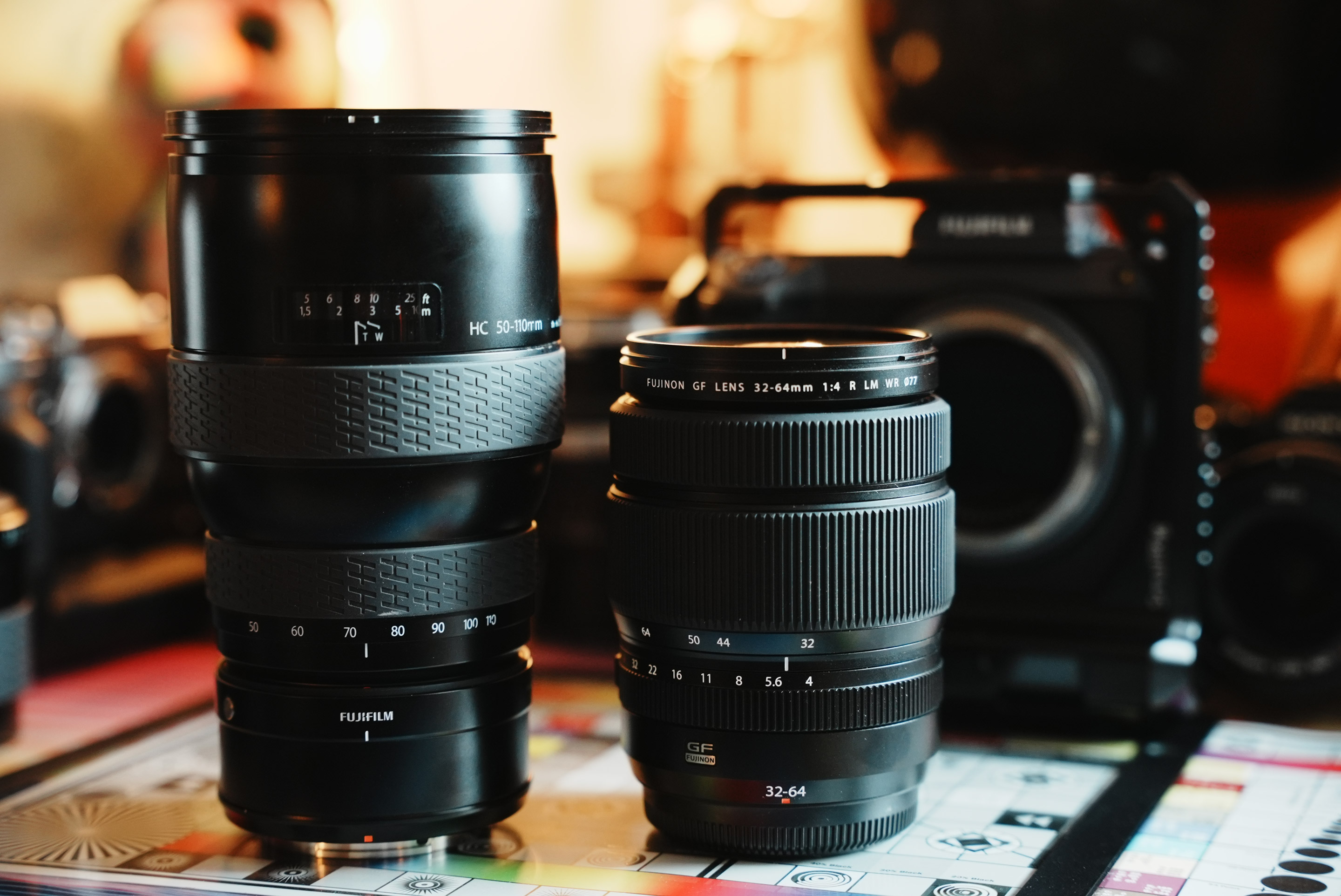 Granted that one is a 50-110mm F3.5-4 and the adapter needed to mirrorless also adds somewhat to the extension from the camera body. However, there is no autofocus with the HC lenses even with Fuji’s official adapter, you can only control the aperture.

Autofocus is really where the GF 32-64mm shines. All the moving elements are internal, which is astounding considering the size of the glass needed to make a medium format zoom of this aperture.

This means near-silent and very snappy autofocus, which will only get better as the camera bodies improve in future so the lens is something of a long term investment. 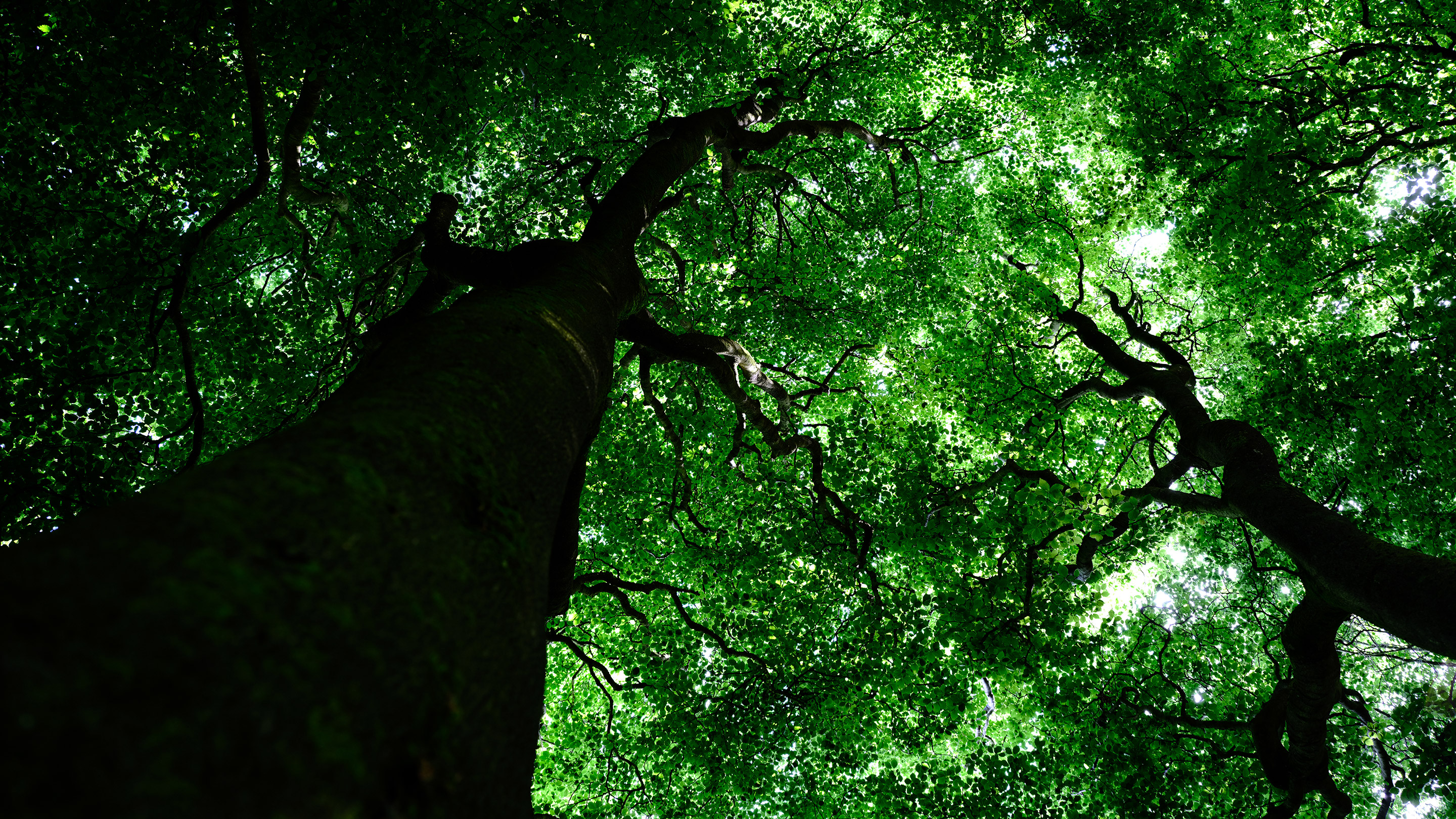 Here is a straight comparison between the 50mm F3.5 pancake and the Fuji GF 32-64mm F4 both wide open.

The pancake is a fantastically fun lens and nicely affordable – unique on any medium format camera really, and it puts up a good fight – but the zoom ends up out resolving the prime here, especially since the below sample shots are a very heavy crop (viewed at nearly 100% 1:1 pixel) of 100 megapixel RAW files… Enough to test any lens to the limits. 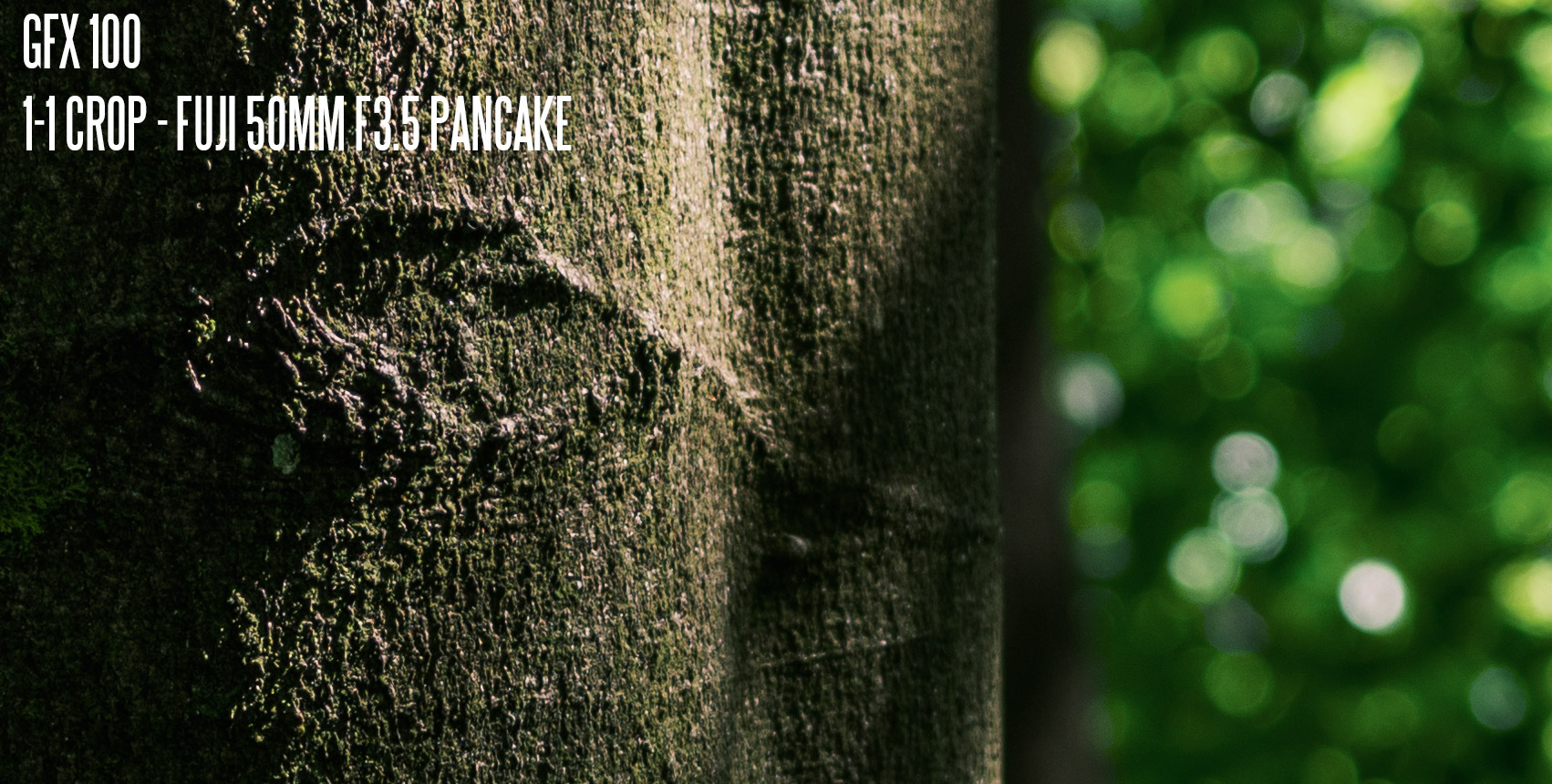 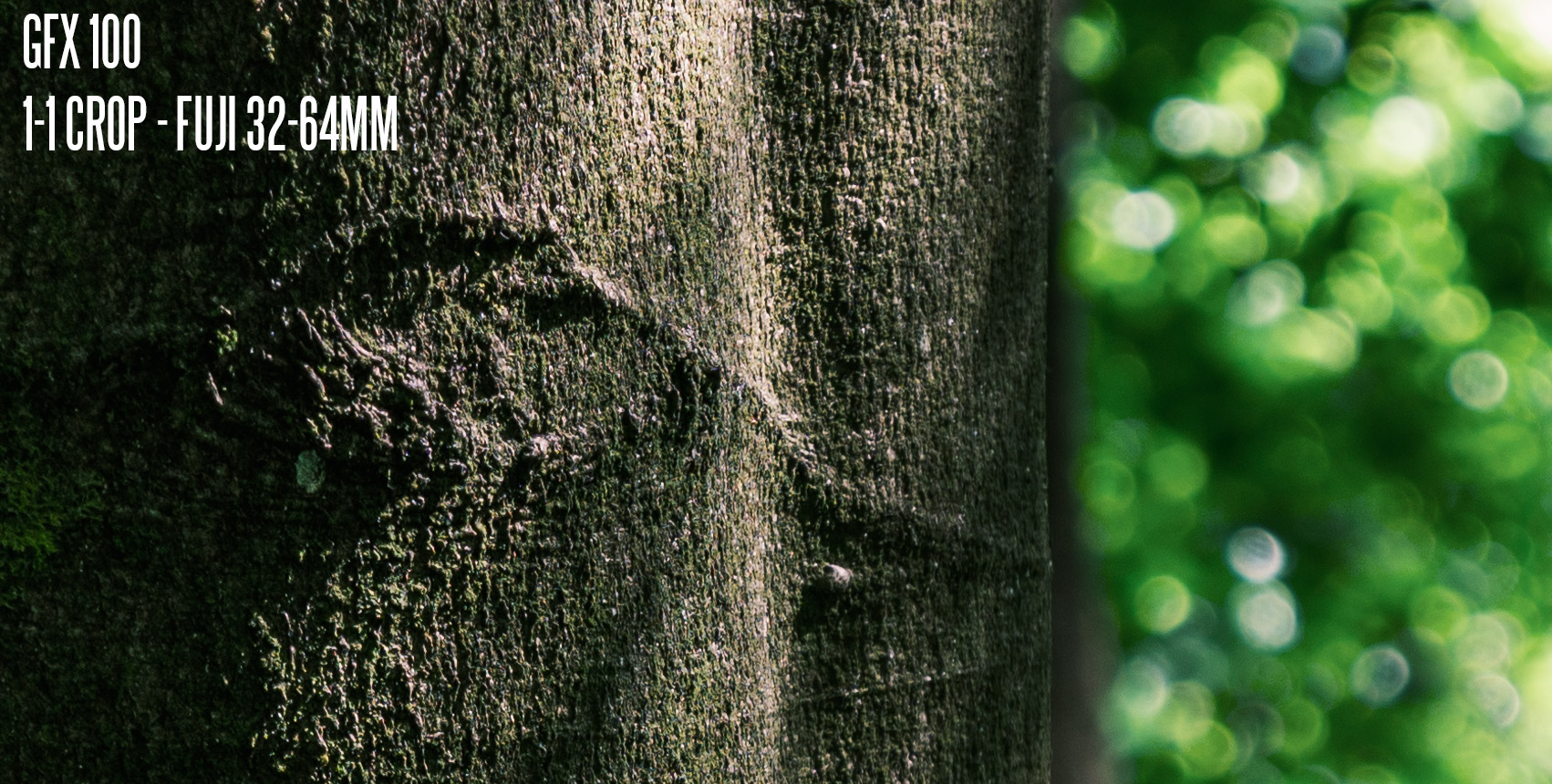 I also prefer the bokeh on the 32-64mm. As is common with zooms, a little bit more busy than a prime but it has a nice filmic rendering to it especially at the long end (64mm).

The minimum focus distance at the wide end of 32mm is approximately 50cm. But with the extra magnification of a high resolution sensor, this rarely puts anything but macro shots off limits. 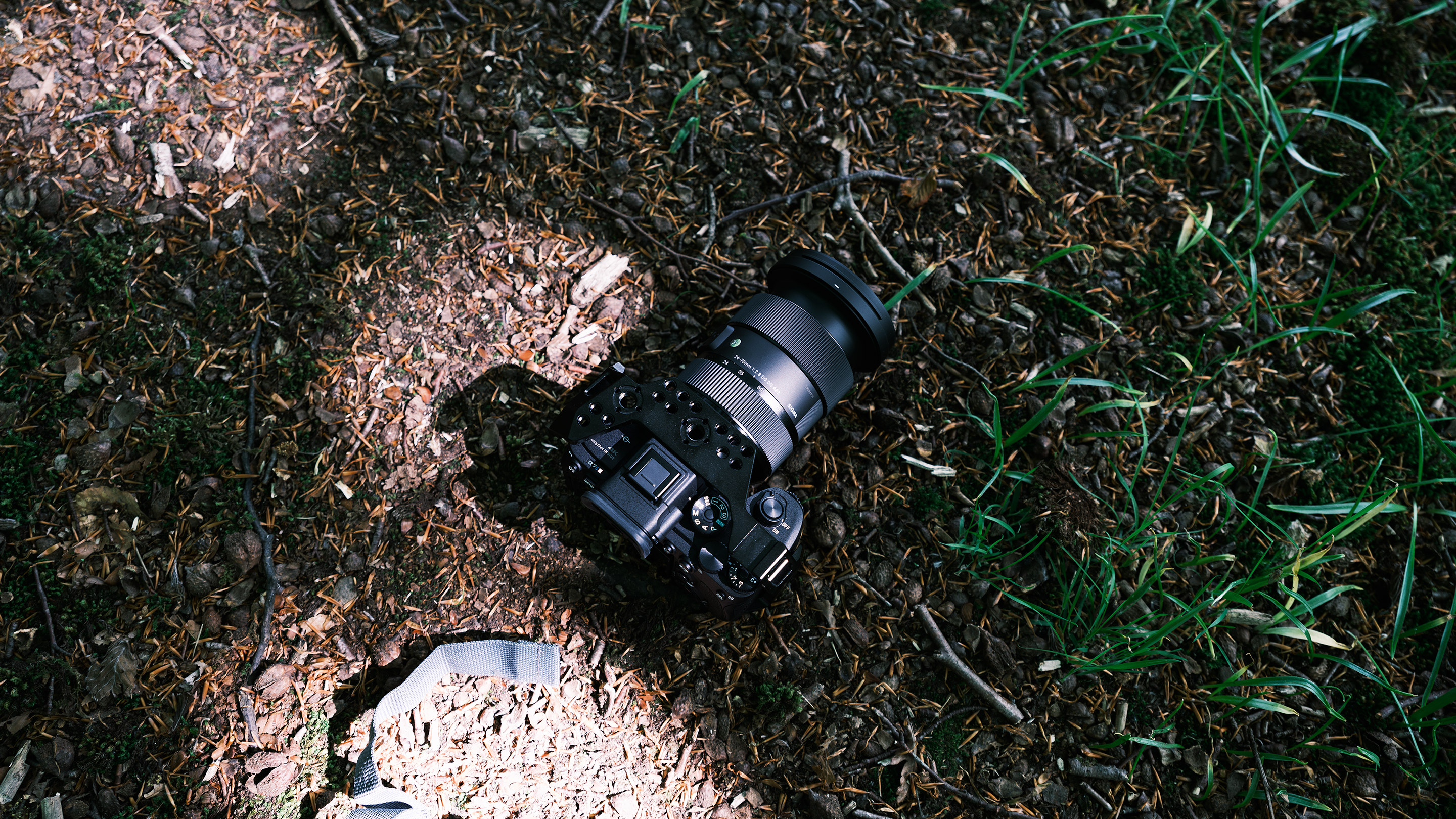 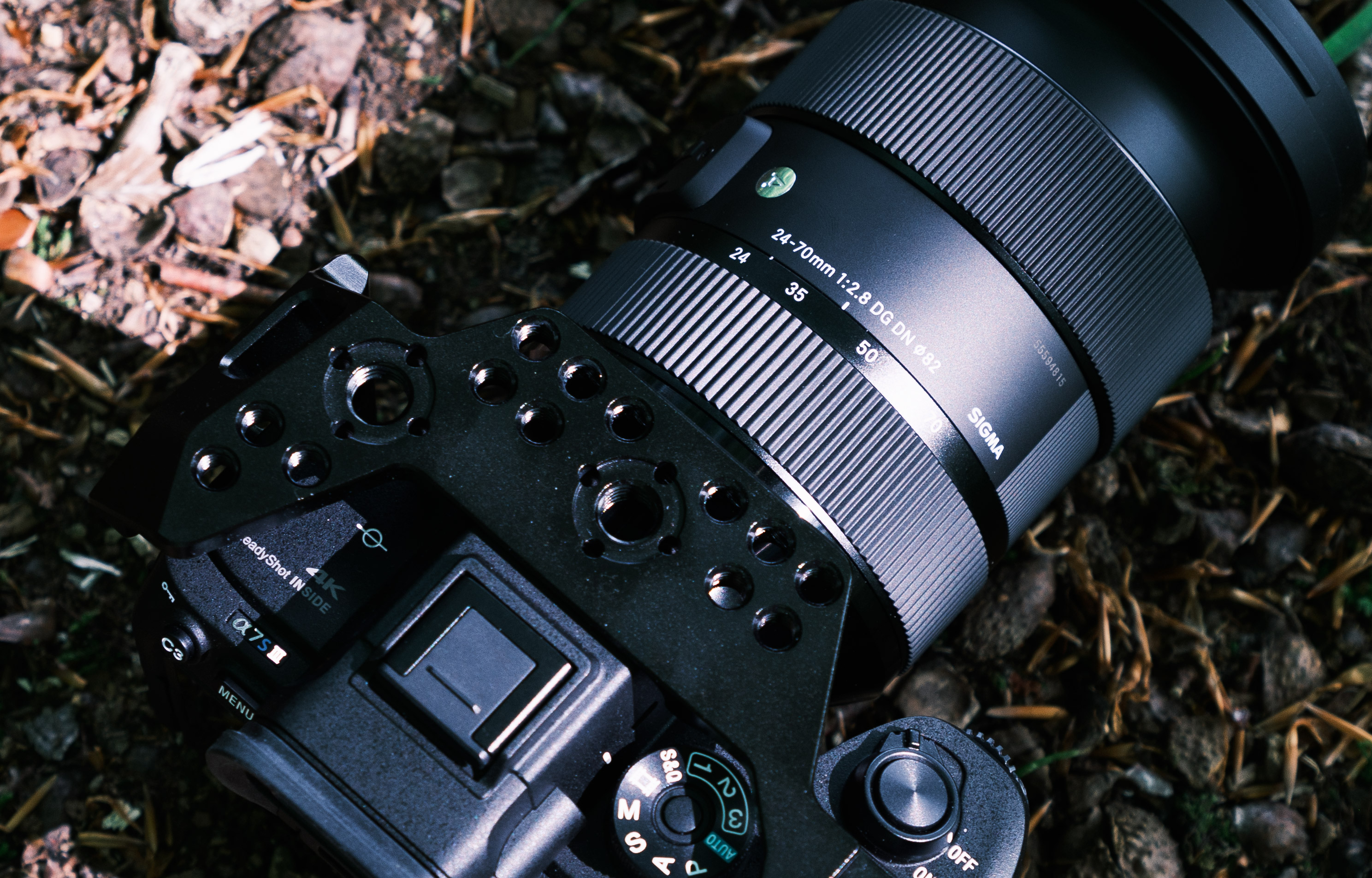 And one final sample shot, showing my new Sigma 24-70mm F2.8 on the Sony A7S III nestling in nature! 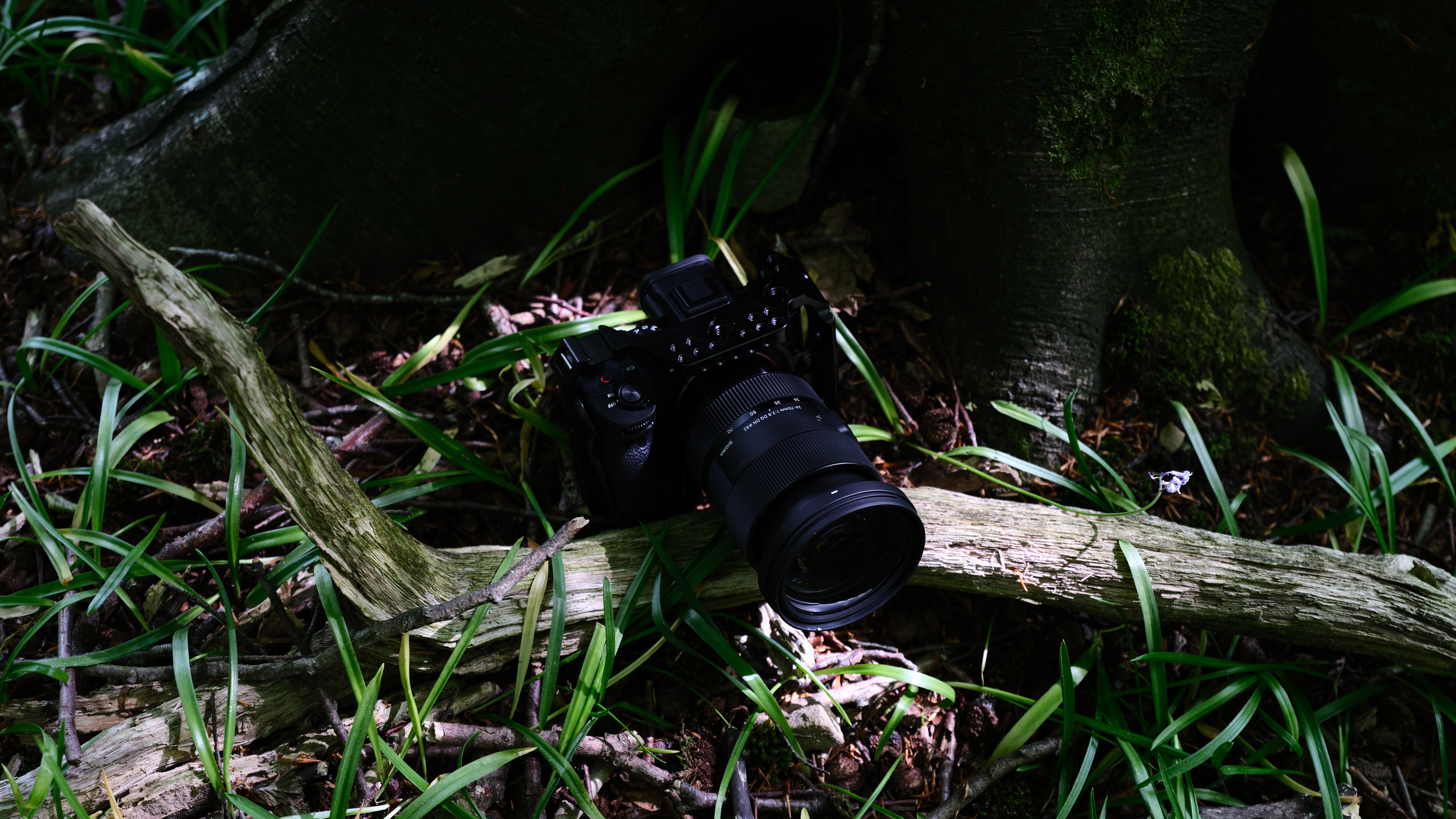 If you’re interested in another EOSHD Review about the 50mm F3.5 pancake – do check out my shots from that here!