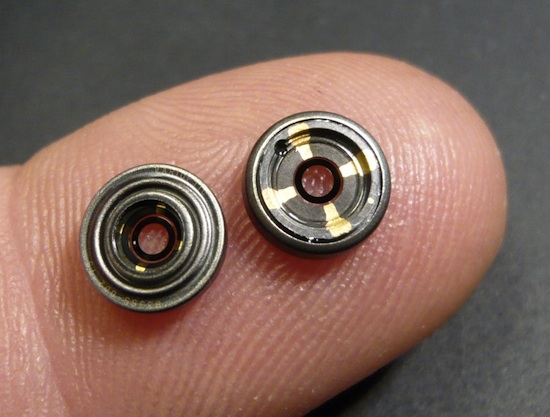 The Taiwanese manufacturer of the iPhone 4’s camera, Omnivision, are producing a small sensor that features a global shutter.

Sony meanwhile have patented new type of lens with liquid elements which vary in shape depending on an electrical charge being applied. This makes possible ultra tiny optical zoom lenses.

In the 2010 Omnivision patent filed by agents in California mentions a back-side-illuminated (BSI) CMOS sensor with global shutter.

Backside illuminated image sensor with global shutter and storage capacitor… The charge accumulated within the photodiode region for each pixel, enabling a global shutter signal to commence transferring the charge simultaneously for all pixels.

The current Omnivision sensor in the iPhone 4 records video with a hefty amount of rolling shutter. On a small sensor with a relatively low megapixel count a global shutter would be easier to implement, than say on a full frame 35mm sensor which would be prohibitively expensive for inclusion in consumer devices right now.

The Sony liquid lens meanwhile contains curved elements made of a special liquid between electrically conductive walls. When a charge is applied along the walls the liquid varies in shape, and so the type of element changes. Adjusting the curvature of the tiny lens elements allows the lens to focus and zoom without any bulky mechanical parts or motors.

An optical element whose optical property is changed by changing the shape of the interface between a first liquid and a second liquid using electrocapillarity (an electrowetting phenomenon) has been proposed.

Philips have also had a liquid lens in development, since before 2004 and some liquid lenses can have an optical stabiliser (OIS) capability.

It is certainly very exciting to realise that future cameras are going to be almost entirely electrical with no mechanical parts. The liquid lens is the step forward for optics required to reduce the size of such lenses dramatically, especially zoom lenses. The global shutter eliminates the mechanical curtain and any resulting noise, whilst improving image quality for video and dramatically increasing continuous shooting rates to above 24 frames per second at full resolution, depending on whether future image processors can handle such a lot of data in quick succession. 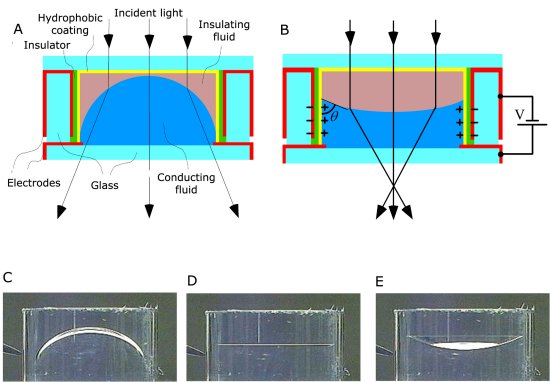