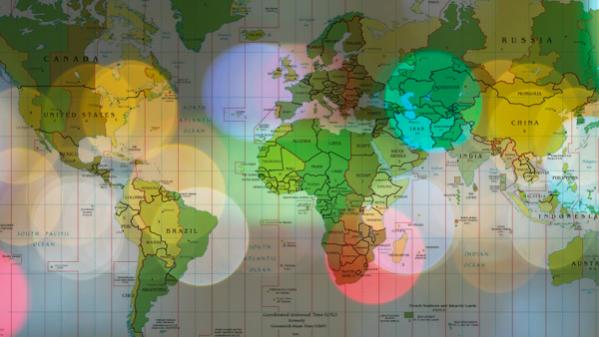 I’ve been keeping tabs on where the biggest interest in DSLR video is coming from via my Google Analytics. Last time I did this in April it was not a great surprise to see LA and NY at the top. Here is the new stat attack. In 1 month period between 10th September and 10th October EOSHD.com had 171,685 visits and 300,407 page views. The unique audience is around 86,000 people a month so it’s good to see a following that size. So first off I just want to say a big thank you. The DSLR revolution is getting stronger and stronger.

Cinematography and events surrounding it are now basically my life and as such I’ll be putting a lot of effort into building the site further when I move to Berlin next month. Here then according to Google Analytics are where the DSLR filmmaking hotspots are, at least according to my radar…

Other notable ones are Hong Kong and Taiwan in 13th and 14th. Surprisingly for the most populous nation on earth, China is 25th on the list. If anything, I think this shows how much the creative industries are tied to capitalism.

In the US, California in 1st is pulling ahead of NY in 2nd. But LA’s lead is nothing compared to the UK’s imbalance – London has 6,299 visitors compared to the next best city, Manchester with 407. It illustrates a problem with the UK. London is an amazing place, love going there and some amazing film work is being on there but London is an incredibly expensive city for most creatives. Many filmmakers start out impoverished and they rely on networking within a strong community to get by with favours and drum up interest. Almost all UK cities have a very small filmmaking scene compared to London and yet London is almost impossible to survive in due to high costs. The UK needs to do more to create an affordable filmmaking centre outside of London. DPReview.com was recently lost to Seattle and I have had no option but to take EOSHD.com to Berlin.

Germany, France and Canada are neck and neck in terms of interest on the EOSHD.com radar but in terms of size, the US is still 5x larger than each of the European filmmaking super powers. This is partly down to language barriers since the site is in English however, but that doesn’t explain how Japan takes the 2nd spot from the UK!

In Canada, Vancouver and Toronto are the places to be for filmmakers judging from my map. In Japan surprisngly Tokyo is in 3rd with Shinjuku and Shibuya taking 1st and 2nd.

What are DSLR shooters using to read EOSHD.com?

Over 75% of browsers are made up of Firefox, Safari and Chrome – all based on a similar open source Webkit based engine. Internet Explorer now takes just 18% of the share, which is a dramatic downfall from it’s glory days of 90%+ As a web designer I always hated the browser – non-standard to program for and not secure.

On the mobile market, the iPhone and iPad together have 83% of my readership with Android on 10%. Interestingly, even the iPod is ahead of the BlackBerry which has 1% – and that is supposed to be an iPhone competitor? Even Apple’s MP3 player beats it for web browsing it would seem.